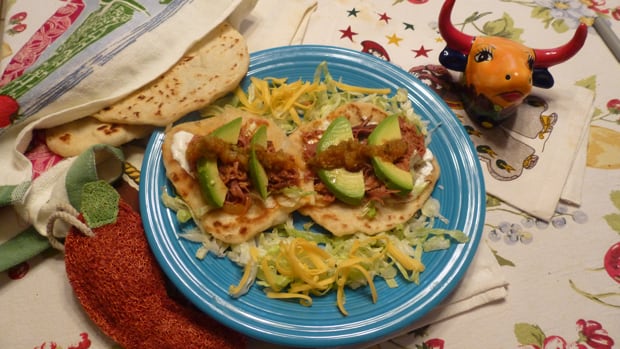 According to the Tortilla Industry Association (sign up now for the annual conference at Caesar’s Palace!), Americans eat 85 million tortillas per year. In my house, we go through more tortillas than slices of bread. My husband tries to convert any meal he can into a burrito, rolling up everything from yakisoba stir fry to Hamburger Helper—Cheeseburger Edition. I drew the line when he tried to bring a stack of torts to the table on beef bourguignon night.

Though you’re more guaranteed to find a pack of Mission flour tortillas in our refrigerator than milk and eggs, we have never considered making them ourselves. It’s one of those staples that are just there, without any thought to what’s in it or where it comes from.

Apparently, we aren’t the only ones whose tortillas simply “appear.” I thought that, living only an hour from the Mexican border, handmade tortillas would be an easy find. But while asking around at my favorite restaurants, I couldn’t find a single place making its own tortillas in-house. Refrains of “We bring them in from New Mexico” or “there’s some factory down south that makes them” burst my delusions of artisans. Unlike in my Spectrum Twitter Challenge fantasy, I could not find a surrogate grandmother to teach me the secrets of perfect tortilla-making.

Fortunately, we haz internets. I read a few flour tortilla recipes (I’ve never been a corn fan), and from AllRecipes to Cooks.com, the advice stays the same: use a cast-iron skillet for frying, and you must use lard. “Do not substitute shortening!” comments warn. Screw that, I thought. That would break my lifetime ban of buying a nasty box of the grossest-named food ever.

But then, at the grocery store, I found myself staring down a shelf of pretty blue boxes full of pure fat. God damn it. If I’m going to take on a Twitter Challenge, I have to do it right. The box of shame went into my cart, and into the tortilla flour.

My third tip I would add for tortilla-making: get a legit tortilla press. I used the necessary cast iron pan to smash each dough ball down, but they simply couldn’t get as flat as required for a true tortilla. Mine were more like Mexican pitas. Warm and flaky with a butter-fat crunch, but not as light and rollable as the tortillas we all know. You can get one online for under $20, so if you’re going to be trying this more than once, it would definitely be worth it.

We ate our homemade tortillas topped with chile pulled pork and avocado, but they would even taste good warm from the pan with nothing but a thin spread of butter. They cook up faster than pancakes, so it’s easy to make a large batch and serve them warm at the table. Although we’ll keep our bag of Missions around for the everyday meals, I’d absolutely recommend frying up a batch of your own. The dough is the easiest you can imagine, and the freshness transforms any taco or burrito topping into something truly memorable. Here is the recipe I used from AllRecipes, with an upped dose of lard to give the dough a better texture. In for an inch, in for a mile.

Whisk the flour, salt, and baking powder together in a mixing bowl. Mix in the lard with your fingers until the flour resembles cornmeal. Add the water and mix until the dough comes together; place on a lightly floured surface and knead a few minutes until smooth and elastic. Divide the dough into 24 equal pieces and roll each piece into a ball.

Preheat a large skillet over medium-high heat. Use a well-floured rolling pin to roll a dough ball into a thin, round tortilla. Place into the hot skillet, and cook until bubbly and golden; flip and continue cooking until golden on the other side. Place the cooked tortilla in a tortilla warmer (or do what I did and set the oven to Warm and let them sit in there); continue rolling and cooking the remaining dough.