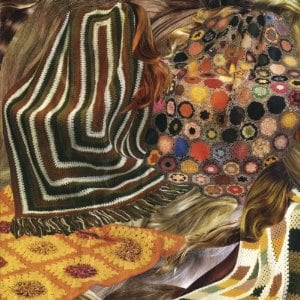 [xrr rating=3.75/5]It’s hard not to grin a little at the title of Ty Segall’s newest solo LP, Sleeper. Instead of maybe taking a break from recording and performing music and getting some actual sleep, it fits Segall’s work ethic to record an album about sleeping instead. Sleeper arrives less than 12 months after his last full-length outing, the excellent Twins, which was already the last in a trilogy of albums released by Segall that year.

2012 saw Segall in full on bash rock mode. Twins leaned heavily on his noised up variation on the sensual rock ‘n’ roll of Marc Bolan, the White Fence-assisted Hair leveled weirdo psychedelic tendencies against dexterous garage rock and Slaughterhouse was a full-on viscera-streaked apocalypse befitting the record’s name with Ty’s inner punk rock wildman finally loosed from its cage. As its title suggests, Sleeper is, well, sleepy by comparison. Sonically, the only precedent for Sleeper’s bare bones approach is Segall’s 2011 record, Goodbye Bread, which still kicked a whole lot of ass. The most prominent instrument here is an acoustic guitar. However, it’d be a tad misleading to call the album his folk record.

For those partial to the Ty Segall ricocheting off the walls on Slaughterhouse (this reviewer included), Sleeper can be a bit of a cold shower. But the direction makes sense. Another record of freakout rock would have been one too many and Sleeper showcases a sensitive, vulnerable, stripped down side that’s been there from day one. It also happens to be really good. Segall is probably a strong enough songwriter to do a whole lot of damage with just his voice and a guitar, but Sleeper offers subtle and diverse arrangements that add striking depth and color to the proceedings.

The title track is a breathless overture filled with rustic strings that build across the song while “The Keepers” pulls from Desire-era Bob Dylan, finishing out with a whistled melody and some steel guitars. “The Man Man” is the only song to feature an electric guitar, closing with a double-tracked guitar solo. “The West” employs some actual harmonies. “She Don’t Care” might be the record’s standout with its heavenly string section and falsetto chorus. Segall is careful never to repeat himself across the length of Sleeper and it helps each track stand on its own.

Segall’s output is such that it’s easy to believe Sleeper is a temporary side step into quieter territory, but the album sees the San Franciscan continue his growth as a songwriter as well. He’s incorporated a pop sensibility into much of his recent work, but Sleeper gets at something deeper and more refined, laying his approach bare with thoughtful arrangements and lyrics. Sleeper is more than the requisite acoustic record from a rock ‘n’ roll lifer while it also concretely alleviates any doubts that he’s just a one trick pony. Who knew Ty Segall Unplugged had as much to offer as the feedback drenched dispatches of his previous albums?