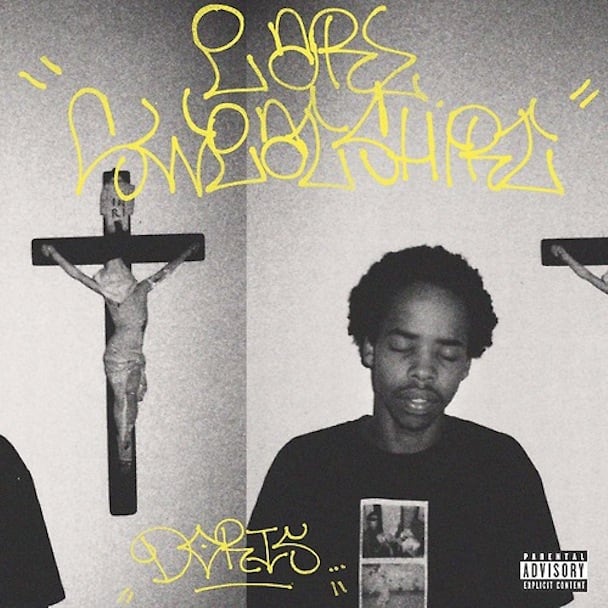 [xrr rating=3.5/5]Everyone who was following hip-hop in 2010 knows where they were that summer the first time they saw Earl Sweatshirt’s video for “Earl.” For many, it was the first glimpse into the shocking world of Odd Future. Yet, along with the unforgettable imagery of a bunch of teenagers overdosing on some bizarre concoction, was the backing of some of the absolute most technically impressive rapping around. As word spread, details soon emerged that the MC responsible, Earl, was 1) 15 years old and 2) not “here” anymore. An internet manhunt and “free Earl” campaign was launched, revealing about a year later that Earl was at a behavioral rehabilitation center for troubled teens in Samoa. While rumors persisted that Earl had quit rapping, 2012 saw him make his shocking return with the group in New York City and announce that, yes, an album was in the works. At long last, Doris is here.

Three years is roughly two lifetimes in rap years on its own, but given Earl’s age it might as well have been a decade. To put it in some perspective, Earl was 15 when Earl was recorded and released in 2010. The time between then and now is the age equivalent between the summer of your freshman year of high school and the summer after graduation. In terms of maturity and interests, that might be the biggest three year gap any human being ever goes through and, given the subject matter of Earl was either grisly rape and murder scenes or melancholy teenage observations, a significant shift on Doris was to be expected. Lucky for us, it wasn’t the sophomoric humor (which got a pass as Earl was an actual sophomore at the time) that drew us in, it was the flat-out incredible rapping. Fortunately, there’s still plenty of that intact.

The son of African poet Keorapetse Kgositsile, Earl’s perhaps genetically predisposed to become a better writer with age. From the hauntingly stoic “Hive” to the introspective study of “Chum” to the braggadocious brutality of “Whoa,” Earl does it all and does it incredibly well. But, perhaps because of the resources that Odd Future has acquired in the intervening years (i.e. their entire empire), the punch has been a bit diluted by outsiders. What made those first few Odd Future projects so strong was largely due to Tyler’s vision and ability to accentuate his collaborator’s strengths while hiding their weaknesses. With Doris coming out as something other than an entirely in-house Odd Future production, the vibe occasionally drifts into a territory comparable to those first few Wu-Tang solo albums after Wu-Tang Forever where the MCs stopped working directly under RZA and let other forces guide their projects.

Here, even when working with Odd Future affiliates, there are often too many cooks in the kitchen. Earl’s gotten into a zone where few MCs ever arrive, and the fact that his long-awaited album opens with an underwhelming 90 second verse from Frank Ocean’s cousin SK La’Flare is just a baffling choice. Later, while Vince Staples’ appearance on Earl’s “epaR” was regarded by many as the project’s lowlight, somehow he winds up making no less than three appearances on Doris. Mac Miller is here too, as is Frank Ocean who spends his cameo not singing, but rapping. While sometimes these outside forces work (the Neptunes’ production on “Burgundy,” RZA on the album’s highlight “Molasses”), Doris suffers not just from not enough Earl but not enough Earl. Still, he’s easily one of the best at his craft, and Doris is as strong as any release from a promising young rapper who’s had to do a stint against their will in Samoa.