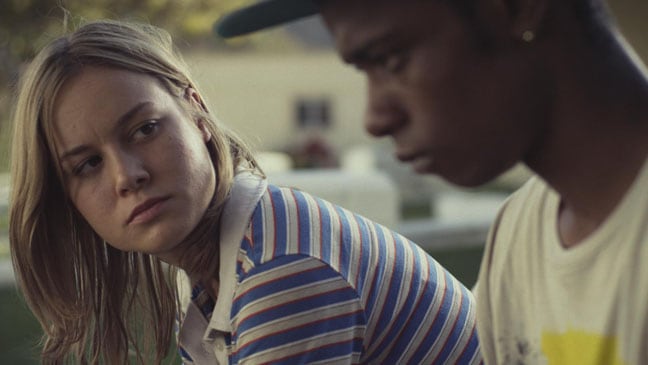 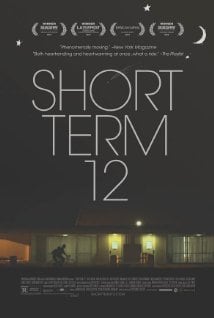 Short Term 12 plays an interesting bait and switch with its opening scenes. We meet Nate (Rami Malek), a young man who is starting his first day working at a facility that takes care of at-risk teens. But Short Term 12 doesn’t use Nate’s initiation as a surrogate for the audience as we plunge into the world of troubled youth. Instead, the film is a very touching look at both the unfortunate children who live in the facility and the private lives of the people who care for them, creating an emotional and mostly authentic experience that cuts through the explosions and other horseshit that gum up the theaters this time of the year and presents itself as one of the candidates for Best Film of 2013.

Nate actually fades into the background as the film progresses and we instead get to know Grace (Brie Larson), a caregiver who could have easily been one of the children she is now working with. Much of Short Term 12 shows how Grace’s interactions with her charges prove to be as much therapy for her as for them. Working by her side is her boyfriend, the warm and disarming Mason (John Gallagher Jr.). While Grace is steely with the kids, Mason is her perfect foil with his self-deprecating wit (we first meet him as he delivers a story about shitting in his pants). But when Grace gets pregnant, her past demons begin to catch up to her.

Director Destin Cretton’s second film has a sneaky emotionalism that forces us to push past its characters’ rough self-defense mechanisms and see the scared little children inside casting up those big, scary projections. Named for the facility where most of the story takes place, Short Term 12 focuses on just a few of the troubled teens that live there. Marcus (Keith Stanfield) is an angry African-American who is about to turn 18 and lose his place in the ward. Sammy (Alex Calloway) is a young boy with rage issues who constantly tries to run away. And new arrival Jayden (Kaitlyn Dever) is a cutter who shares similar trauma with Brie.

Short Term 12 races by with its brief running time, but its ambling plot works to reveal a naturalistic discovery of its characters. Like Nate, we are new, and while Marcus and the others may present themselves as unlikable, Cretton works to strip away the layers and make us care. It’s a rehab film that doesn’t pander; there are no big scenes designed to make the groundlings stand up and cheer.

Grace’s character, however, may keep Short Term 12 from reaching classic status. As she tries to hide her pregnancy from Mason, she becomes closer to Jayden, recognizing herself in the girl. Cretton, however, allows some unlikely changes in her character, culminating in a home break-in scene that feels false when played out against the other excellent scenes here.

I have spent the past two years working with at-risk kids (as Cretton himself did) and Short Term 12 is a testament to both the triumphs and heartbreak that come with the territory. This isn’t Dangerous Minds; the exultant moments are ones of quiet success, without swelling music to cue us when to applaud and when to cry. The emotion that does ring through at the end feels real, making Short Term 12 one of those movies where it’s appropriate to weep without feeling manipulated.