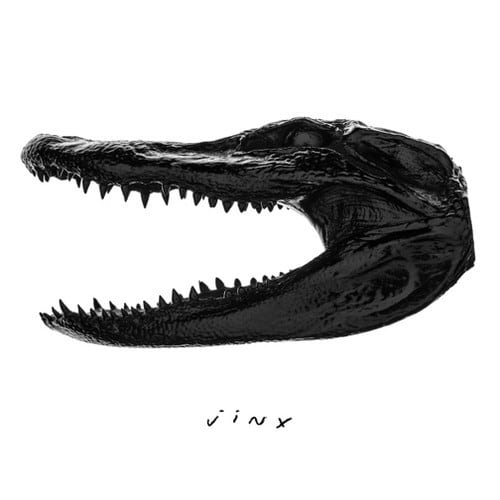 [xrr rating=3.0/5]I don’t really want to second-guess anyone’s most basic artistic choices, but this might not be the best time for a band that wants to distinguish themselves as unique to choose the moniker Weekend. Dwarfed in notoriety by Vampire Weekend and the Weeknd (not to mention Canadian band the Weekend, Baltimore lo-fi band Weekends and, for those with longer memories, Welsh band Weekend, singer Alison Statton’s short-lived group after the dissolution of Young Marble Giants), the San Francisco group is already likely to be dogged by enough comparisons thanks to the fuzzy drone of their music without inviting confusion over exactly which of the bands in the “W” section they are. Their sophomore full-length, Jinx, sounds like it was genetically engineered for the college radio playlists of a generation ago, when certain bands handled the uncertainty over whether they should absorb the influence of their post-punk, new wave or goth forefathers by appropriating a little bit from all of them. A current band could probably aspire to something less worthy than the rough style and presumable career trajectory of a less pop-addicted Psychedelic Furs, but let’s be real: they could do a whole lot better too.

Jinx opens with “Mirror,” with spectral tones that build until the buzzier edge kicks in, complete with a moody, angry Joy Division backbeat. Adding to the sense of indebtedness to the music that once rattled dirty Manchester club walls is the repeated refrain of “I feel sick, sick, sick, sick/ In my heart.” The band reportedly relocated to Brooklyn in part because of family issues faced by lead singer Shaun Durkan, and the sense of gloom is pervasive. At its best, the music on Jinx seems to be at war with itself, different layers of the song tearing at one other like agitated enemies. The lyrics often fade into oblivion, like a rock sinking into murky water, growing more indiscernible as it glugs to the bottom. That suits things fine, as it adds to the sense of loss and dislocation. Tight as it often is, this is music flailing its way to the exit. “July,” “Sirens” and “Rosaries” are all morose meld, holding together in thick sonic chunks.

Weekend expanded to a quartet on this release, adding bassist Nick Ray to the roster, and there’s certainly richness to the sound. They’re reaching back to an era and a style not short on studio panache, giving producer Monte Vallier (who was also behind the boards for their 2011 EP, Red) a chance to put his own stamp on the album with a certain battered sheen. On “Oubliette,” he even manages to make them sound almost like a peppier Marillion, an odd goal, perhaps, but one that fits snugly with the album’s vibe of retro romantic doom. If some headphone-adorned time traveler had placed Jinx in my hands back in my own college radio days, I would have undoubtedly thrilled to play it on air, although I probably would have waited until some time in the one a.m. hour. Some albums simply have their time and place.