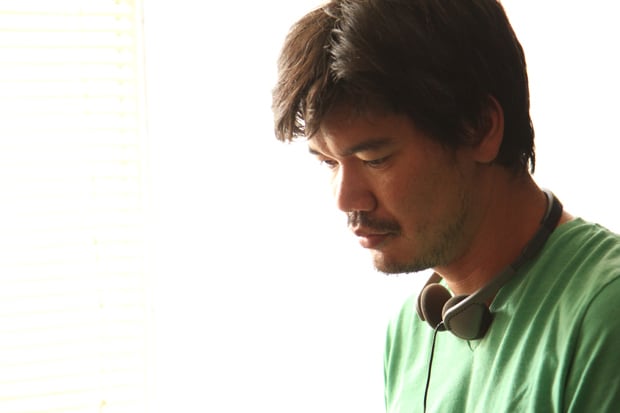 Short Term 12, a story of teenagers struggling in a rehab facility, is easily one of the best films of 2013. Director Destin Cretton has created a heartfelt and heartbreaking story that pulses with humanism, wit and empathy. Recently, Creston took a few minutes to speak with Spectrum Culture about the genesis of the film’s story, his time working in a similar situation and how all films are manipulative little bastards.

The thing I appreciated the most about Short Term 12 is that you neatly side-stepped a lot of the clichés that are often attributed to rehab movies. Did you set out to actively avoid those?

There are certain things that are clichés for a reason because they are actually a part of that world, but most of the situations and storylines in this film are pulled from real life experiences that I had or interviews that I conducted with other people. I do think that in itself helped the storylines from feeling contrived. I just followed the real stories that they are based on. In the same breath, it is that itself that we were all very aware of in terms of the challenge of making a movie like that feels fresh and showing the different side of a coin that people haven’t seen before. I was always aware of that and all of our actors were aware of that in the way that they are portraying the characters.

My belief is that all films are manipulative, no matter if they are documentary or fiction. But, you can be manipulated into feeling an emotion and not know you’re being manipulated or you can be manipulated with the swelling music and the one guy clapping first until everyone else falls in line. I felt like the emotional scenes in Short Term 12 felt earned rather than canned.

Thanks! I’m glad. I don’t like it when I feel like a movie is talking down to me. I love being emotional in movies and I love being caught off-guard by things. I don’t like it when it’s so blatantly in your face trying to tell me what specific emotion I should be feeling at that time. I couldn’t agree with you more. All of film is an illusion in one way or another. Some form of a magic trick or a lie in a lot of ways. When it comes to this story, we just did our best to be as sensitive and as honest to ourselves as we could. I hope that comes across.

I think you pulled a really interesting bait-and-switch at the beginning of the film. When it began, I thought it would be Nate’s story. When you see a movie like this the audience is made to identify with the beginner, the character who is uninitiated in the world we’re entering. You pulled an interesting trick there and Nate isn’t even that big of a character. It’s more about the other people.

I am glad that worked. A lot of people seemed to be fine with it. But the camera just kind of moseys around in the first 10 minutes of the movie and then it ends up landing on Grace. But naturally, I think most people think it’s going to be Nate’s story. That was never something that was of interest to me.

That would have been conventional.

Yeah, but I adore that Nate character. All the emotions that he’s feeling are exactly how I felt when I was working at that place during the first month.

It was in California. I don’t say specifically because I don’t want people thinking that the movie is based solely on that place. It was my first job out of college in Southern California.

Your characters acted a lot like my students. They put up these big, scary veneers at first but when you get to know them better, they are these scared little kids and they trust you so much. Like in your movie, when you first meet Jayden and Marcus, they do not present themselves as very likable, but by the time the film is over, you really like them.

That was a lesson I would constantly learn and re-learn while I was working there. That’s also something I constantly re-learn in my everyday life: my first impressions of people are almost always wrong. I think it’s something we all do – put up weird little stunts to protect ourselves in the beginning and once you get to know someone you realize they are not the asshole they initially showed themselves as.

In the film we saw some pretty extreme behavior such as cutting and suicide attempts. How much of that did you actually witness in your job? That’s some pretty hairy stuff.

I experienced cutting to a certain extent. There were no blatant suicide attempts on my watch when I was there. There was one kid who loosely inspired the Marcus storyline. He was a really great kid but as it was getting closer to his 18th birthday he was acting like he was excited to leave and saying that he had all these plans and things that he was going to do. He also started acting up a lot. He was once a really great, positive leader for the other kids, but as the time approached he started cussing kids out and being more aggressive. It escalated to a moment where he, out of the blue while he was talking to one of the staff members who was a co-worker of mine, grabbed this staff member and started head-butting him in the face until he split his nose open and sent him to the hospital. Then he went to juvie, so he figured out a way to stay in the system. That kind of stuff did happen when I was there. A lot of the intense things didn’t necessarily happen on my watch, but they were all taken from stories from people while I was researching for the script.

When the film ends we get the impression that everyone is going to be somewhat okay. Not necessarily in great shape, but in better shape than when we started. That’s pretty much true for everyone?

Yeah, I think everybody has learned a little something.

Did you ever toy with the notion of not having a not-so-happy ending for some of the characters? Or was that never in the cards for them?

If you watch the short film, it actually ends in the thick of it. It’s just a tiny glimmer of hope, but it’s pretty depressing. Something happened through the writing process of this. This was something I gathered through my research and from hearing those stories: the lows in this environment are so low that anyone who works there just clings to those highs. Those moments of hope when you see a kid get over something or learn something or try to move forward. Those highs are very important to everybody. There’s no fictional view of those highs. Everyone knows that they are temporary and that they are not going to last very long. Everything happens in a cycle. I felt I owed it to some of these characters to end the movie on the up cycle but to also leave all those stories open-ended. If you really think about every story, we just happen to end it in the upswing but you have no idea what’s going to happen. When I think of the Jayden character it’s so complicated. It’s the saddest thing in the world that she has to settle down in a group home. I can’t think of a sadder thing, but it’s also great that she is taking steps away from her abusive father. With the Sammy character, visually it’s interesting and kind of funny, but he’s still stuck in his own little world. To me, there’s still a lot to think about with the ending, but I think it’s a non-cynical outlook on that world.

You did put a Superman-style cape around Sammy’s neck there at the end.

We always joke that if we make a sequel that it begins with that shot and Sammy takes off into the air and it becomes a superhero movie.

Humor runs throughout the movie. I know that even in these horrible situations that you need humor to get through them.

Totally. 100%. That was something I quickly learned there and was consistent with every person working in that environment. It is necessary for survival and necessary to just keep you going back to work every morning. Humor in storytelling is a way to release and work through some of the intense experiences you’re going through every day. That was something that was very important to all of us in portraying the world.

One of your adult characters, Grace, has a history similar to these kids. Did you ever toy with the notion of not having her damaged as well or was that always inherent to your vision?

How long did you work there?

Yeah, I did it for the same amount of time. After a while you begin to feel like you have nothing left. Was that something that you experienced?

Yeah, it’s pretty draining. Some of the people we interviewed have been working in these jobs for over 20 years. I have no idea how they do it, but they found a way to just see it as a job and put it on when they go to work and take it off when they come home and live a normal life and then do it the next day. But I have no idea how they do it. It was extremely draining for me as well.