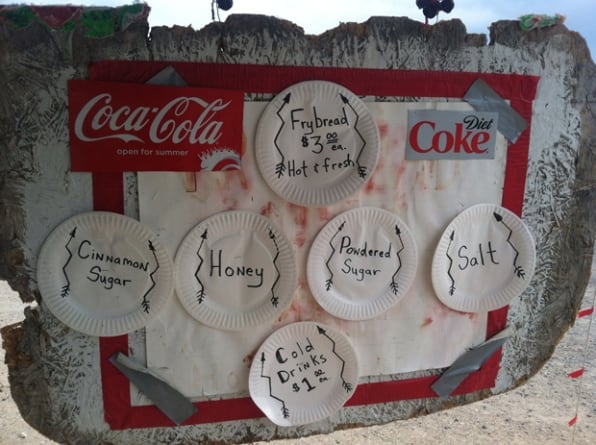 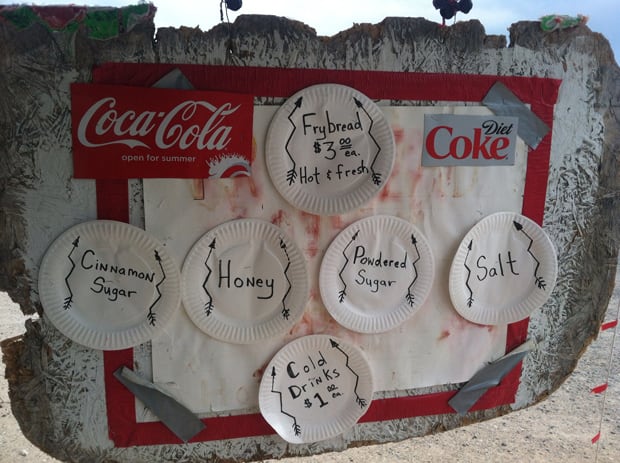 Arizona in August: yes it’s hot, and yes it’s a dry heat. While neither of those factors proved to be unbearable during my visit, it was virtually the only aspect of the vacation I talked about with anyone prior leaving. Ninety percent of those conversations took on a negative tone along the lines of “why in the world would you go to the desert in August?” This does Arizona a severe disservice. You arrive expecting a landscape akin to the surface of the moon with the temperatures of the sun. Instead, you’re greeted by gentle forests of ponderosa pine and endless vistas of native grasslands that give way to mountains in the distance. It is a climate that supports apple orchards and wineries, agricultural endeavors that don’t exactly scream “desert.” The 100-mile views afforded by the desert landscape were hardly scorched and desolate but instead somehow welcoming.

The same can be said for many of the eateries we visited on our trip, which started at the South Rim of the Grand Canyon and snaked further south through Sedona, Jerome and Phoenix with a few stops in between. The common thread that ran through all of them was an approach that favored simplicity. Dishes were not fussed over, larded with too many ingredients or served with presentation that was too cute. Many featured spicy chilies with balance, instead of devolving into a Southwestern cliché of hotness. Our fear that the trip would be one long slog through skin-crisping temperatures turned out to be the typical ignorance of East Coasters.

The food will come in a second but, first, the Grand Canyon. There are many, many incredible things about visiting such a natural wonder but the one that left the biggest impression on me was the stillness and silence of the land. You would expect that something so vast would be loud. Wind roaring, hawks calling out and trees rustling. On the third day of our trip we hiked out to Shoshone Point on the South Rim and sat on the edge of the canyon in hushed silence, my wife and two sons by my side. At that point, from one edge of the canyon to the other it is roughly 10 miles, and a view of another 30 miles to the west, give or take another mile down to the canyon floor. The vastness of that view stood in inverse proportion to how quiet the ambient noise was around us. Those few moments of serenity alone were worth the price of admission.

The El Tovar is the centerpiece of the many lodging options at Grand Canyon Village. It is mere steps from the back of the hotel to the rim. It’s recognizable as a location from National Lampoon’s Vacation, but it has much more in common with the Overlook Hotel than any old Chevy Chase shtick. Native American motifs are painted onto the hallway walls and imperious stuffed elk heads greet you in the main lobby.

The El Tovar dining room is the main formal dining option in the village. I’ve come to temper my expectations of hotel dining over the years but there was no reason to here. My wife and I split entrees of perfectly cooked trout, adorned with rosemary orange butter and a salmon tostada that I was very skeptical of when I first saw it on the menu. Both dishes were excellent, however. Rosemary and orange are both ingredients that have the potential to overwhelm, but they were handled deftly here and heightened the already flavorful trout. The tostada seemed like something that wouldn’t work on paper, but again the fish, salmon in this case, was cooked well and the corn salsa that topped it was spicy at just the right level, teasing the back of your palate rather than setting your whole mouth on fire. My children feasted on hand-cut French fries and chicken fingers.

Sedona is a town best enjoyed along its outskirts. Awe-inspiring red rock formations surround the downtown, which is more or less made of 50% T-shirt shops for tourists, 40% other shops designed to reel in more tourists and 10% restaurants because, again, tourists. Taos Cantina came recommended to us by my sister-in-law. Despite its outward appearance as another tourist trap, Taos Cantina’s food was surprisingly well done. We ordered fish tacos and shrimp ceviche for the table, and they came with a mango salsa that was a shade on the sweet side. The fish for the tacos was chili crusted sea bass, served in chunks but not overdone, which was impressive considering how easy it would be to overcook the small pieces. The shrimp ceviche was straight out of the ceviche playbook but it didn’t suffer from its lack of imagination. The shrimp was tender, the avocado, tomato and onion mix was proportioned right and overall it was enjoyable enough. My two sons picked at French fries and chicken fingers.

Jerome is everything Sedona isn’t. An old mining town that came close to being abandoned, small art galleries, bars and restaurants line its winding downtown. It is where Maynard James Keenan, frontman of Tool, operates a tasting room for his winery Caduceus Cellars. It looked delightful from the outside, wood frame tables holding bottle after bottle underneath. A couple enjoyable small plates and a few glasses of wine in the window. With our children in tow, it was not to be, leaving me only with my memory of hijacking a copy of Lateralus from my college radio station for a few weeks until the station manager demanded it back.

We instead happened upon the Flatiron, an impossibly small space of four tables, a bar and a patio with two tables across the street. From that small kitchen came an excellent chicken salad, a breakfast burrito laden with green chilies and one of the better cappuccinos I’ve had in quite a while. We sat at the patio across the street and while the three-person staff could have easily forgotten about us, they frequently refreshed our drinks and were then honest and friendly in saying that it would be easier if we made the trip across the street for refills towards the end of our meal. This was the only meal excluding breakfasts that our children did not dine on chicken fingers and French fries.

Indian Frybread, somewhere outside of the Montezuma Castle National Monument

On our way down to Phoenix from Jerome, we did what good tourists do and stopped at various sites along the highway. Outside the entrance to Montezuma Castle stood a broken down car and wooden stand that advertised “Indian Frybread and Jewelry.” We stopped for some frybread, my sons opting for the fried dough topped with honey, my wife and I cinnamon. The proprietor figured he’d been at that same corner, diagonally across from the Cliff Castle Casino, serving the same kind of frybread for 20 years. The car looked as weathered as those 20 years sounded long. At the end of a lengthy vacation, and with nothing ahead of us except for the hour’s drive to Phoenix, there was nothing wrong with fried dough. At least it wasn’t chicken fingers and French fries.