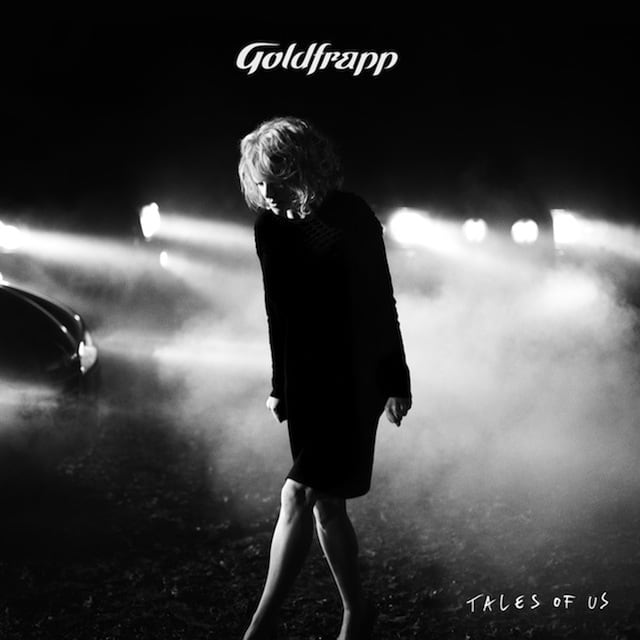 [xrr rating=3.25/5]There are moments when listening to Goldrapp’s sixth studio effort, Tales Of Us, when one simply forgets to breathe. Forty-four minutes of acoustic instrumentation and Alison Goldfrapp’s distant, yearning whispers, the album’s 10 tracks find the duo in the densest of all-encompassing dreamscapes. More high-art concept than aural endeavor, Goldfrapp and long-time collaborator Will Gregory, debuted the album within the grand chapel of Albert Hall. The expansiveness of the album requires such a setting for optimum enjoyment.

Lead-single “Annabel” opens innocently enough, with a subtle Latin-influenced acoustic guitar adding weight to Goldfrapp’s psychedelic murmurs. Resonating with the power and brilliance of Grace Slick, Alison’s vocals, in union with a brooding cello arrangement, entrap listeners with the ease of mythical sirens. Throughout the album, these deep cello tones are used as a counter-balance for the intentional frailty of Goldfrapp’s delivery. As “Annabel” closes, the chill of “Drew” sets in; a dark cello-assisted fervor that climbs towards the brilliance of the cathedral’s glowing stained-glass windows. No matter the tempos of Goldfrapp’s releases — ranging from Supernature’s club-ready “Ooh La La” to Seventh Tree’s “Clouds” — Goldfrapp have always produced music for escapism. After doing so for nearly 15 years, a long blink is opportunity enough for Goldfrapp’s “Stranger” to sweep us of our collective feet and to that enchanted chapel.

The tribal pulse of “Thea” is the one track on Tales Of Us that even flirts with the electro-energy of the outfit’s former endeavors. But meant to be consumed in its entirety, the album is truly without a single and requires attentive listening if one hopes to maintain the visceral connection established during the first three tracks. During initial listens, the guitar interplay on “Alvar” simply listens like a weak bridge connecting choruses, but after falling fully into the track, a series of wandering synth beams whip through the spaces of Alison’s dissonant echoes. And on “Simone”, it’s the cries of a violin and intermittent harpsichord that add textures to an aural whitewash.

Once the imagery is lost, so is the effectiveness of Alison’s dance through the cinematic interludes. Penultimate track “Laurel” — which sounds like a failed 007 theme-song — lands with such a hobble, that it practically begs for James Bond to jump in and save it from itself.

In essence, much of the trouble with Tales Of Us lies in the ability to actually consume the album in its entirety. For all of the positives of a film score or ballet production, the music is inherently meant to be heard within a larger visual piece. The problem is, for us Americans, Goldfrapp won’t be returning stateside anytime soon. In the meantime, just close your eyes and leave yourself to the power Alison and Will.