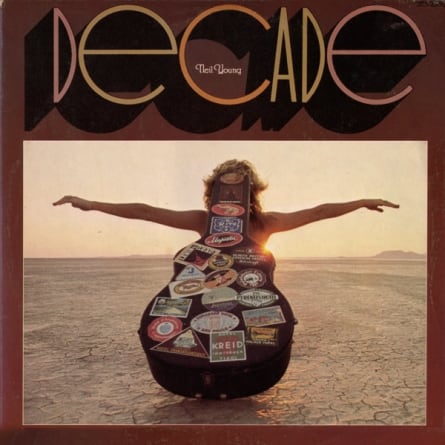 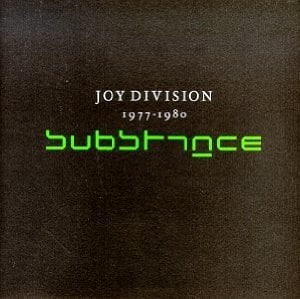 Many probably don’t realize this, but Joy Division only released two full-length albums: 1979’s Unknown Pleasures and 1980’s Closer. Of all the dance-club hits I know that are prominent in batcaves around the world (that’s code for Goth clubs), Unknown Pleasures contains “She’s Lost Control” and Closer contains “Isolation.” If you want anything more notorious, you have to find it on Joy Division’s singles collection Substance.

Joy Division is about atmospheric jaunts through stark landscapes combined with wandering bass and shimmering guitar chords. While that happened in their full-lengths, missing out on their singles would be tragic. Without Substance, we’d have to buy (and, nowadays, find rare copies of) singles that only contain a couple of songs, a logistical headache at best and an outright impossibility at worst. Without Substance, “Transmission,” the infamous “Love Will Tear Us Apart,” “Dead Souls” and “Atmosphere” are all tracks that, theoretically, would have just been singles lost to the ether—especially with the demise of Factory Records—and would have been completely unavailable except to the most devout Joy Division collector. – Cedric Justice 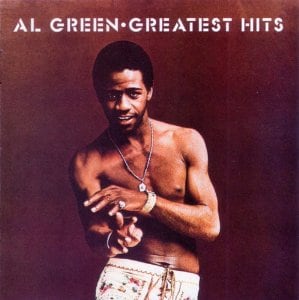 Sometimes the best thing about compilations is also the worst thing about them: that they sap the context of an artist’s music by divorcing song from album. But even artists who produce multiple essential LPs can be enlivened by such an approach, not robbing songs of the meticulous planning evident on a consistent album but revealing the intricate, perfect judgment that goes into each 7”-ready gem. Al Green has more than one “all killer, no filler” LP, but this compilation is the most forceful argument for his genius and a reminder that no list of the greatest pop singers can even be taken seriously without his name on it. Its modular track listing alone bears this out: Greatest Hits got several reissues over the years, each swapping or adding tracks before the original 10 finally rose to 15, and it only got better with the addition. Most other greatest hits packages fall apart with tacked-on bonus tracks; Green’s only further consolidates it as one of the great soul records. – Jake Cole 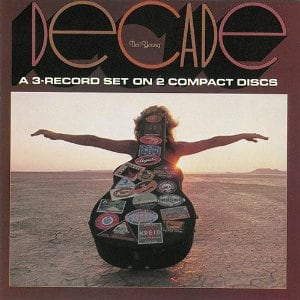 When Decade was released as a triple album in 1977, just a few years after Neil Young had reached the drugged-out depths of On the Beach and Tonight’s the Night, it almost must have seemed like the singer was summing up his life after a long dark night of the soul. Unlike many compilations, Young personally curated the song selection himself, picking out 35 tracks from a 10-year period including his solo work, his tenure with Buffalo Springfield and with Crazy Horse. What’s more, he provided liner notes on every single track, turning the usual cash grab of a greatest hits package into a deliberate, personal insight from the musician himself. While Young pulled out of his tailspin and has produced many fine records since, Decade covers his most creative period in the way he wanted it to be heard. – Nathan Kamal 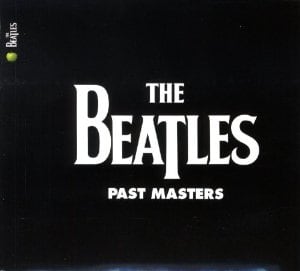 What more is there to say about the Beatles? Safe to assume you’ve heard them on the radio, at a ballgame or anywhere in public where human beings spend time. And it’s safe to speculate that, at least at some point, you’ve probably even owned a best-of. For casual fans, it’s the 1 record—a compilation of their 27 number one hits over eight years. (Yeah, 27. Let that sink in.) 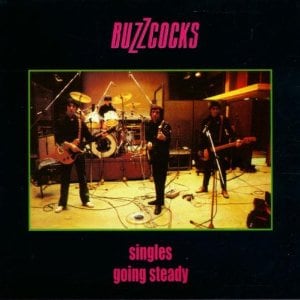 The glossy, poppy punk rock goodness of Buzzcocks was made for singles, little discs that seemingly last about as long as a lit match. Fiercely energetic and imbued with a sense of ribald freedom, all of the songs the band released in that format between 1977 and 1979 hang together beautifully, making a release that’s sharper and more cohesive than their proper albums. The simple, smart conceit was to pile the A-sides and B-sides on the corresponding surfaces of the LP, tracking in accordance with each other, making the whole thing seem like ripples on the water, all emanating from where the sonic boulder was first plunged. Listening to the collection is exhausting in all the best ways, the exertion to blast through these songs evident in every beautifully clanging note. – Dan Seeger 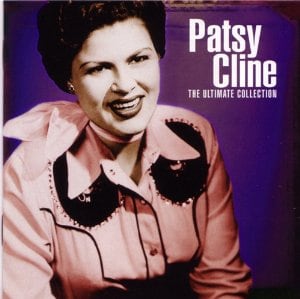 Everything you need to know about Patsy Cline is right there in her voice. That’s the common wisdom. Delicately bruised, her singing seems to convey a suffering that left her barely holding together. Her first hit, “Walkin’ After Midnight,” only offered a hint of this, but “I Fall to Pieces” and “Crazy” developed that histrionic persona that fully bloomed in “Sweet Dreams (Of You),” a piece recorded in 1963 and released after her untimely death.

These are all classic performances, but the common wisdom is wrong. The rest of Cline’s story is equally important: she was the first woman to cross over from country to pop, an assertive business woman that managed success on her own terms and a role model who generously mentored other women in country music. From that perspective, The Ultimate Collection offers a view of her formal grace and control on songs like “True Love,” “When I Get Through with You” and “Leavin’ on Your Mind.” Cline was more than an emotional singer, she was an icon whose influence has been felt well beyond her country roots. – Jester Jay Goldman 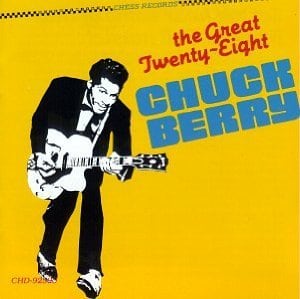 Time has been kind to Chuck Berry. With Elvis now more or less a caricature that shifts shapes according to the person speaking about him and Little Richard still just too damn out there even today, Berry is the early rocker everyone can agree on. His style is clean enough to provide that archival sound of rock’s birth, but edgy enough in its bite to appeal to later generations looking for something a bit harder than “Mystery Train.” The Great Twenty-Eight is one of the essential guitar records, a catalog of riffs and focused solos that rolls in along a contradictory elegant staccato (much like the performer’s own duck walk), even as each chord sounds like Berry didn’t so much strum his strings as punch them. Overplayed and nearly stolen from Berry altogether in an incestuous time-warp in the ‘80s, “Johnny B. Goode” still rocks, and between you and me, it’s not even the best track here. – Jake Cole 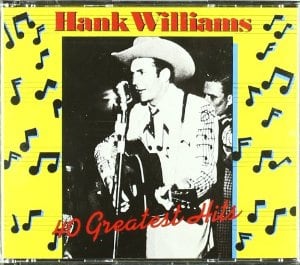 Worlds removed from the dreck that passes for modern country—an unwieldy mash-up of syrupy pop, cock rock and plastic lyrics about relationship woes and jingoistic pomp—this collection, huge in number of tunes but concise in length, is an argument for the worth and vitality of a once-proud genre. Hank Williams is the embodiment of practically every country cliché: an inveterate boozer, a hopeless wreck of a human being who managed to sabotage his own superstardom. Yet if Williams birthed the image of the country star as a tuneful Job, he set a standard no other follower could match, with a yodel that quivered with pain on songs like “Lovesick Blues” and just the right amount of whiskey on his breath to make “Hey, Good Lookin’” a stomp that never approaches chaos but still pushes against its own composition. As much a country artist for people who hate country as Merle Haggard or Johnny Cash, Williams is an American treasure, and this set enshrines his legacy while also forming a seal wall around the genre just high enough to prevent modern iterations from ruining it. – Jake Cole 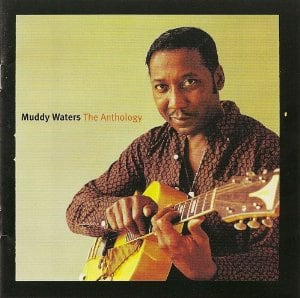 Listening to The Anthology is like looking at the Log, Les Paul’s original prototype for the solid-body electric guitar, or Robert Moog’s first modular synthesizer; today they seem primitive but these were all groundbreaking inventions. When Muddy Waters picked up the electric guitar to be heard over the crowd, he developed a unique style that he would later introduce to England in 1958, sparking the British Blues invasion. Eric Clapton, Led Zeppelin, the Rolling Stones, Jimi Hendrix—without Muddy’s raw power and driving rhythm, it’s hard to imagine how rock would have evolved.

Most of these songs were released prior to 1962, but listening to the pedal tone wail of lead guitar against the piano on “Gypsy Woman” (1947) or the low-toned distortion propelling “Rollin’ Stone” (1950), it’s easy to hear how timeless this music is. For most artists, 50 tracks would require scraping the barrel to pad out the list; for Muddy Waters, it’s just scratching the surface. – Jester Jay Goldman 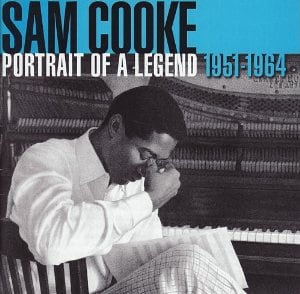 When an artist is able to release a single as career-defining as “You Send Me,” it’s an even more remarkable achievement to establish a musical legacy that easily transcends that one great song. Sam Cooke managed to do so with few classic albums, but countless memorable takes on ’60s pop music, gospel and soul. The dutifully remastered Portrait of a Legend 1951-1964 manages to collect a representative selection of those varied songs and triumphant vocal performances. There are the bandstand pop singles that reached a wide range of black and white audiences in a time few black performers could, including “Lovable” and “Cupid”. The best song to come out of Cooke’s days with the Soul Stirrers, “Touch the Hem of His Garment,” opens Portrait, followed by a bounty of soul gems that would bring success to Cooke and the many artists that covered him, like “Wonderful World,” “Bring It on Home to Me,” “Summertime” and “Another Saturday Night.” Finally, the timeless civil rights song “A Change is Gonna Come” dominates the end of the collection, much like it did after Cooke’s career was cut short unexpectedly in 1964. – Michael Merline