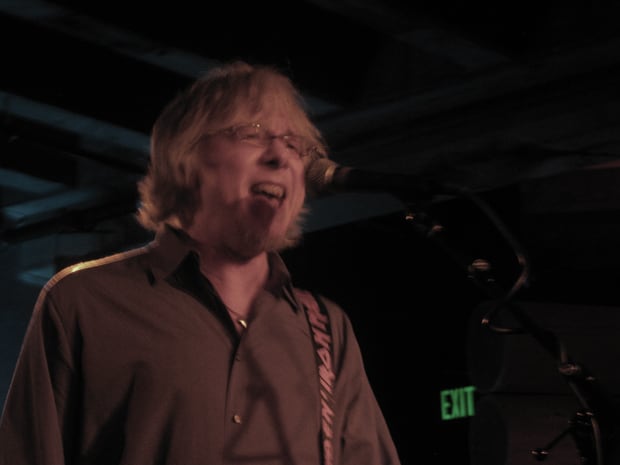 Each and every year Portland’s Music Fest Northwest (MFNW) has grown, threatening to devour the entire city for a week each September. As the festival jams more and more bands into its lineup, planning out your evening can be a tiring endeavor. Last year, I spent one evening hopping from one venue after another, starting the night off with Menomena on the outdoor stage at Pioneer Square and culminating nearly six hours later with a sweaty Fucked Up performance at Dante’s. This year, I decided not to give into the “more is better” train of thought and limited myself to one show per night. This show not only offered a disparate buffet of musical styles but more relaxed MFNW where I worried less about getting into a show and actually took the time to enjoy the reason we’re all here in the first place….the music!

Scott McCaughey is a fixture here in the Portland musical community. Either you know him, or know someone who knows him. Or at least stood next to him at show somewhere. McCaughey also invariably plays MFNW with one of his many bands. This year, he brought his Baseball Project act to the stage, a rocking four-piece that plays music about America’s Pastime. Featuring guitarist Steve Wynn and drummer Linda Pitmon, this iteration of the band was missing Peter Buck. However, standing in was R.E.M. bassist Mike Mills whose honeyed harmonies matched McCaughey’s songs about Ichiro Suzuki, Dale Murphy and Dock Ellis. And although many of us wore baseball jerseys, you don’t need to be a baseball fan to appreciate McCaughey’s brand of catchy and fun rock music.

Baroness surprised us on Thursday night, pushing past the hour slated for their set and towards the two-hour mark, blowing away the plans of anyone hoping to sneak out and catch Bob Mould. Bringing their muscular, yet intricate brand of metal to the Hawthorne Theatre, Baroness played a set that concentrated heavily on last year’s Yellow & Green, with stand-outs being “March to the Sea” and “Take My Bones Away.” It was a warm night and the Hawthorne is still a deathtrap, but the audience felt safe and on the same page even when a mosh pit broke out. The show signaled the end of the touring cycle for Baroness, whose members were involved in a serious bus crash last summer. Baroness proved that it is too powerful to be stopped.

Godspeed You! Black Emperor played the first of two nights on Friday at the Roseland Theater. Notorious for boomy sound, the members Godspeed must have brought their own tech as the sound was impeccable. Like Baroness, Godspeed played a much longer set than billed, one that began slowly and built into a darkly rich crescendo. I’ve seen the band before and their shows can often be an endurance test. The opening of “Hope Drone” built slowly, eschewing the loud-soft dynamic of a lot of the band’s music. Shrouded in dim lights, the band put on a less energetic performance than Baroness, but matched its intensity. The insistent drone may have been a bit monotonous, but by the time reached “East Hastings,” I was caught up in the rapture. I would love to see Godspeed You! Black Emperor in a seated theater sometime. Can we make it happen? 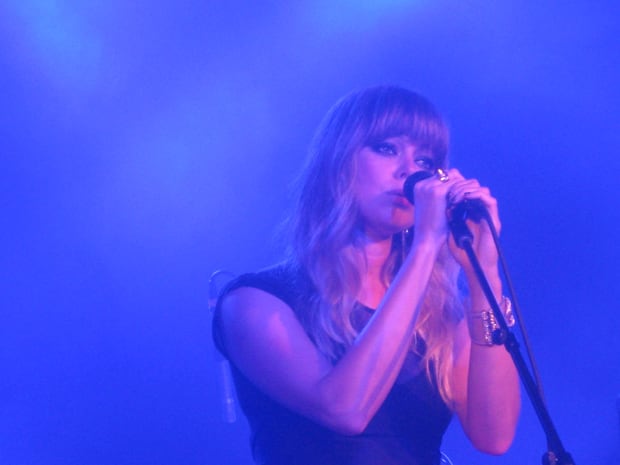 With all the angst out of my system, I got to cut loose a little at Johnny Jewel’s two band shindig. While Glass Candy was fun with its girl dancers and propulsive beats, the Chromatics easily stole the show. Featuring songs from last year’s amazing Kill for Love, Jewel’s live act is less expansive than on record, the empty spaces filled in with beats that make it easier to dance. Singer Ruth Radelet was positively stunning as she crooned through Chromatics songs as well as Kate Bush and Neil Young covers. The band even earned itself an encore, finishing the show with a triumphant version of “In the City.” For a band that sounds so icy on record, they couldn’t have put on a more warm and fun performance.

What a Portland way to finish off MFNW! A pitcher of beer, a 15-mile bike ride and a shitload of sushi before watching Neko Case positively kill it at Pioneer Square. Playing songs off her new record (look up the title) as well as classics such as “Hold On, Hold On” and “This Tornado Loves You,” Case played a captivating set that ran nearly 90 minutes. Not only do her songs evoke the same funereal territory as Tom Waits’ music, Case has quite the stage presence, quipping on everything from baby making to squirting out droplets of excited urine. As the sun went down and the breeze picked up, I couldn’t think of a more beautiful way for the fest to end. I can’t wait until next year!