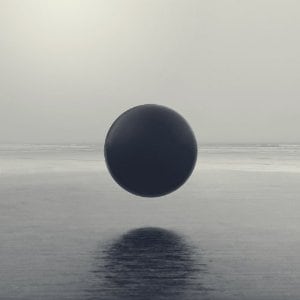 [xrr rating=3.0/5]For their second full-length album, Flourish // Perish, the band Braids claim to have invented a genre called natural electronica. Well, maybe they haven’t invented an entire genre, since they acknowledge their music bears a heavy debt to artists who’ve diddled with computer effects before (they draw a direct line from the creation of their new album to time they spent listening to the likes of Autechre, Aphex Twin and others from the 1990s Warp Records galaxy of stars), but they did push those words together in an attempt to give themselves an easier way to describe their current sound. It has hiccupping blips and bleeps that have been a part of electronic music from the beginning, but it’s presented in a more gentle way. This isn’t likely to be beloved dancefloor music until a couple dedicated remixers have their way with it. Instead, it’s music that caresses and drifts, inviting the listener to relax and float along with it. The rhythms are there, but stealthily so, circling around inside the tracks, as if afraid to find their footing.

During the lengthy recording process, keyboardist Katie Lee departed the band, leaving it as a trio. Although Lee is still all over the record, it’s not hard to think of this as music a smaller group would create. It has that sort of intimacy, almost a preciousness to it. At points, songs such as album opener “Victoria” and “Girl” sound like they could shatter in the presence of a wispy wind, like a fragile mouse figurine made of too-thin glass. It has the airy quality of Boards of Canada or some of the less complex Animal Collective material, the latter comparison offering a handy way to describe one of the album’s shortfalls. It’s occasionally pleasant without being challenging enough to really stick. It’s all too easy for this sort of music to become aural wallpaper, and Braids plummets into that manhole more than is ideal. Raphaelle Standell-Preston offers alluring vocals—sometimes reminiscent of Kate Bush, occasionally picking up a hint of Björk’s elastic creativity—but even that doesn’t fully distinguish the tracks.

The shift away from nice but somewhat nondescript songs comes on the second half of the album. Centerpiece “Together” stretches out to nearly eight-and-a-half minutes, and from there every remaining track is over the six-minute mark. With more room to stretch out, the band expands their creativity and the songs start to become intriguing sonic puzzles. Occasionally, they seem to be finding songs within songs, as with closer “In Kind,” which begins with a minute-and-a-half of ethereal vocal manipulations and undercurrent music to match, like what’s heard when they open the doors to the indie pop club in Heaven. That gives way to one of the fuller pop songs, sounding a bit like early Rilo Kiley, complete with an echo of the depressive lyrics (“Sometimes I think of how nice it would be/ To take a nap/ Without feeling I wasted my day again”). Eventually the song subtly shifts again for its back end, becoming the piercing, luxuriant cascade of Cocteau Twins melded with the arch pop of the Sugarcubes. Somewhere in the midst of this song is where that chosen descriptor of natural electronica really fits, because Braids are channeling the logical unpredictably of nature itself, where a myriad of different things can somehow coexist in the same ecosystem, connecting to each other while completely separate. This is the garden they need to grow.