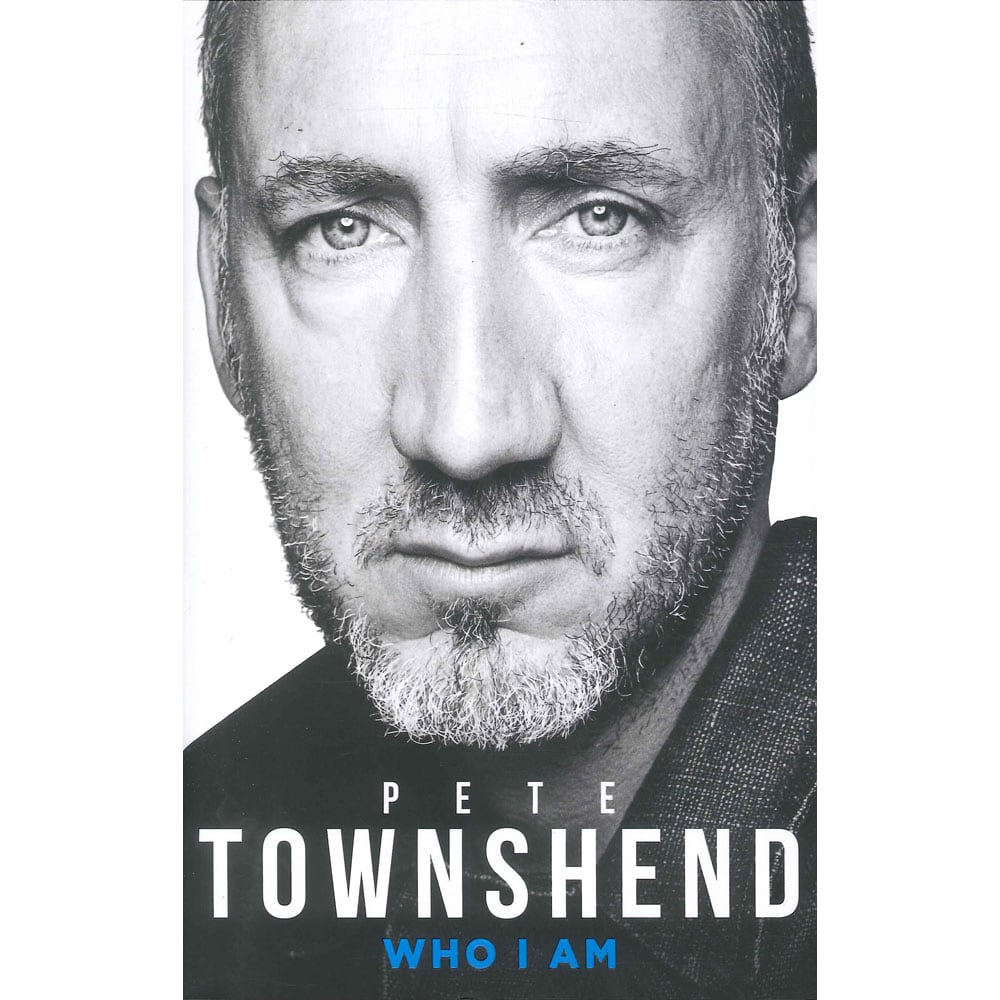 [xrr rating=3.25/5]When I was a kid, I had a list of heroes a mile long, and I’d dream of meeting them. In my mind, I didn’t just want to gush my love; I just liked the idea of connecting and maybe feeling validated. As a cynical adult, I have trouble thinking of any great icon that I’d like to meet. For the most part, it’s because I recognize that my relationship with their public persona is so one-sided that it would be hard to overcome and have a normal conversation. Aside from that, though, I worry that meeting my heroes might poison my perception of them and their work. Pete Townshend’s memoir, Who I Am, offers just that kind of threat by revealing how self-absorbed he is even as it delivers insights into his creative process and stories behind his most powerful works.

His problems with drugs and alcohol have been a well-known part of his narrative, so that aspect wasn’t surprising. I expected his involvement with a child pornography investigation in 2003 to be one of the more challenging areas for him to address. But between additional information that came to light over the following nine years and Townshend’s account here, this turns out to be less of an issue. In the early chapters, he coyly alludes to being abused, but it’s awkward because he clumsily grafts vaguely defined memories onto a clear recounting of his childhood. While he’s more direct later in the book, he could have done a better job of laying that groundwork. But by the time he tackles the investigation head on in chapter 29, “Black Days, White Knights,” his explanation seems reasonable and is supported by the police confirmation that he was “not in possession of any downloaded child abuse images.”

The letdown in Who I Am isn’t from reading the horror stories about his addictions or his efforts at dredging up and dismissing revolting rumors. Instead, it’s the impression of Townshend’s casual disregard for the people around him. He writes with harsh honesty about his behavior, whether it’s kicking out his band’s original drummer, Doug Sandom, to improve the prospects of a record deal or succumbing yet again to infidelity with a groupie. Despite expressing remorse, he has trouble communicating any sense of empathy. For example, after trying to seduce director Nicolas Roeg’s wife, Theresa Russell, Townshend breezes through a conversation with Roeg. After Roeg calls him a complete bastard for going behind his back, he admits it (“He was right. And instead of simply acknowledging my deceit at the time, I had made things worse by not calling him”). Then he laughs and blames the director for making Russell so erotic in his movie Bad Timing. But when Roeg doesn’t take this well, Townshend is mostly concerned that he might have ruined his chance to get Roeg to work on his Lifehouse project.

While Townshend doesn’t do himself any favors in trying to rehabilitate his character, his memoir does succeed in sharing an inside view of The Who, the music scene they helped build and his creative process. The backstories behind his larger works like Tommy, Quadrophenia, the ill-fated Lifehouse project and his musical interpretation of Ted Hughes’ The Iron Man reveal a lot about how he develops and evolves his ideas. In particular, Tommy’s origins are quite interesting. Sensing the shift from pop singles to full albums, Townshend was looking for a way to move beyond The Who’s core audience of young men, and a pop oriented spiritual journey seemed like a promising direction. But the story evolved as he brought in the more esoteric influences of Hermann Hesse’s Siddhartha and Indian master Meher Baba. Who I Am dedicates a whole chapter to running down the realization of the project, where some of the more mystical aspects were moderated to serve the story. It’s an interesting contrast to Lifehouse, which became his mythical lost project, his Smile. Just as Brian Wilson overreached trying to create his unbridled masterpiece, Lifehouse attempted to combine an ambitiously detailed parable with avant-garde musical techniques including “mesmeric arpeggio effects,” audience participation and special surround sound amplification. If he had gotten the rest of The Who or their management onboard, perhaps they could have reined it into more practical realms, but unlike Tommy, he was unable to communicate his vision. So, the band scavenged material from Lifehouse to make Who’s Next and Townshend himself has raided it for inspiration repeatedly, most recently on The Who’s Endless Wire.

The book does a good job capturing the excesses of the classic rock era and Townshend realistically assesses The Who’s place in the 1960s Pantheon of Rock, holding the Beatles and the Stones on a higher plane and showing respect for peers like the Kinks and Cream. Of course, like any great rock memoir, countless names are dropped. There are newly revealed stories, like how he stole his windmill guitar move from Keith Richards in 1963 or an ironic tale of mutual respect with jazz virtuoso Rahsaan Roland Kirk. He also offers his own versions of well-traveled stories, like the showdown backstage at the 1967 Newport Pop Festival with Jimi Hendrix over who’d get to perform first. Townshend somewhat disingenuously suggests that Hendrix should have gone second because he was the more significant artist, but he does own up to not being sure whether The Who could successfully follow Hendrix.

After reading Who Am I, I can still enjoy Quadrophenia with a clear conscience and I can respect Townshend’s talent as a musician. But given the chance to meet in person, I think I’d pass. His memoir conveys some of his complexity, but “No one knows what it’s like/ To be the bad man/ To be the sad man/ Behind blue eyes.” He’s right. I don’t know, but I’ve got a clearer picture now.