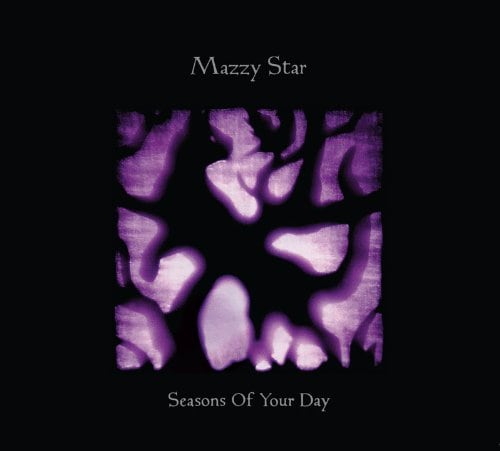 [xrr rating=3.5/5]Spoiler alert: Mazzy Star’s first album in 17 years features mellow, dusky and gorgeous vocals from Hope Sandoval, and the accompanying instrumentation is sparse, quavering and wistful. For the casual music fan, Mazzy Star will likely only stir up memories of the breathy “Fade Into You” slinking out of jukeboxes near closing time, or as a crucial addition to any mixtape meant to woo a love interest. Either way you’ve got your finger on the pulse of this new record. As the band’s lone mainstream hit, the emotive, slide guitar-laden dream pop of “Fade Into You” was so influential in that early ‘90s era that its success ultimately helped to derail the band into what turned out to be a protracted dormancy. Following a follow-up third album, 1996’s superlative Among My Swan, Sandoval and guitarist David Roback (the group’s only other core band member), split up due to, as Sandoval describes it, Capitol Records insisting that they follow a prescribed formula simply to sell shitloads of albums. So there’s a touch of irony in Seasons of Your Day, the album officially marking the band’s long-awaited return, sticking so close to the “Fade Into You” formula that first gained recognition for Mazzy Star.

In the interim since their last record, Sandoval’s been busy. Shortly after the duo’s breakup, she collaborated with a host of relevant acts like the Jesus and Mary Chain, Massive Attack, the Chemical Brothers and Air. Along with My Bloody Valentine drummer Colm Ó Cíosóig, she formed Hope Sandoval & the Warm Inventions, a duo that bookended the ‘00s with a pair of LPs. So Seasons of Your Day arrives as both a long-anticipated return to form and also as an unsurprising revisit to the sound that made Hope Sandoval famous in sultry voice if not in badass name.

Seasons of Your Day arrives in 2013 as exactly the kind of Mazzy Star record you’d expect. Slide guitar, winsome acoustic strumming and, above all, Sandoval’s undeniably infectious siren song dominate a record that could have as easily been pulled from the early ‘90s. Hell, Seasons of Your Day bears a purple-hued cover very reminiscent of 1993’s So Tonight That I Might See.

But as its own animal, Seasons of Your Day manages to hold up. Opener “In the Kingdom” kicks off the record with introspective organ and Mazzy Star’s definitive slide guitar sound, with Sandoval launching into faux-hardscrabble, heartstring-tugging lyrics such as “I took that train into the city/ You know the one that goes under the bridge.” This opening track both reestablishes what Mazzy Star is all about and lets you know that there’s not much more you can expect than this. “California” ramps up the less-manipulated acoustic guitar strumming (and focuses on more minor chords that you’ll otherwise hear from this band) as the duo lays down a pensive, road-worthy track on par with David Lynch and Lykke Li’s “I’m Waiting Here” single released earlier this year.

Differentiating Mazzy Star’s tunes from here on out is almost a pointless effort. There’s reverb, slide guitar, angelically-cooed vocals and an overall marvel-worthy mellow aesthetic throughout the entirety of Seasons of Your Day. Tracks like “Common Burn” may slow things up even more so, adding in mournful harmonica to drive the sorrow home. The title track may inject violin interludes to ramp up the diversity of an album that otherwise sticks to what it knows best. And the seven and a half minute “Flying Low” throws in all elements short of the kitchen sink (and especially heavy on quavering slide guitar and harmonica) in order to make this album and this band seem like more than one note.

But really it doesn’t matter because that one beatific note is what will put the butts in the seats. The point of the matter is that Mazzy Star doesn’t need to do much more than what we expect them to. Sandoval’s voice is more gorgeous than most other things I can think of. The subdued instrumentation only adds to this, and what’s the point of reinventing the wheel when we haven’t even seen this particular one roll in almost two decades? I welcome Mazzy Star’s return with open arms. I look forward to these new tracks entering my late night heavy rotation. I’m also not going to say that Seasons of Your Day does anything original. If you’re looking for something new, you’d better look elsewhere. I’d rather lie back and feel Sandoval’s voice fade into me.