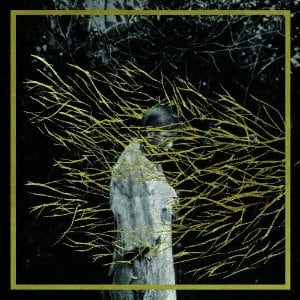 [xrr rating=2.5/5]The highly anticipated second outing from Forest Swords’ Matthew Barnes straddles two worlds. On one hand there’s no denying the influence and general structure of electronic music. Several of the 10 tracks rely too heavily on repeating samples and loops. On the other hand, there isn’t a 303 or a kick drum to be found. There’s no breakbeats or bass or even a snare hit and you get the feeling that if anyone were to mention adding an “Amen Break” the fans would roll their eyes and sneer. This is electronic music for indie rock fans—it’s made to sound, well, not electronic. The beats are sourced organically or at least passed through enough destructive filters that there’s barely a sharp edge for 50 minutes.

There’s clearly an aim to evoke certain somber moods—the same emotional textures that garnered Barnes such critical acclaim on his 2010 EP, Dagger Paths. The usual suspects fell all over themselves to call it album of the year (NME) despite the fact that it wasn’t even a full album. Pitchfork weighed in by giving it a 9/10. That’s the sort of praise for an indie record that makes the most ardent hipsters open their cognitive embrace and meet every negative reference to the record as “electronic music” with a snide, “Pfft.”

There’s something about Engravings that feels a little too deliberate. “Ljoss” begins with what sounds like it might have been a flamenco guitar strum at one point. It’s pitched up, chopped and glitched furiously—distorted until it’s more noise than instrumentation. Barnes uses it as a palette and walks his fingers up and down a few notes while a simple pedaled guitar creates a more moderate-tempo melody. A noticeably boring one—like that moment when, standing in a slow elevator, left with no other source of stimulation, you start paying attention to the Muzak. Five minutes feels far too long and the only reprieve comes from (of course) the now ubiquitous haunting pitched-warped vocal sample. At one time it may have been a soulful crooning about lost love. Now in the hands of Forest Swords it’s glitched, chopped, warped and disembodied of any context greater than the aforementioned mood. And it suffers. Oh, how it suffers.

The backbone of “Thor’s Stone” is a single sample. It’s either a flute that’s been badly beaten or a very sad whale. Either way there’s a patheticness to the sound that really spills over the top from emotional texture to artistic pretense. It’s easy to imagine this track being used for some bizarre form of performance art with a point to make about—oh, who really cares? Wait, maybe that is the point! (Cue “Irby Tremor.”)

It’s not until “Onward” that we get something that might possibly live up to the hype this record has generated. The repeating melody line is actually quite beautiful and, for once, raw and unprocessed. If it weren’t for the fact that it’s punctuated by the dubbed-out sound of what may be someone repeatedly trying to start a lawnmower, it could have saved the record. Near the end, it just falls off completely into another unrelated string melody. This is a standout moment on the record, and it’s snuffed out before you can really appreciate it.

The latter half of the album is at least better at drawing the listeners in rather than alienating them. With the sparse industrial chill having passed, things start to warm up a bit. “The Weight of Gold” has an actual groove even if the percussion seems out of balance with the rest of the track. “Friend, You Will Never Learn” is a simple and beautiful closer based on the first real beat hook of the record combined with some very appealing harp-like textures and, wow, a bass guitar.

The pervasive problem may be more about the way expectations have been set. Consider artists like Bvdub or Fuck Buttons who, if not totally related, could at least be said to operate in a similar manner. In each of those cases the musicality and depth of emotion emerges almost independently from the individual instruments or samples. It’s not until they’re brought together by the artist in skillful ways that they produce something wonderful. The mood is more consequence than intent.

On Engravings, the mood is the intent and it’s suggested crassly by a handful of samples that collectively could be beautiful but handled individually are unappealing and sometimes jarring. It’s that element of smart arrangement and balance that seems to be missing. Barnes brought all the pieces, but they’re simply laid out and looped into monotonous background music. While it’s easy to get the idea, one never feels rapt with what the artist is trying to convey. What really comes across, though, is tedium.