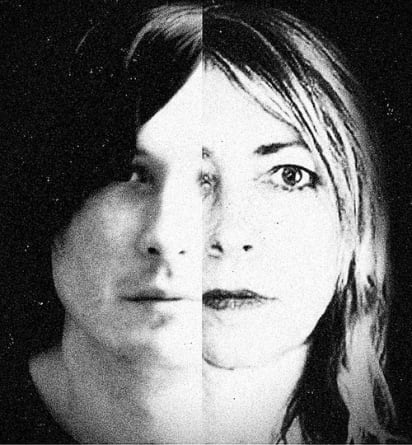 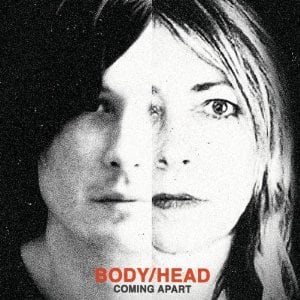 It’s time to move into the acceptance stage: Sonic Youth ain’t comin’ back, folks. When the split between Kim Gordon and Thurston Moore was first announced, everyone in the band was deliberately coy about what it meant for the future of Sonic Youth, an understandable stance given the highly personal nature of the problem. This wasn’t some emergence of pesky creative differences; this was the fracturing of a marriage that had lasted over 25 years, hardly suitable impetus for a Rolling Stone think piece about what it means that one more iconic band of the college radio era was calling it quits. Eventually, more details emerged, making it clear that Gordon and Moore weren’t likely interested in sharing a tour bus together any time soon. Or ever. Everyone has clearly moved onto other projects—though side endeavors have long been prolific amongst Sonic Youth members—and with Coming Apart, Gordon is decisively announcing that she plans to keep custody of the trademark Sonic Youth squall of tremulous noise.

Working with guitarist Bill Nace, Gordon has formed a project called Body/Head. Their debut full-length is a challenging, forceful blast of sparsely produced aural aggression, much of it reportedly based on a highly improvisational creative process. It often seems like it, with Nace wrestling his feedback-laden guitar parts like long fishing line on a windy day, and Gordon essentially losing herself in whatever words or even sounds she’s moaning, sometimes atonally, into the microphone. Album opener “Abstract” is a single line — “I can only think of you in the abstract” — repeated over and over like the mantra of a woman staggered by an existential wound. Nace’s music underscores the agony in a way that’s almost tentative, as if constantly testing his partner’s capability to deal with sounds that recall her former outfit. Only late in the song does Gordon recede and let Nace unleash a sound akin to that of a house made of rubber and steel collapsing into detritus.

It’s all very familiar to anyone who’s been following Gordon for years, though it’s lacking in the grandeur and layering that Sonic Youth achieved, especially on fine albums in recent years. It can be heard as a primal scream, and maybe even a potent one, but it’s also a little wearing, both in its repetitiveness and its abrasive experimentalism. It takes a sterner soul and more dedicated fan than I to get through the five-and-a-half minutes of burned out speaker squawking found on “Everything Left.” And the album closes with a pair of true endurance tests: “Black” and “Frontal,” stretching over 13 and 17 minutes, respectively. There’s plenty to unpack in each of them (such as the appropriation, demolition and crazed rebuilding of the standard “Black in the Colour (Of My True Love’s Hair)” on the former), but it’s hard to avoid checking the old watch as the sprawl out, double back and generally set the speakers atremble.

It’s hard to deny the impressive heat and power to Coming Apart at times, even if, in doing so, it can echo Sonic Youth a bit too closely (the opening guitar riff of “Last Mistress” should forward its residual checks to Murray Street). But so too can it occasionally tap into that fervor of unpredictable sound—finding the unexpected beauty within the noise—that typifies the best of Gordon’s defining professional home, without necessarily sounding derivative. “Can’t Help You,” for example, feels like moving forward while still keeping a hand on the past creativity that, after all, she co-owns, without Gordon sounding more than ever like Patti Smith transformed into a melting candle. It may still be harsh, even brutal, but it also feels deeply true in an almost indefinable way, right down to the embedded hint of rhythm than sounds like a broken distress signal. If the future brings more music like that from or whatever Gordon decides to do next, then it might actually start to feel okay that Sonic Youth is no more