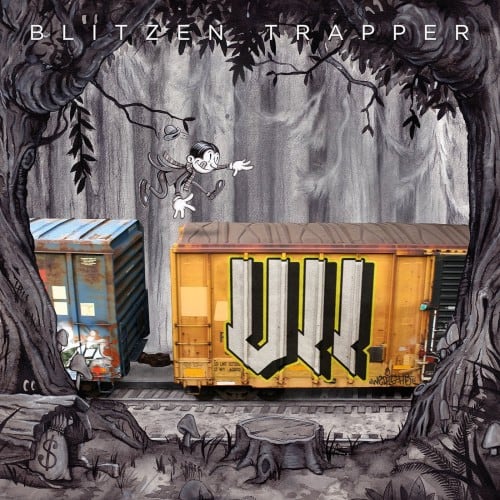 [xrr rating=3.75/5]Since their 2008 breakthrough album, Furr, Blitzen Trapper have bordered on rudderless. While that album was arguably the Portland band at their most eclectic, jumping from folky acoustic numbers to fuzz rock to piano ballads, it seems that trying to narrow their palette has only diminished them. The two records that followed Furr, Destroyer of the Void and American Goldwing were more notable for their overall tones than for their actual songs (the former indulging in prog-rock noodling and the latter attempting a ‘70s country rock pastiche), which is never a good sign. Fortunately, VII, their latest full length (and first for new label Vagrant Records), contains some of their catchiest songs in years, if not their most imaginative work.

But judging Blitzen Trapper on its imagination has always been something of a losing proposition. While only a snob would give bandleader/singer Eric Earley anything less than full marks as a songwriter, the group’s overall dynamic and sound have so often touched on well-known hallmarks of roots music that it’s sometimes easier to think of them as interpreters rather than innovators. In particular, the band’s musical similarity to, well, the Band is so striking that it’s difficult to not think of them as picking up where The Last Waltz left off, at least in spirit. That’s more apparent than usual on VII, which opens with the crackle of radio hiss and a few scattered vamps before Earley’s voice and Michael Van Pelt’s bass snap into action. The first track on the album, “Feel the Chill,” is anchored almost entirely by Van Pelt’s bass work, sounding like a country-fried take on funk while a synthesizer keens between verses. It’s a fine introduction to the album, hearkening back to the band’s roots while subtly adding a few new sonic elements.

“Shine On” continues in the same vein, carried by a high organ riff and Lynyrd Skynyrd guitar work, but it’s Earley’s voice that sounds really changed. While he’s never had the widest range as a singer, he sounds positively percussive on VII, spitting out his words with nearly as much rhythm as Brian Adrian Koch’s drums. In particular, on “Oregon Geography,” his delivery is pitched somewhere between spoken-word and Bob Dylan’s proto-rap, though the clattering, rain-filled track falls somewhere in Tom Waits’ junkyard territory. While he’s certainly taking a new vocal approach, he hasn’t changed much as a lyricist; his songs are still devoted almost entirely to country gothic rambles and lost love laments. He still slips in a good line here and there (“The truth ain’t what it used to mean” on “Feel the Chill”), but there’s only so much you can plumb out of back roads and black river water.

For the first time in a while, the band sounds like they’re focusing more on the songs themselves rather than trying to clothe an album in a particular mood, and it results in songs like the warm, comforting closer, “Don’t Be A Stranger.” It’s a song that shows its influences openly enough (a little Neil Young, a little Dylan), but isn’t any the less for it. It’s simply a heartfelt song and a lovely one at that. This all makes VII Blitzen Trapper’s best album since Furr and, paradoxically, their least focused.