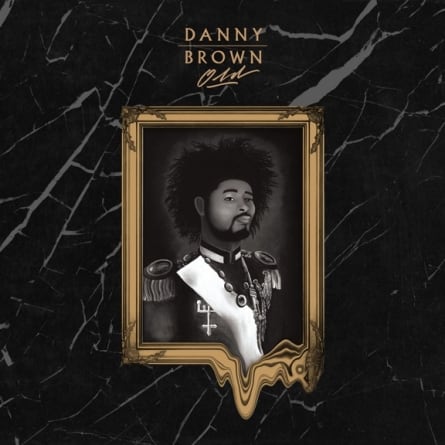 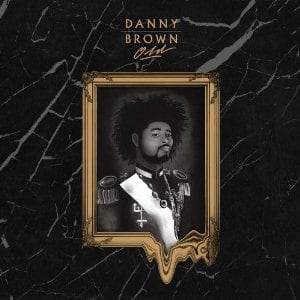 Equipped with his signature high-pitched delivery and an above average intellect, Danny Brown’s humor has always been cut with a heavy dose of satire. On previous mixtapes XXX and The Hybrid, Brown was eager to share the trails and tribulations which accompany a life of drug dealing and sexual promiscuity. Now 31 years old, the 19-track Old offers a glimpse into the adolescence of Brown, and the childhood moments that led to years of self-medication and subsequent imprisonment. And much like A$AP Ferg, just because Brown has grown further secure in moments of introspection, he can still hype the more self-serving sides of inner-city hedonism.

Raised during an era when cassettes could still be found at the local record store (when those too actually existed in Detroit), Old is a true two-sided release. Although some overlap does exist, most notably the depression-laden duet of album closer “Float On” (feat. Charli XCX), Side 1 is Brown at his most sincere, often dropping his high-pitched delivery for a more candid approach. Side 2 is Brown at his most debaucherous, challenging Hunter S. Thompson for the best usage of drug-induced prose.

A proud product of Detroit, Brown seems incapable of fully shedding his former identity. On album opener “Side A (Old)”, Brown introduces listeners to his deeply-entrenched personal demons. “In the kitchen, oven open for the heat/ Got my young, light skinned ho rollin’ up the tree/ Wearin’ jackets in the house, it’s the Michigan way/ Boiling water on the stove, Ramen noodles for dinner,” shares Brown about his former economic hardship. The solutions weren’t always so simple: “Old head, dope fiend, cookin’ up the yay/ Young boys’ll shoot your face for them Cartiers/ Came a long way takin’ $3 for a nick’/ Cop an 8 ball, tryna stack for the zip/ Now I’m in the rap game, verse worth a brick/ Fiends linin’ up for a hit of this shit (And I reps that shit, right now and forever).” The messages of greed and violence are intentionally raw, with following tracks “The Return” (feat. Freddie Gibbs), “Torture” and “Lonely” all equally indebted to real-life concerns and tragedies. For those that remember XXX’s “Fields,” “Wonderbread” is an extended companion track that provides further details on a senseless robbery.

A decade older than most MCs that deliver rhymes over such fresh beats, Brown is a vastly underrated businessman. Signed to A-Trak’s Fool’s Gold imprint, Brown has long understood the influential cross-over of the hip-hop and EDM communities. While Side 1 is social commentary for Brown’s devout hip hop brethren, Side 2 is purely for co-eds looking for a momentary release. To assist in this transition, Brown enlisted the support of tastemaker Rustie, Darq E. Freaker, the aforementioned A-Trak, and longtime collaborator Skywlkr. Each producer adds their own personal touch to Brown madcap song structure, Rustie supplying the most subterranean textures, Skywlkr teaming up to produce straightforward drug ballads, Dark E. Freaker serving up new twerk anthem “Handstand” and A-Trak rejuvenating the big-beat synth line on “Smokin & Drinkin.” These tracks might not have the artistic longevity of the emotive “Lonely,” but clever songwriting does well to continue the Brown storyline, with the latter track making references to fan favorite “Blunt After Blunt.”

Comfortable with his place in the industry, Old offers a complete look of the formerly one-dimensional Brown. More importantly, finding peace in his former life has allowed Brown to create an unobstructed, non-hyperbolized look into an urban struggle. The album might not contain as much social impact as Run the Jewels and Kevin Gate’s Stranger than Fiction or as much club energy as A$AP Mob releases, but the combined aesthetics has this album competing for crown of best alternative hip-hop full-length of 2013.