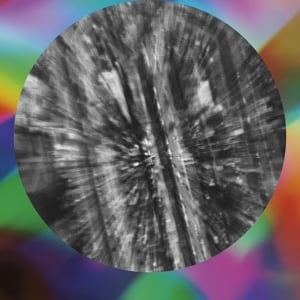 [xrr rating=3.5/5]Kieran Hebden isn’t out to make you dance. He’s out to challenge you. With the commercialization of EDM, Four Tet’s seventh and most abstract record, Beautiful Rewind seems intended to make a statement against consumption. Through his words, he’s made it clear that this music is to be heard on his terms, with no gimmicks, tricks or compromise. And the music that he wants you to hear is, in a way, unlike anything he’s done thus far.

Despite creating some of the hookiest, jammiest electronic music of the past decade, Hebden has also been one of the most avant garde. From his work with late jazz drummer Steve Reich to saxophonist Mats Gustafsson, Hebden’s roots are as sturdy as an improvisational maestro as they are as a DJ or producer. It’s as if his music was always geared toward producing a sensation higher than just getting a club to move, and that remains true here. Nowhere is this more evident than the excellent “Ba Teaches Yoga,” with Hebden building layer upon layer of samples and electronic textures, moving toward a climax that never comes. There’s no release because there doesn’t need to be, as if Hebden is saying not everything needs to deliver some sort of gratification.

And that’s what makes Beautiful Rewind a unique release for Hebden and Four Tet. This is music highly introspective, a record for the individual listener likely intended for headphones, and not a club of dancers. If there’s any late night ambition, it’s for those just getting in or coming down, or maybe even waking up the next morning. The beats here are often subtle but complex, such as the slinky weirdness of “Crush” or the trippy “Our Navigation.” The latter, fairly down-tempo with a kicking thump that’s raked over by electronic brush strokes, elicits a sensation of floating above the room. The ambience of “Kool FM” spills into a crushing, frantic “Hey, hey, hey” call and response, with Hebden battling himself, putting hip-hop beats up against static-y collages of sound. The highlight here might be “Parallel Jalebi,” however. Featuring a slow, deliberate R&B groove with a driving buzz of electronic undertone, it might be some of the most isolation-sounding music Hebden has created.

Though on the whole Beautiful Rewind is more about the come down than the get up, there are still some pretty danceable moments. The 1-2 punch of “Buchla” and “Aerial” deliver the accessibility many expect from Four Tet, and these tracks don’t disappoint. The former, with a shake-friendly thump that locks into a heavy bass groove and frequent starts and stops, is sure to get people going. “Aerial” takes a highly percussive approach, behind an angular psychedelic riff that dissolves into a trance-y groove that revolves around a hip-hop sample. Hebden’s placement of these two tracks back-to-back on the album’s second half is certainly no coincidence.

Beautiful Rewind draws to a close with a gorgeous track by the name of “Your Body Feels.” The song features a slow 3/4 time clap and a swaying, space-y keyboard cascade with falsetto repetition of the title line. It’s an interesting way end the record, because it doesn’t seem that Hebden intends the directive to actually relate to dancing. It’s almost as if he’s telling us to soak in this music to get to a place of enlightenment, a place only you the individual can achieve, and you don’t need anyone else to get you there. That’s a pretty compelling statement, because if dance music is communal, this is not dance music.