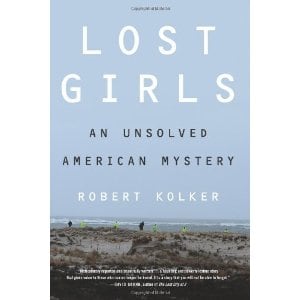 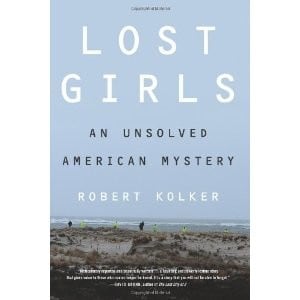 The toughest thing to swallow about the still unsolved case of the Long Island serial killer is just how little is known about how 10 sets of remains came to rest the windswept barrier island. For Robert Kolker to cobble together close to 400 pages for Lost Girls, his survey of the case is, if anything, a tribute to the access he gained to the victims’ families, as the details of the case are well worn ground in the media at this point. The stories of the victims, all heartbreaking, unified by poverty, drugs and broken relationships, are gripping and form the heart of the book, but ultimately they bring you no further to the truth of the case.

Geography is important to Kolker’s narrative which centers on the five women whose remains were discovered starting in the spring of 2011 and the town they were discovered next to, Oak Beach. A character in Lost Girls in its own right. Oak Beach is a town in the loosest sense of the term. It’s located on the eastern end of Jones Beach Island, hemmed in by the Ocean Parkway to the north and the Robert Moses Causeway to the east. Spatially, it is paper thin, about a mile long and half a mile wide. Don’t think of it as a town but rather an essentially isolated small neighborhood with no stores, schools or gas stations within a 15 minute drive. The attraction to its inhabitants is its desolate nature and an insular community with plenty of small town infighting evolved at Oak Beach over its history. Needless to say, in the most suburban of areas that is Long Island, that type of isolated living attracts an eccentric type of person.

Kolker devotes a chapter to the backstory of each of the five young women whose lives would become intertwined with the desolate town. Shannan, Megan, Maureen, Mellissa and Amber, each from different points up and down the Eastern seaboard, each with stories that contain the same themes. To a person, all of their lives involved families of divorce, teen pregnancies, drug abuse and dead end jobs to varying degrees. Regardless of the proportions, living in the socio-economic cesspool led each of them to prostitution at a young age. The strength of the book is the Kolker’s access to the stories of these women. It is a difficult read; coming to terms with the sum of bad choices and bad options that led them to prostitution is sickening and tragic. A lot of what Lost Girls gets right is its insights into the world of prostitution and how tragic and easy it is for young woman to be swept up in that lifestyle and how little they comprehend its risks before it is too late.

Where the book loses its way is detailing the other half of the story; the comings and goings of the people of Oak Beach leads to a tour de force of pointless innuendo that may or may not tie them to the murders.
This much we know: In May 2010 an Oak Beach resident names Joe Brewer hired Shannan Gilbert off a craigslist escort ad. At some point that night she had a meltdown, ran from Brewer’s house and the man who drove her there into the night, never to be seen alive again. Dr. Peter Hackett, another Oak Beach resident, would contact Gilbert’s mom mere days after she disappeared, allegedly claiming to have treated her that night. He would later lie about the call, denying it altogether, then acknowledging it but never clearly stating what was discussed. Kolker goes onto to examine Dr. Hackett in detail but beyond being an undoubted narcissist and a confirmed liar there doesn’t appear to be much more to him than the fact that some of his neighbors think he’s a weirdo and would love to find out that he’s the serial killer. Neighborhood gossip and strife are not conditions that are strictly the provenance of Oak Beach, no matter how isolated the town is. These sections of the book grow tiresome and feel shoehorned in to further a narrative that already had all the dramatic and tragic elements you could ask for.

It’s part of the difficulty in writing a book about an unsolved case. The germ for Lost Girls came from a New York Magazine article Kolker wrote about how the families of the victims, each from different parts of the country, grew close as a result of the death of their children. While Lost Girls expounds upon their backstories in much greater detail, Kolker might have been better served to use this wealth of information as a springboard into examining prostitution as it stands right now, because the other half of the equation is still unsolved. Basing the remaining bulk of the book on neighborly innuendo and a rehash of the already well publicized case doesn’t allow it to stand up to the utter tragedy of the victims’ lives. If you’re looking for a broad survey of where the case stands right now, Lost Girls does it thoroughly. You can do that too though if you spend a little time on Google. If you’re looking to understand just how horrific the life of a prostitute can be, you’d be hard pressed to find a better source than some of the sections within. But if you’re looking to understand exactly how five young women ended up dead on the side of the road, on a narrow barrier island, Lost Girls will get you no further than the police, the families of the victims, or the residents of Oak Beach have gotten either.