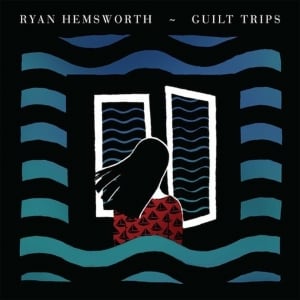 [xrr rating=3.5/5]When so much of the underground hip-hop world is yelling at fans to “turn up,” Canada’s Ryan Hemsworth has kept busy perfecting beats that are much more suitable for the cool down. That’s not to write that these are yawn-inducing endeavors, for that couldn’t be further from the truth. Like the great trip-hop artists of the 1990s, or more current melodic beats DJs like Shlohmo, Baths, Time Wharp and forebearer Flying Lotus, the power of the tracks rest in maximizing the impact of electro minimalism; allowing for broken melodies, ambient dreamscapes, trap percussive roles and pristine vocals to transport an audience into an unexplored realm of aural enchantment. Dubbed Guilt Trips, there is a sense of irony in the title, as the beats seem to arrive from a place of earnest innocence.

Akin to the emotive vibes of Drake’s newest efforts, elements of the 10-track effort are redefining urban masculinity. On “Against a Wall” (feat. Lofty305), Hemsworth creates a wonky R&B route for the vocalist to explore his fondness for an unidentified female: “We could get the most of this love we share/ We could be together anywhere, I don’t care/ If they state ‘cause I’m your man/ And we could do whatever, baby.” While no words are shared, that vibe of love and comfort rolls through the chuckles and muffled-dialogue of “Weird Life” and the gypsy-tinged instrumentals of “Avec Vous.”

Album opener “Small + Lost”, the ultra-sensual “One For Me” and closer “Day/Night/Sleep System” capture more the feminine form of romance. Produced by a male, the beats and woven duets aren’t quite as transparent as “Against a Wall.” A young man, Hemsworth knows that he is still years away from fully comprehending the female psyche.

The tracks also suggest an understanding that despite one’s intent, happiness isn’t always so easily accessible. Borrowing some production tactics from Kid A-era Radiohead, “Happiness & Dreams Forever” is a disjointed affair into the convergence of post-rock and electronica, and unexpectedly abrasive given its title and surrounding tracks. And the aforementioned Baths lends his vocals for the somber “Still Cold.” A track that finds Baths desperately working through the “bullshit” to find a real connection with an emotionless “other.”

Buried at track eight is the album’s lone club thumper, “Ryan Must Be Destroyed.” Melodic trap, the track maintains the overall aesthetic of the release, while offering up a single that other producer/DJs can remix and further spread the sonic goodwill of Hemsworth.

During a revolutionary year in the realm of hip-hop and EDM, Guilt Trips shines spotlight on a producer that can exist in those energetic realms but is capable of crafting a divergent, heartfelt series of originals. In a scene often dominated by copycat production tactics, Hemsworth has skillfully taken sounds that trap fans are accustomed to, and created his own signature palette. This risk deserves to be rewarded.