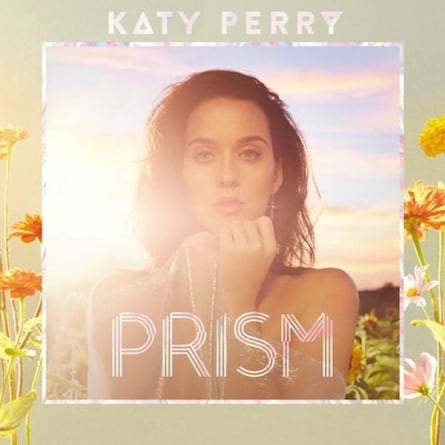 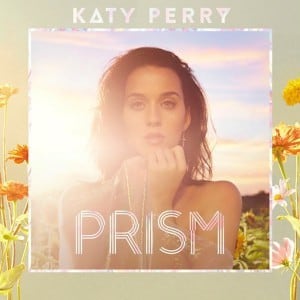 Who is Katy Perry? On one level, it’s a silly question. The whole world knows Katy Perry, candy-coated pop singer. But one another, it’s not so simple. She was also once Katy Hudson, teenage gospel singer, and then a failed Alanis Morissette-type rocker. She’s a sex symbol, a 28 year old teen idol, half of a very public celebrity divorce and incidentally, one of the biggest stars in the world. But it’s hard to pin down Perry because the artificiality of her image is so cheekily blatant; in a paradoxical kind of way, she seems genuine because all the blue wigs and whipped cream bras are so obvious. She’s in on the joke that she’s a wholly manufactured image. But that kind of self-awareness takes a great deal of calculation, and Perry admitted in an Elle interview last year that she’s aware that she “can’t be the candy queen forever.”

Prism is her first step out of that image. That’s not to say that her latest album isn’t her usual style of glossy, heavily produced pop music; it has the requisite radio-friendly singles and uplifting messages. But compared to One of the Boys and Teenage Dream, her third album as “Katy Perry” is striving for maturity or at least a kind of emotional honesty that has rarely been the singer’s focus. Produced by a slew of A-listers, but primarily longtime-collaborators Dr. Luke and Max Martin, Prism opens with “Roar,” a song destined for greatest hits compilations. It’s one of Perry’s best tracks of her career so far, beginning with a back beat and a chiming piano line before Perry’s self-affirmation lyrics kick in. It’s clearly targeted for the same audience as “Fireworks,” a song to be sung along and bolster the self-esteem, but it’s none the less for it. Perry’s not-so-secret weapon has long been her knack for incredibly catchy choruses, and “Roar” isn’t an exception. It’s practically a textbook example.

The rest of the album mostly doesn’t follow suit. Simply put, Prism is stuffed with ballads, most of which share the same tempo and generally vague romantic lyrical sentiments. While “Legendary Lovers” marries a bhangra sound with some of her most enigmatic lyrics (one has never been faced with a Perry/Springsteen comparison before, certainly) and “Double Rainbow” is suitably yearning, much of the album is simply forgettable. Tracks like “Ghost,” “Unconditionally” and “This Moment” tend towards the insipid, not managing Perry’s usual feat of turning generalized emotion strangely personal. Too often, the singer mistakes platitudes for profundity and sentimentality for maturity.

But it wouldn’t be a Perry album if it was not clearly aimed at radio dominance, and “This Is How We Do” and “Birthday” both sound ready for around the clock rotation from the get go. In particular, the former is a slightly hip-hop tinged update to “Last Friday Night (T.G.I.F)” and includes a ready made audience shout out actually in the song, complete with canned applause. It’s almost breathtakingly planned out to be a live favorite, but the chorus and slick beat manage to save it.

The divide between the tracks clearly earmarked as singles and the album tracks is telling. While one could never describe Perry’s public persona as unsure, there’s a certain tentativeness to Prism. While it clearly feels like the singer’s plunge into “adult” songwriting and away from “Peacock” and “Hot N Cold,” the fact that the chosen lead off tracks are so reminiscent of her earlier hits make it feel like she’s hedging her bets. Get them in for the singles, hope they stay for the deep cuts; it’s not a bad tactic, especially more a master planner like Perry. But Prism does make me wonder, where is Perry planning to go with this? Or more to the point, who does Katy Perry want to be?