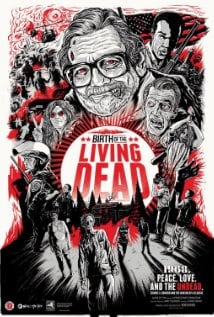 I’m not sure if this is the ideal cultural moment to revisit George A. Romero’s Night of the Living Dead, but it’s surely close. Not only is “The Walking Dead” one of the unqualified popular sensations of current television, but the shambling, ravenous zombie has supplanted every other paranormal, night-bumping creature in the public imagination, save perhaps the vampire. While zombies have been around for a good long time, the current conception of the monster was almost entirely shaped by the 1968 horror classic that Romero and his cohorts made on a shoestring budget and a whim. Initially dismissed by critics, who saw it as just another exploitation feature (and a fairly cheap-looking one), the film’s stature rose quickly as excitable audiences elevated it to midnight showing cult glory and then to a greater veneration. It was added to the National Film Registry of the Library of Congress in 1999, the same year A Streetcar Named Desire and The Ten Commandments were so honored.

Director Rob Kuhns’ new documentary on the film, Birth of the Living Dead, is part history, all tribute. With the pleasantly unquestioning fervor of a full convert, Kuhns traces the genesis of the project, stemming from Romero’s desire to expand beyond the for-hire work in his humble Pittsburgh production house (such as shorts for the locally-produced “Mister Rogers’ Neighborhood,” including one about the title benevolent soul getting his tonsils removed, which Romero maintains may be the scariest thing he ever created) into making a full-on feature. After a medieval romantic saga proved unworkable, Romero turned his attention to a far leaner story about people beset by reanimated corpses with a taste for human flesh. The reason for the emergence of these gruesome beings—first glimpsed ambling through the graveyard like especially unkempt mourners—was kept unexplained, because Romero correctly decided it was scarier that way.

Kuhns gets a whole gaggle of well-qualified individuals to testify to the greatness and influence of Night of the Living Dead, including critic Elvis Mitchell, producer Gale Anne Hurd and filmmaker Larry Fessenden. And he further supports their assertions with his own conclusions, which are often convincing but sometimes overdo it, such as the moment when he essentially implies that nearly every great film of the 1970s, from Chinatown to Network, owes a debt to Romero’s creation. Clearly the best part of the documentary is the extended interview with Romero himself, who comes across as the cheerily crackpot uncle who livens up any family reunion with his amused recounting of past glories. Romero takes delight in pointing out the cheap compromises and all the crew members who did double duty as zombies. Kuhns unearths stories that may not be revelatory, but they are indeed fun, more the stuff of a diverting DVD featurette than an incisive piece of concentrated film scholarship. And arguably the most fascinating part of the story behind the film—that it almost immediately entered the public domain because of a snafu by the distribution company that picked it up from Romero—is given only glancing attention, mostly in the form of a rueful acknowledgement that the people involved in making the film earned almost no money from it over the years, even as it became wildly successful.

Certainly not every movie about a movie has to reach Hearts of Darkness levels of dizzying revelation, but it is nice to see a really compelling reason for the documentary examination emerge. Birth of the Living Dead often seems to have little more aspiration than to serve as an effusive fan film. Then again, that’s appropriate in its own way given the similarly modest goals of Romero’s original work.