Character actor heavy Timothy Agoglia Carey was the ur-Nicolas Cage. You want over-the-top performances from a hammy, big-eyed hulking ectomorph? That’s Carey’s entire career. How many actors can you think of that have what you would call a personal vision? Timothy Carey worked on a lot of terrible movies but never compromised that vision, whether he was working with auteurs like John Cassavettes (The Killing of a Chinese Bookie), genre directors like André De Toth (Crime Wave) or exploitation hacks like Ed Forsyth. Forsyth is responsible for one of the worst films in a checkered filmography, 1976’s unsexy, unfunny sex comedy Chesty Anderson U.S. Navy. But even in this grade-Z product, Carey brought his A-game, confounding clueless bimbos who had to act against his ranting during an extended dinner scene.

Some of Carey’s first roles were uncredited bit parts playing against legends like Marlon Brando in The Wild One and James Dean in East of Eden. Even if Carey was onscreen for seconds only to be roughed up by actors whose faces would end up on coffee mugs and in wax museums, once you saw Carey’s snarling puss, you never forgot it. Carey was the go-to guy for a certain kind of Hollywood tough guy, whether he was an abortionist (Unwed Mother), a wino (in a silent walk-on in the Susan Hayward melodrama I’ll Cry Tomorrow), a “hulking mental patient” in Shock Treatment or the pool shark South Dakota Slim in Beach Blanket Bingo.

The actor went to anti-heroic lengths to get a role. Lobbying for a part in Prince Valiant, Carey donned medieval robes and climbed a fence to brandish a knife at director Henry Hathaway. He did not get the part. Carey shot blanks at Francis Ford Coppola during a casting call for The Godfather. He did not get the part, though Coppola repeatedly tried to hire him.

There was but one director who could rein in this wild thespian: Stanley Kubrick. It is no coincidence that Carey turned in a pair of his strongest, most natural performances – or as close to natural as he would ever get – under the guidance of this exacting perfectionist. But that doesn’t mean Carey didn’t go off the rails. As they were shooting a scene in Paths of Glory in which his character is being led to his execution, Carey did something that’s strictly verboten on a Kubrick set. He ad-libbed. “I don’t wanna die! I don’t wanna die!” he screamed, and Kubrick let him do it, to the chagrin of his fellow cast mates who, like, followed their leader’s orders. 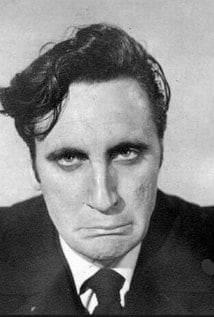 Nicolas Cage ate a roach to stay in character. Carey only smashed a roach, also in Paths of Glory, but his most brilliant performance may have come off-screen. On May 8, 1957, the New York Times reported that the 6′ 4″ actor was found handcuffed and gagged on a desolate road outside Munich. Police said the actor had been picked up hitchhiking and was robbed by two English-speaking men. Now, if you know what Carey looks like, you might well ask what kind of idiot would jump him?

None is what kind. Carey staged his own kidnapping. At a screening of Carey’s work as a director, his son Romeo explained that his father was frustrated with the publicity that Kirk Douglas and his other Paths of Glory co-stars were getting, so he rolled his own.

Yes, Carey was a director too. Carey brought that personal vision into his own directorial work, perhaps even more raw and unexpected than his work in front of the camera. Carey directed himself in the 1962 labor of love The World’s Greatest Sinner, in which he stars as an insurance salesman who quits his job to go into politics, become a rock star and, finally, a God. The movie is a hot mess, sloppily edited, and just as uncompromising as his work as an actor. Perhaps even stranger was Carey’s proposed television show, “Tweet’s Ladies of Pasadena.” Carey worked on this project sporadically in the 1970s. The director starred as a character named Tweet Twig, who had the power to resurrect dead animals and lived among a menagerie of talking beasts.

It’s not the kind of material you would expect from a “hulking mental patient.” Or is it? If you’ve never heard of Timothy Carey before and have never seen a movie in which he lets loose, I envy you. I wouldn’t know where to send you first, but my favorite Carey performance is in the 1957 B-movie Bayou, aka Poor White Trash. The Brooklyn-born actor plays a hulking Cajun named Ulysses, and at once crucial point in the film, Carey performs a strange incantatory dance, as if possessed with the power to summon the elements. And he does: after his dance, a powerful hurricane sweeps into bayou country. Carey died in 1994, leaving behind an inconsistent but essential and uncompromising film legacy, one in which he breathed life into everything he touched.