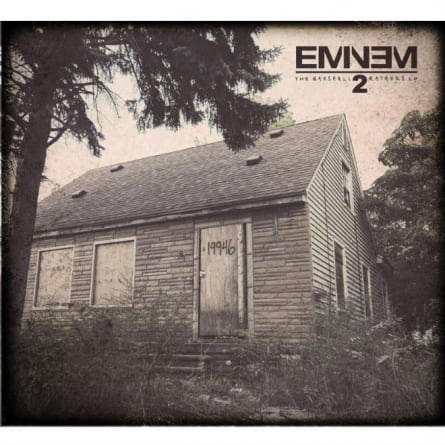 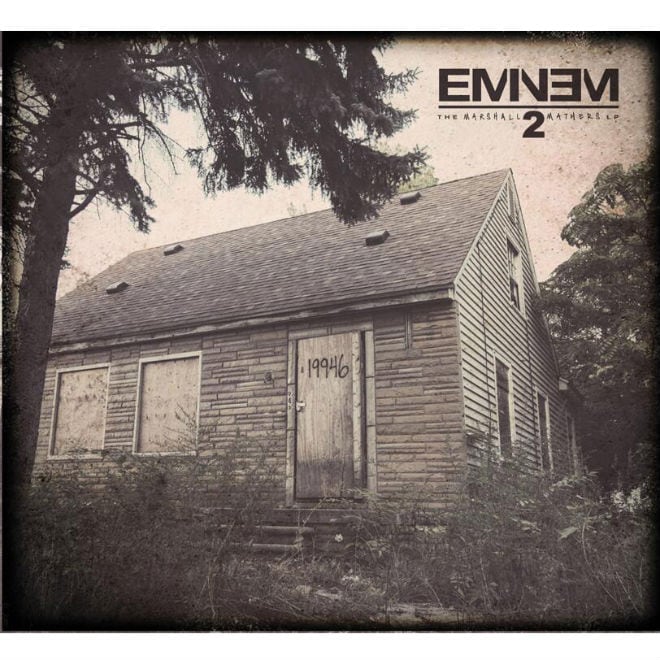 Soliciting pity is an unusual way to approach your fans with a new record. That’s exactly what Eminem tries to do on the schizophrenic opening to his revisit of the eponymous theme in The Marshall Mathers LP 2. The more introspective yet violent of the rapper’s three personas opens the record with “Bad Guy” lamenting the success of Eminem or Slim Shady or both (the pseudonyms are used here interchangeably). We’re supposed to relate to the lowly alter ego. It’s a mildly convoluted idea made even more confusing by the sudden and incongruous jumps from voice to voice. At times it’s unclear who’s who, but the main point is that the grounded voice of Marshall Mathers seeks a violent revenge on Slim Shady. But after a run of successful records and a career built on dense wordplay that spans horror, deadbeat parenting and insulting entire demographics, it’s a hard sell to convince your audience to crawl into the “tortured artist” headspace.

While there’s some interesting moments, The Marshall Mathers LP 2 is wildly inconsistent in style overall. The drama of the opener fades into a skit depicting a murder, a subsequent failed escape attempt and then a chilled groove that borrows heavily both in sample and melody from the Zombies’ “Time of the Season.” The two seem oddly juxtaposed and it only gets more unusual when Eminem delivers a line as Yoda, one that should be a shout-out to his nerd fan base but instead plays like a clever self-serving boast. He then, notably, sings the hook himself. And while many had a hand in production, Rick Rubin’s signature rock licks and loud, high impact percussion are all over the record.

“Survival” is constructed like a rock song complete with distorted lines and a low-rent Joan Jett vocal hook that falls short of the mark by a large margin. The spotlight is put back on the lyrics, which on this record is not much of an advantage. Unlike his previous work, Eminem’s delivery on this LP doesn’t sound quite as effortless, the intensity and density of the rhymes more performance than passion. These are words that were written like poetry and performed straight from the script to the point that it becomes almost numbing. On the bright side, after several listens you’re still unpacking punchlines you previously missed, giving the album a certain longevity if nothing else.

“Berzerk” does a better job of bringing out the rock ‘n’ roll rap but suffers through a chorus that’s too cheesy and predictable to sustain interest. “Rap God” drops into a more ghetto-style flow with long, monotonous bass notes and a trap-like snare that’s pleasing to the ears and probably the most contemporary track on the record. “Love Game” just seems to abandon the whole Mathers’ idea and embrace a blues-licked rap style featuring a refreshing verse by Kendrick Lamar.

Understandably, the record feels like an unsuccessful attempt to revisit the acclaim of the first installment of The Marshall Mathers LP, which was fresh and fascinating when it came out. Had this record been released as a second disc it might have been equally as notable, but now, so many years later, it feels a little dated. There’s a lot going on in hip-hop in 2013. You’ve got the Odd Future artists collective shotgun spread of approaches to putting the parental dread back into tired rap tropes, and there’s the hard underground sounds of Killer Mike or Action Bronson making a name for themselves on indie budgets. Despite excellent music production, catchy breaks and unrelentingly radio-friendly pop hooks, when you’re up against the backdrop of a rappers actively progressing and redefining the genre with every release, Marshall Mathers sounds a little like an angry suburban kid whining from the back of the room. We’ve heard it all before and it doesn’t have the same impact this time around.

Darryl Wright has been writing fiction and critiquing pop culture and music since the 80’s. He was the two time winner of the Step Up! Slam Poetry event in Ottawa, Canada. He’s promoted shows, directed music festivals and even DJ’ed a Fringe Festival. Today he’s a father, software developer and writer who makes his home in Halifax, Canada.