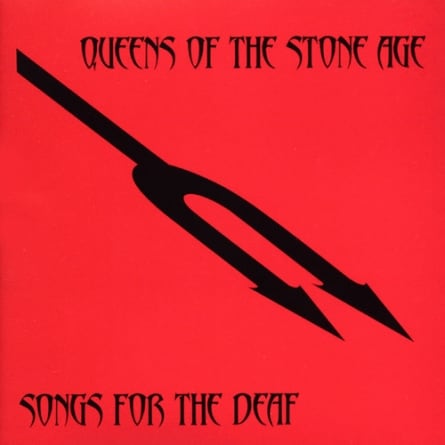 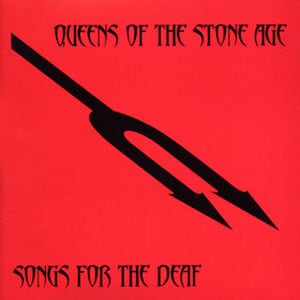 Queens of the Stone Age are bigger now than ever, riding the wave of …Like Clockwork to the top of the mountain. A contender for rock album of the year, it overflows with the QOTSA hallmarks of Josh Homme’s swagger and atmosphere-crafting riffs. But make no mistake, for as good as it is, it’s destined to be relegated as the Queens’ second-best record. The designation of their best, without reservation, goes to their third record, 2002’s Songs for the Deaf. It’s an album that should have been the biggest thing in alt rock since Nirvana’s Nevermind, a weighty proclamation to be sure, but damn deserving (that Dave Grohl mans the drums on each is an added bonus). It’s a testament to its greatness that in its wake, the band struggled to serve a truly worthwhile follow-up, floundering with two decent but inconsistent albums before regaining their footing with …Like Clockwork.

In many ways, it’s almost unfair to compare Songs for the Deaf with anything QOTSA has done since, as it’s largely the work of a different band. Part of the group’s charm since day one has been their protean makeup, Homme the only mainstay, the common denominator with his signature robo riffs and disarming falsetto. With Songs…, though, the group hit their watershed roster, which in turn delivered their most fully realized album. At the core of the album’s grandeur is a striking amount of diversity. Again, QOTSA has always been about collaborations, but this is the lone installment of their discography that stands as the offspring of a collective (with the possible exception of its immediate predecessor, Rated R), rather than a band with some guest performers. While Homme is the undisputed ringleader of the deranged circus, he shares much of his writing duties with bassist Nick Oliveri and vocalist Mark Lanegan. There’s a sense of community in the way all three pen the songs, rotating lead vocal duties, taking point on singing each other’s lyrics. What this bafflingly yields is a degree of consistency with the group’s overall sound, while allowing each of the three frontmen to affix their distinctive stamp— Homme’s enviable debonairness, Lanegan’s intimidating mysteriousness and Oliveri’s rabid yowling.

The degree of variety here was by design, as it bolsters the album’s overall concept of being a travelogue of desert rock radio stations. Yeah, the novelty of the between-song DJ banter and AM/FM tuning doesn’t hold up all that great 11 years on, but the cuts themselves sound as fresh as if they were just released. After the initial DJ clip heralds things in with the misdirecting “It’s Songs for the Deaf, you can’t even hear it!,” opener “You Think I Ain’t Worth a Dollar, But I Feel Like a Millionaire” charges out of the gates with the pent-up fury of stampeding bulls, Oliveri fittingly screaming toros and foaming about conquistadors. Oliveri spits and snarls like a madman reveling in his unhinged debauchery (a role he assumes again on “Six Shooter”) while the rhythm drives forward with the nerve-rattling urgency of a locomotive on the verge of crashing off a trestle.

As the first cut ends as abruptly as it began, in comes “No One Knows,” the tune that alone guarantees QOTSA a hallowed place in rock history. It’s one of the catchiest hard rock songs ever recorded, there’s no getting around it, the band sacrificing none of their testosterone fuel as they dabble in pop. A palatable darkness pervades it as well, though the spooky aura endemic to the foreboding bass solos and Homme cooing lyrics like “I drift along the desert/ Dead lifeboats/ In the sun” is kept from being oppressive by the melodic riffing. From there, “First It Giveth” pummels the listener with some of Grohl’s frenetic drumming before Lanegan rears his head for the first time on the doom-soaked “A Song for the Dead,” the anti-Nico to Queens’ Velvet Underground as he bellows, “Life’s the study of dying/ How to get it right.”

This opening salvo of this four-song assault is flawless. Things get dicey in the immediate thereafter. “The Sky is Fallin’” is a fine trip-out tune, though it overstays its welcome by a minute or so. “Six Shooter” in and of itself isn’t anything special, and on repeated listens is one you’d certainly hit the ‘skip’ button on if it wasn’t so short, but in the context of the album, it is essential. All din and psychotic verbal spewing, its presence stands as the record’s most prominent diversion and thus is a necessary component to its overall strength. Lanegan reappears to close out Side A on a Desert Sessions reworking of “Hangin’ Tree,” on which his dusky croon is supported by a psychedelic wash of interplay from Homme, Oliveri and Grohl. Side B has received some criticism from QOTSA diehards, labeling it too soft, too poppy. Such a complaint is of the sour grapes variety. “Go With the Flow” is a chugging beast, one that can’t be properly grasped without driving at least 90 mph in a sticky summer twilight. Yeah, maybe Oliveri trades in his raging vitriol for snide spite on the sing-alongs “Gonna Leave You” and “Another Love Song,” but, once again, this only showcases the depth of all these songwriters working together. And the droning, self-referential “God is in the Radio” is anything but radio friendly.

Every facet of the album culminates in official closer “A Song for the Deaf,” each piece of the puzzle presented over the course of the album coalescing into a whole. A nearly seven minute sprawl of hypnotizing, carnival-esque guitar licks and hammering drums, it’s sinister defined, Homme singing obliquely as Lanegan chimes in on the low end and Oliveri screams from the back of the miasma, all while Grohl’s drums cause the listener’s heart to thump against their ribcage. It truly is the zenith of the album, if not the band’s entire discography, and expertly positioned as the destination of the journey. Tacked on almost as a come-down breather is the bonus “Mosquito Song” (sardonically listed on the cover tracklist as the “hidden track”), all baroque chamber folk with queasy lyrics of human slaughterhouses and cannibalism.

Shortly after Songs for the Deaf’s release, this iteration of Queens of the Stone Age dissolved, with Homme sacking Oliveri, Lanegan returning to his solo career and Grohl heading back to the Foo Fighters. While the circumstances of the group’s separation is understandable, the fact this lineup didn’t get the chance to record a proper follow-up is one of rock’s great missed opportunities, one of the lingering could-have-beens. For the optimistic among us, the fact that Grohl was back manning the drum kit on …Like Clockwork and that Lanegan and Oliveri also popped in for cameos could mean such a prospect isn’t entirely out of the realm of possibility. Either way, Songs for the Deaf will remain not only Queens of the Stone Age’s finest work, but one of the grandest rock records of the past 20 years.

Cole Waterman is a veteran crime reporter for MLive, Michigan’s largest online and print media outlet. To break up writing about man’s inhumanity to man on a daily basis, he moonlights as a music critic for several online publications, with a focus on examining the historical lineages in modern musicians' work. When it comes to favorite artists, Tom Waits and the Replacements remain as kings, with PJ Harvey as the queen. Though he has a bachelor’s degree in Creative Writing, he is considering going back to school for a master’s degree in either that field or Literature. In his free time, he writes fiction, studies world religions and world history. He lives in Bay City, Michigan, with his girlfriend and their cat, tree frog and Betta fish. You can follow him on Twitter @ColeWaterman.