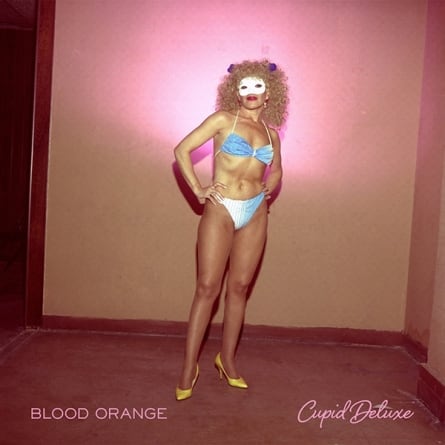 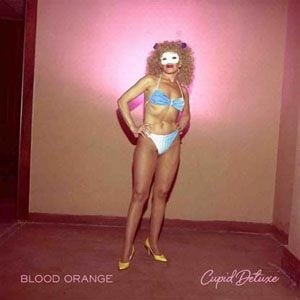 Dev Hynes is just one of the singer/songwriters whose notoriety will never match their ability. For this isn’t due to a lack of effort; Dev Hynes has been an influential factor for the rise of songstresses like Florence Welch, Solange and Sky Ferreira. Recruited for his left-field R&B production palette, Hynes has historically displayed little restraint in experimenting with a vast array of club friendly sounds and textures. Beginning with the same pairing of sun-kissed melodies and post-punk atmospherics that lined 2011’s Coastal Grooves, his first under LP under the Blood Orange alias, Hynes utilizes a much finer brush to amplify the character of Cupid Deluxe. Deepening the shadows and intensifying emotive plateaus without muddling up the beauty of his production simplicity.

Like fellow Brits T. Williams and Disclosure, Hynes is attempting to establish a new pop sound built atop the same fusion of house, R&B and pop that occurred some 25 years ago. Spending time in the commoditized world of pop-music, where the search for “what’s next” is always near the forefront of an agenda, one can hear the joy Hynes has in reformulating more timeless sounds. For those with a vivid enough imagination, album-opener “Chamakay” (feat. Chairlift vocalist Caroline Polachek) evokes images of a one-time collaboration between R. Kelly, Disclosure and Kenny G, with Polachek retaining her duties as angelic harmonic partner. These types of reference points come easy when listening to Cupid Deluxe, so it’s the unexpected shifts that give the 11-track LP its identity.

What might at first listen like a self-serving exercise in genre-fusion eventually reveals itself to be a relatively fluid journey though the vibes that influenced this tastemaker. Following the opener, Hynes maintains focus on an indie dancefloor. The nostalgic electro-pop of “You’re Not Good Enough” sets an ironically upbeat yet slightly depressed mood, and the minimal-house-turned-free-jazz of “Uncle Ace” pulls together tech-heads and hipsters alike.

Hynes then takes to the Pacific Ocean and dips his toes in the sand for a couple of bluesy ballads, “No Right Thing” and “It Is What It Is.” Once free of that Jack Johnson dust, the album takes a quick, unexpected turn toward old school hip-hop. “Clipped On” commences with Hynes yearning for a lost love before morphing into an inner-city tale of sleepless nights, infidelity and vengeance. The balance is flipped on follow-up track “Always Let U Down,” with Hynes cutting the track’s casual soft-rock stylings, staccato guitar plucks and Samantha Urbani’s effortless vocals with intermittent raw turntable scratching. UK Grime becomes the alternative focal point on the Skepta-featuring “High Street.” Similarly to how North American artists like Shlohmo and Ryan Hemsworth have sensualized the trap genre, Hynes smoothes the edges and bolsters the feminine appeal of a formerly underground bass genre to appease to a new consortium of electronic music fans.

An undeniably talented multi-instrumentalist (Hynes contributed nearly 100% of the instrumentation on the album) and lyricist, his best gift may actually be as talent scout and A&R. As confident producing hip-hop as electro-folk, Hynes continues to create symbiotic relationships that push his own artistic boundaries and the careers of his collaborators. So, while the general public might be slow catching onto the Hynes name or Blood Orange alias, artists should be lining up for his services.