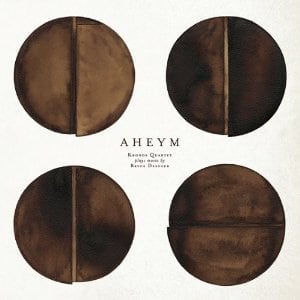 [xrr rating=3.5/5]It’s tempting to search for connections between Bryce Dessner, guitarist and songwriter for indie-rock megastars the National, and Bryce Dessner, Yale-trained contemporary classical composer who has been influenced by the likes of Steve Reich and Arvo Pärt. As fun as it might be to point out the similarity of the emotional push and pulls that characterize this year’s acclaimed rock record Trouble Will Find Me and Dessner’s latest foray into the world of “legitimate” concert music, these comparisons would seem forced and might even be an unfair representation of Dessner as an artist. After all, why shouldn’t Dessner be allowed to pursue two simultaneous musical careers, even if they are only remotely related?

Given the grueling schedule required for touring and recording with a high-profile rock band today, it is impressive that Dessner has carved out an identity for himself as a composer as well. It makes sense that Dessner would team up with the Kronos Quartet, known to be fellow musical workaholics. The San Francisco-based group was formed in 1973 and, since then, have recorded more than 40 albums and performed over 600 compositions. Having worked with such a wide variety of artists as Philip Glass, Allen Ginsberg and Björk, they are perhaps the most well-known “new music” string quartet in the world. Aheym, their challenging, at times profound collaboration with Dessner, is a natural addition to their varied, vast discography.

The title track, whose name is Yiddish for “homeward,” starts with an aggressive attack. All four members of the quartet strike their instruments with the savagery of Bernard Herrmann’s score from Psycho. Dissonant chords and repetitive rhythms in 5/4 time create an emotionally arresting effect before the music abruptly stops. A solo cello plays a romantic melody, with plucked violins serving as counterpoint. The music shifts to 5/8 time, and multiple layers of countermelodies are added. Before returning to the opening theme, the melodies and rhythms alternate between invoking violent ferocity and post-storm serenity.

“Little Blue Something” is slower, yet no less agitated. Dessner gives us a straight statement of the melody before deconstructing it over the next eight minutes, breaking it into fragments that are arranged in divergent orders and inversions, with subtle variations in rhythm. The entire piece is like a simmering pot of potential chaos. This feeling of nervousness is echoed by the opening of “Tenebre,” which sounds a lot like flies swarming. This third track is perhaps the most abstract and challenging of the record. The melody isn’t stated outright this time, but rather emerges over time. The piece ends with dissonant chords and monotone voices being gradually added to the texture.

On “Tour Eiffel,” which was commissioned by the Brooklyn Youth Chorus, Dessner applies his rich, jarring aesthetic to vocal music. The piece starts with an overwhelming wall of cluttered choral sound. The presence of a piano and guitar throughout grounds the composition in tonality more than the other tracks on the record. This sense of “normality” will be comforting to those approaching this album as neophytes to contemporary classical music. On this last track, Dessner employs the strategies of musical minimalism, repeating rhythms and melodies with only subtle variations. The effect is mostly hypnotic, if not a bit tedious by the end.

To be certain, Aheym is not always an easy work to listen to. Those who are used to experiencing classical music passively—as background sounds for other activities, for instance—may have a hard time entering the record’s discursive, abstract world. Nevertheless, there is no denying Dessner’s ability to convey deep, dark emotions through art music. As for the Kronos Quartet, their performance, as always, is relentlessly brave and stunningly flawless. They play with a combination of discipline and passion matched by few artists who have released recordings in 2013.