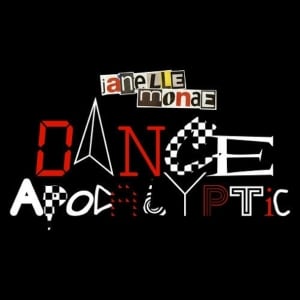 On her stellar sophomore album, The Electric Lady, Janelle Monáe calls in the musical royalty. The likes of Prince, Miguel, Solange, Esperanza Spalding and Erykah Badu lend their talents to an album that’s a start to finish listen and a triumphant breakthrough for Monáe—nowadays it’s difficult to buy a cup of coffee at Starbucks without seeing her face next to the cash register. But tucked away at the tail end of the album is perhaps its best track, “Dance Apocalyptic,” in which Monáe gives her guest stars a breather and keeps the microphone clutched in her wildly swinging hands throughout. You don’t often associate rockabilly ukulele with a onetime R&B artist, but throughout the psychedelic soul of The Electric Lady Monáe proves that she’s one to defy expectations. “Dance Apocalyptic” follows with science fiction themes of Monáe’s concept album work, but also stands alone as a banger, its freewheeling frenetic energy virtually compelling movement as the electric lady thanks the listener for dancing right up until the end of the world. If this is the kind of party one can expect at the apocalypse, than I say bring on the bombs and zombies and fire and brimstone. – Josh Goller 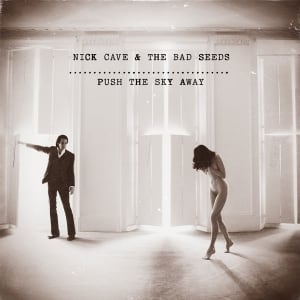 “I was riding, I was riding home,” Nick Cave drearily intones in the intro to “Push the Sky Away,” almost talking in his sleep as he comes out of a foggy dream. He describes the sun rising from a field, with the feeling that he’s recalling a vision long since passed. He then shakes himself back into a grey reality, the spooky vibes of the Bad Seeds coalescing in a cold embrace. Cave’s work is often haunting, but only a few of his songs sound this haunted. Musically sparse, the Bad Seeds emit a brooding and unsettling chill, favoring subtly over bombast, as does most of the album that shares the song’s title. Floating keyboards and a barely-there rhythm hinged on a sporadic drum tumble give it a despoiled texture, one that would serve as an anthem in the world of Cormac McCarthy’s The Road. Atmosphere is paramount here, the spidery guitar lines and cooing backing vocals adding to it as Cave utters lyrics uncharacteristically simple, used more to cast impressions than literal meaning and presented in terse stanzas. Each verse ends with the vaguely work-song mantra of “You got it/ Just keep on pushing/ Push the sky away,” but when Cave repeats it until the music scratches and swirls off into oblivion, it’s not comfort you’re left with but an unnerving sense of mystery. – Cole Waterman 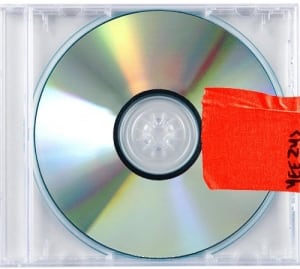 The verdict of Kanye West’s “genius” status is still out, but the Chicago-bred entertainer is one hell of a project manager. Pulling together the likes of Hudson Mohawke, Lunice, Carlos Broady, 88-Keys, Arca and Mike Dean, the collective create a new sound that fuses classic soul, Dirty South’s appreciation for the sousaphone and the minimalist trap-stylings of TNGHT. Sampling Nina Simone’s 1965 remake of Billie Holiday’s “Strange Fruit”, the track is so much smarter than it needs to be. Approximately 0% of West’s fans were around for the original Simone edit, so very few would catch the deeply political implications of the track—one known as the only explicitly political recording of Holiday’s career. That detail adds further depth to West’s tragic tale of success, excess, lies, harsh truths and barely tinted politic jabs: “Now you sittin’ courtside, wifey on the other side/ Gotta keep ‘em separated, I call that apartheid.” And when did a songwriter have enough courage to so openly rap about abortion? An even more powerful notion given the birth of West’s child during 2013.

As West has mentioned multiple times throughout his career, he is none too fond of the media. So, it’s singles like “Blood on the Leaves” that offer fans a glimpse into the fears and insecurities of an artist who seems to always put forth a confident demeanor. West is a polarizing figure, but even his detractors should find it difficult to critique a song that concurrently pleases the pop-ear and challenges America’s status quo on (perceived) race and gender equality. – Derek Staples 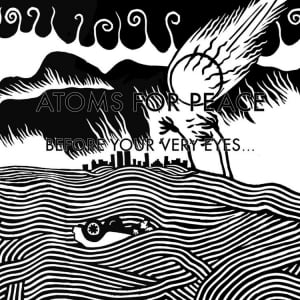 Over the past several years, Thom Yorke has managed to release two albums with Radiohead, his first solo album, The Eraser, and now an album with his supergroup, Atoms for Peace. That sheer amount of output is impressive from anyone. Joined by bassist Flea (Red Hot Chili Peppers), Radiohead producer Nigel Godrich, drummer Joey Waronker (Beck, R.E.M.) and Brazilian instrumentalist Mauro Refosco (Forro in the Dark), Thom Yorke rounds out Atoms for Peace (simply labeled as ?????? for early live performances). Their highly anticipated album Amok combines ambient loops and a heavy dose of synthesizers beginning with track one, “Before Your Very Eyes.” The opener basks in undulating percussion and a looped guitar riff that continues throughout. The repetitive nature of the song has a truly hypnotic effect. Despite the excitement surrounding Flea’s involvement in the project, his thumping basslines aren’t as pronounced as one might expect. Rather, his contributions are subtle but effective in lending vitality to the evocative trance-inducing rock on Amok. Add to that Yorke’s whispery falsetto repeating “Sooner or later/ And before your very eyes” and the track is an ethereal experience (which is only enhanced by the trippy music video directed by Andrew Thomas Huang). Much like the rest of the album, “Before Your Very Eyes” features sparse, understated lyrics, and it is clear that Yorke and co. shirk any reliance on standard music structuring and instead create layer upon layer of electronic soundscapes. – Katherine Springer 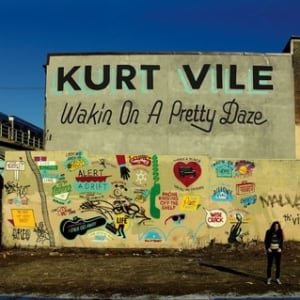 Sit down with Kurt Vile for the nine minutes of calm that constitutes “Wakin on a Pretty Day.” Few artists can linger in a listener’s ear for the long song without overstaying their welcome. Using tempo and pacing over slow guitar strums and then applying his gentle, lackadaisical vocal and crystal clear studio production to highlight every fret movement, Vile has created an anthem for anyone who’s got problems. But after about three minutes of hanging out on a fantasy patio, nodding along, something unusual happens. There’s a subtle quickening of rhythm and the addition of a barely noticeable lower tuned electric guitar rolls in almost unnoticed like a rain cloud temporarily blocking out the sun. What sounded so simple and obvious suddenly takes on a more serious tone. Your afternoon on the patio was just cut short and Vile reveals an uncanny ability to use music to set an emotional scene while singing nothing other than, “Yeah, yeah, yeah…”

It’s not long before more layers are added, thickening the mix with keys, synths and restrained guitar soloing handled with enough care to elevate things a little higher without giving into the temptation of a total rock-out. That works perfectly for a song themed around waking, obligations to others, ambivalence toward the specter of death and decidedly dealing with it by not dealing with it. You simply shrug and press play again because nine minutes hardly seems long enough. – Darryl G. Wright