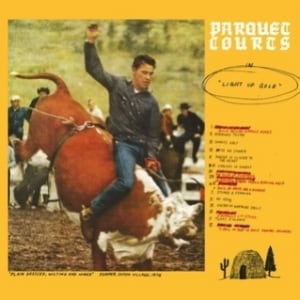 It was not a great year for the guitar song. That statement can be applied to any year in recent memory, but turn on just about any college or indie radio station today and you were likely greeted by a dance beat or pop tune. This is exactly what makes Parquet Court’s “Stoned and Starving” such a breath of sticky, cannabis-laced air. Two chords and the truth never felt so welcome. With an angular riff that carries throughout and dazed verses of monotony, “Stoned and Starving” is everything it says it is. With lyrics like, “I was walking through Ridgewood, Queens/ I was flipping through magazines,” it’s as if a camera is strapped to the tilted brim of singer Andrew Savage and we’re watching him wander aimlessly with a head full of pot smoke and an empty stomach. And find another band that can integrate Swedish Fish, roasted peanuts and licorice into a single line. A less proficient or maybe more coherent band would have ended “Stoned and Starving” after a few simple verses, but the droning, jangly solo breaks add an extra dimension of squint. Despite the half-assed, lazy perception, slacker rock is not an easy thing to pull off. It takes authenticity to do so, and no one’s doing more with less than Parquet Courts. – Mike Randall 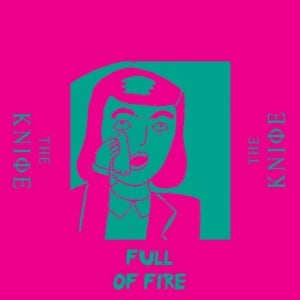 The Knife’s newest album, Shaking the Habitual, is easily the most challenging in the band’s discography, darkly exploding after a seven-year hiatus with an extreme running time and some of the band’s most punishing tracks. Taking on world issues such as the dichotomy between rich and poor and environmental issues such as fracking and general apathy, siblings Karin Dreijer Andersson and Olof Dreijer push away from the silky sadness of Silent Shout and go full throttle into the abrasive.

Lead single, “Full of Fire,” is a nine-minute stunner fueled by a pounding industrial beat that perfectly balances Shaking the Habitual’s more melodic aspects with the more difficult ones. That beat is more caustic than anything the Knife has done before, a transgressive step into a realm where the electronic has completely consumed the organic. It’s a lock-step kissing cousin to Portishead’s “Machine Gun,” a guttural cry of horror with a pinprick of humanity in its center.

Despite this new fury, “Full of Fire” contains all the hallmarks of what makes the Knife’s music so distinctive. At their core, the Knife’s songs are dance music, propelled by some of the most evocative beats out there. Dreijer’s voice rides along these intonations, mutating from seductive to terrifying to alien as she groans, “When you’re full of fire/ What’s the object of your desire?” Ours is the Knife and it makes us burn. – David Harris 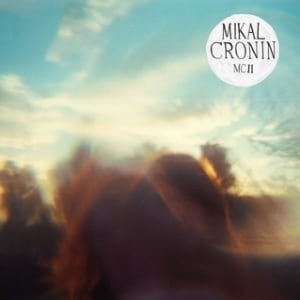 The weight isn’t real, the weight is created, a construct in our minds, indicative of some impending responsibility or societal custom that seems destined to squash the spoils of our carefree youth. Mikal Cronin, known to some as garage rocker Ty Segall’s more sensitive counterpart, begins MCII by conjuring the titular weight into existence and letting it chase him out of town. Equal parts frantic and hopeful, the song embodies Cronin’s passion for self-discovery (“No, be bolder, golden light for miles”) as it indulges his burgeoning existentialism (“I’m not ready for the moment/ I’m not ready for the tide to change”). The subsequent journey finds Cronin lost, directionless, desperate to grow into the adult he feels like he should be by this point. By “Piano Mantra,” the record’s elegiac closer, Cronin’s concluded that the “open arms” he absconded from are the ones “giving me hope.” And it’s back home he goes, perhaps having learned that you can’t force growth, that youth isn’t something we lose, but something we abandon. And “Weight” serves as the most perfect prologue to this story, its rhythmic snares, jaunty legato and that first (much-lauded) jolt of distortion not just signaling the inciting incident, but typifying everything that’s excellent about MCII, which might be the best guitar-driven power pop record to be released this year. – Randall Colburn 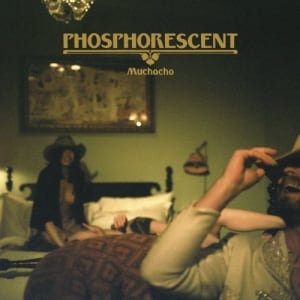 An irresistible, head-nodding beat, thrumming bass line, plenty of twangy distorted guitar and yelping, heavily reverbed vocals: Phosphorescent’s “Ride On/Right On” has all the ingredients needed to push the buttons of many a country-inclined rocker, this one included. What makes the tune stand out, though, is its laidback vibe, not to mention the simple joy that comes through Alabama native Matthew Houck’s voice. Houck, the multi-instrumentalist behind Phosphorescent’s lengthy career and discography, stays within his comfort zone—and the listener’s—and delivers a song that’s as familiar and well-worn as a favorite flannel shirt rediscovered in the back of the closet.

This is not to say that the track is dull. It’s anything but. Sure, there’s not a whole lot in the way of surprises, no guitar pyrotechnics or techno samples or clever tongue-twisting lyrics. That’s just fine. This is country music with a rock ‘n’ roll heart, or maybe the other way around, and the keep-it-simple aesthetic suits the tune: subtle keyboards and rock-solid percussion provide a comfortable bed for the guitar accents and vocals to play upon, but it’s Houck’s quirky, playful yelps that listeners are going to remember. It’s perfect road music, too—pop this in the car and hit play, and you just might find yourself halfway across the state before you come up for air. – David Maine 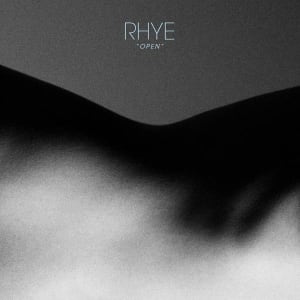 “Open” does exactly what its title implies, starting off Rhye’s gorgeous debut LP, Woman, with the rush of strings and woodwinds like velvet curtains being gently pushed aside to reveal the record’s shadowy bedroom setting. It’s worth mentioning the track initially appeared on YouTube sans explanation, which may be all the context the song ever needed, adding an air of mystery to a track that’s already ambiguous with the specifics. But even with some of the group’s background colored in, Rhye lose none of their mystique. The song’s production and songwriting aesthetic alone are enough to leave a lasting impression. The duo of vocalist Michael Milosh and producer Robin Hannibal combine vintage and timeless arrangements with light-touch electronics and some of the most soulful and bodily grooves of the year. As soon as the song’s main hook kicks in and Milosh’s androgynous croon settles into place, time seems to slow. But the staying power of “Open” goes well beyond purely sonic concerns. Milosh sketches images of isolated body parts tangled in runny emotions with achingly intimate proclamations of love soon to be lost in the past tense. The track is an overture for an album that’s as much about an emotional place as it is a physical one and it wastes no time submerging the listener in its vivid setting of fluttering heartbeats and sweaty exhalations. – Will Ryan