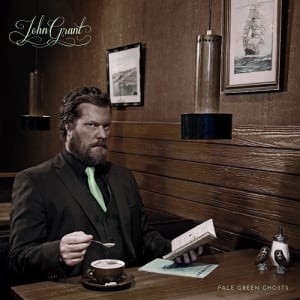 Bravado and self-loathing are the twin poles of pop music, and they are often found in the same artist. “GMF” from John Grant’s sophomore album Pale Green Ghosts is a sterling example of this syndrome, set to music so delicate and mellow as to belie the intensity of his lyrics. In just over five minutes, the former singer of the Czars manages to drift from doubt to castigation to hatred to a plea for happiness, but who knows how much of it is sincere? The beauty of a song like “GMF” is in its passive-aggression, in the way that the singer inflects the chorus “But I am the greatest motherfucker/ That you’re ever gonna meet/ From the top of my head/ Down to the tips of the toes on my feet” and reminding you that “You could be laughing/ 65 percent more of the time.”

“GMF” opens with the strum of an acoustic guitar and a sedate electric piano, before a bass thumbs a few notes and Grant reflects on his faults, as seen from the outside. He doesn’t deny them, but he doesn’t grant himself absolution either. It’s an uncertain song, even as his echoing voice proclaims his greatness, and that’s where its power lies. – Nathan Kamal 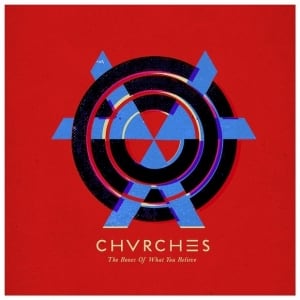 Before the arrival of their debut full-length, The Bones of What You Believe, the Scottish synthpop band already had a dizzying number of sterling, thrilling, crazy-catchy singles to their credit, the sort of tracks that could set the internet abuzz from their first electronic beats. One of the great pleasures of the album was finding out there was no shortage to the trio’s pop ingenuity. Nestled snugly between the singles “The Mother We Share” and “Gun” was perhaps the album’s most deviously joyous standout: “We Sink.” Built on a bubbling synth line, the track features one of the best uses of lead singer Lauren Mayberry’s sweet, crisp vocals. She gives the pointed chorus (“I’ll be a thorn in your side/ ‘Til you die/ I’ll be a thorn in your side/ For always/ We sink/ We lift our love”) an irresistible shimmer that pulls the song along like a long, lithesome banner, flicking and snapping in the wind. At a perfect length of 3:34, “We Sink” subtly builds as it goes, never exploding but becoming fuller, higher, richer, lovelier by small but noticeable degrees, even as it had a loosey-goosey bridge that manages to be spacey and punchy at the same time. Maybe more than anything else, its wide open energy is a reminder of how the right song can turn a dance floor into a place of pure magic. – Dan Seeger 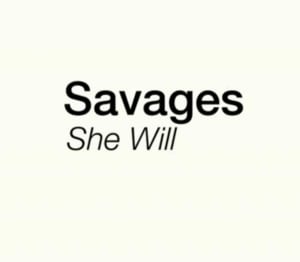 Before every moment, there is a another moment. A resonant wave of nervous electrical energy rises, triggering an adrenaline rush that spikes just as the drums kick in. Once the relentless bass line starts up, there’s no turning back. All that’s left is to hold on for the ride and hope for the best, “You’ve got to get used to it/ And give your heart a little kick!/ She will, she will…” And in the final moments, just before the crash and burn erases everything, the question remains about whether there was ever a chance to turn away and avoid the tsunami.

“She Will” is a powerfully intense nugget of synthpop-inclined New Wave. A tortured guitar jangles and bleeds over the steady bass throb and choppy syncopation. Savages set their hook with a dark, sweaty mix of influences. They blend the uber-Goth attitude of Siouxsie and the Banshees with a dram of Joy Division’s fatalism and a healthy dose of U2 determination. Lead singer Jehnny Beth’s voice is haunted on the verses as she warns of perfidy and darkness, but she turns primal and tortured on the insistent chorus. This is the damaged heart of the song, cascading through fear and awe before surrendering to an overwhelming fate. Was there a chance of escape? No way. – Jester Jay Goldman 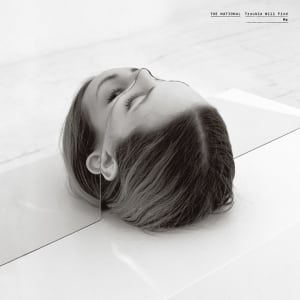 “Graceless” is the sound emerging from a woeful miasma you thought would claim you. That’s one way to look at it anyway. The other is to perceive it as a beleaguered citizen being unable to maintain his public guise any longer, starting to crumble and then opting to give into a hedonistic death wish. Triumph through defeat, in a way. A highlight of the National’s Trouble Will Find Me, the song opens with rapid yet ominous drumming and eerie tones sweeping through the background. In a languid baritone, Matt Berninger levels a litany of world-weary put downs at himself. Questioning one’s worth or relevance amid the anonymity of modern society is Berninger’s usual lyrical focus, but the couplets here stand among his best, bolstered by a synergy that is attained with the music they ride upon. Shifting in tempo and energy both at the refrain and the bridge, the tune simulates the narrator’s emotional vacillation, growth and eventual resolve. From being stuck in a bog of resignation to bursting through a murky sea’s surface a second before drowning, “Graceless” comes to detonate in a declaration of leaving responsibilities and tethers behind. “Come apart at the seams/ Now I know what dying means,” Berninger sings at the moment of transcendence. To listen and not be invigorated is a dire sign that you might be as static as the narrator in the first half of the song, and just as much in need of a breakthrough. – Cole Waterman 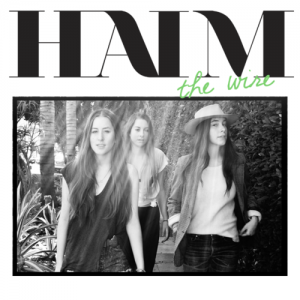 Haim’s “The Wire” excels not only as a great arse-kicking rock song, but as a triumph and testament to both Haim and what can be done with modern technology. With the visceral lightning of guitarist Alana Haim, the merciless thump of drummer Danielle Haim and the pulsating rhythm of bassist Este Haim, “The Wire” reveals an excellent rock band at the top of their game. The trio has made no secret about the R&B influence on their music, and the soul that oozes out of every second of “The Wire” is a great reminder of what a multi-genre appreciation can produce. Further, it’s worth noting not only how excellent their performance is on the studio version, but the mixing and mastering capture the group’s raw energy perfectly. “The Wire” also led to one of the 2013’s most memorable music in media moments as the group’s performance of “Saturday Night Live” not only galvanized viewers as the best of the season, but lead to a tidal wave of real-time responses over social media of bewildered listeners having no idea what they’ve just experienced. It was a spellbinding performance that shows Haim is just as excited about the music they’re making as we are. – Chaz Kangas