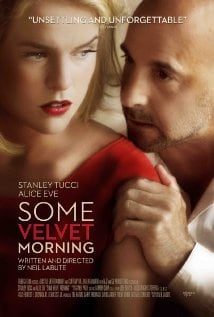 [xrr rating=2.25/5]At the time of the release of his debut feature, In the Company of Men, in 1997, I was prepared to herald playwright-turned-filmmaker Neil LaBute as an important new cinematic talent. The film was caustic, challenging and bleakly funny. Accusations that the art itself was misogynistic struck me as off-base, a misplaced assignment of blame. There was a clear fascination with the cruel calculations people—mostly men—took in asserting their dominance over the world. LaBute wrote about reprehensible people doing ugly things because the planet is covered with reprehensible people doing ugly things. If he wrote from the most poisonous part of his id, he didn’t absolve the misdeeds depicted. This is what made the film fascinating. This is what made it art. Troubling art, to be sure, but art nonetheless.

Though LaBute had a couple respectable follow-ups, before long he seemed utterly adrift as a film creator, trying to expand his range only to prove increasingly inept with each new sub-genre. He probably reached his nadir with the 2006 remake of the British horror cult classic The Wicker Man, which could endlessly shovel the coal into the Nicolas Cage ridiculousness online meme engine all on its own. Still, it took him a couple more critical and commercial duds before LaBute sought the relative safety of returning the sort of lean, character-driven piece that made his name.

In other words, he once again made a film that could easily be a work for the stage. Some Velvet Morning is a pivotal work, then, providing the answer as to whether or not LaBute can regain the vitality of his voice, working from his own screenplay for the first time since Wicker Man. Even that built on someone else’s words. It’s more accurate to note this is LaBute’s first original work since his muddled screen adaptation of his own stage play, The Shape of Things, released 10 years ago. This is no artistic resurrection. It turns out LaBute is still as clumsy and glib with his own stuff as he has been with hand-me-down projects over the course of the past decade.

The film begins as Fred (Stanley Tucci) shows up at the door of a woman called, among other things, Velvet (Alice Eve), bulky suitcases in tow. It emerges that Fred has left his wife, showing up unexpectedly before Velvet, apparently convinced that she will sweep him into her loving arms, despite the small detail that they haven’t seen each other for years. As they move up and down the stairs of Velvet’s brownstone apartment, the particulars of their history are hand out like cards from the world’s most patient blackjack dealer. Velvet was and is involved with Fred’s son, Fred’s earlier dalliance with her pushed into obsessive levels, Velvet is not some innocent waif but a woman who cultivates such relationships for a living. With barbed exchanges, Fred and Velvet bat at each other, pressing in on personal sore points until the question isn’t whether this will explode into something devastatingly cruel, but when.

While the dialogue is often rickety and stagey—perhaps by design given details of the larger plot best left unshared—with a particular predilection for leaden exposition, Tucci and Eve both offer nice performances, with the former especially adept at shifting between needy charm and icy danger. But they’ll ultimately toiling in service of a film that’s shocking hollow, which could charitably be viewed as LaBute’s deconstruction of his own creative reputation and early oeuvre if not for the prevailing sense that the director is plainly enthused by the trickery he employs in a late-film twist. He turns the whole film into a dumb joke, one that’s not much more sophisticated than the dopey pun of the title. Any hopes that Some Velvet Morning might offer a long-awaited return to form for LaBute are decisively dashed. No matter what the genesis of the material, it seems, LaBute may have nothing left to say.