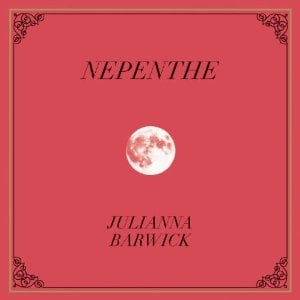 Julianna Barwick’s Nepenthe leaves me feeling like I’ve opened a secret door, the light behind it thick and golden and twining around me. With ethereal loops and choir-strong harmonies and swells and flows that float you through her honeyed haze, Barwick does more than conjure an ambient space from oceans of sound. Her songs engage the interior parts of us too, which helps to explain the very conscious and immediately present intuition that Nepenthe is a spiritual album. Whether or not Barwick intends to touch, the beauty of this collection leaves impressions that are gentle but deep.

Working here with Sigur Rós collaborator Alex Somers, Nepenthe shares a similar complexity as that of the Icelandic band. The tracks were recorded at Sigur Rós’s Sundlaugin, a studio fashioned out of an abandoned swimming pool. It makes sense, then, that Barwick’s songs sound like they’re being heard through an enchanted conch shell. “The Harbinger” is a five minute meditation of an incremental rising and falling, billowing with muffled piano chords and whooshing static. If there’s a tumultuous moment to be had on Nepenthe, the unsettled low-end strings of “Pyrrhic” volunteer to darken the mood. Barwick is patient, “Look Into Your Own Mind” an example of how she values a restraint in unfolding. Wordless compositions – excepting “One Half,” its undecipherable syllables as close as Barwick comes to lyrics – Nepenthe causes us to wonder how so much can be said with nary a word uttered. – Stacey Pavlick 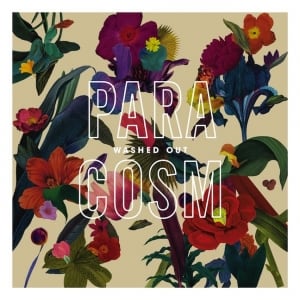 There may be no better name for an album that can be fairly filed in the chillwave sub-genre than Paracosm. First coined in the mid-1970s, the word describes a highly detailed fantasy world that an individual might retreat into, a perfect description for the trippy electronic invitation to put on headphones and block out reality. There may be a hint of irony to the title of the second album released by Ernest Greene under the name Washed Out, though. It has all the earmarks of a chillwave retreat, but it feels intensely engaged with the world. On his way to making the album, Greene fortified his collection of instruments, paying particular attention to the acquisition of vintage keyboards, in a way to keep from getting too boxed in by the endless permutations of a sound he could manipulate with a computer. The resulting songs are more earthy than ethereal, sacrificing none of the beauty Greene established on his first album while added a more controlled sense of form and purpose. Listeners who want to simply get lost in the music will find plenty of appealing avenues in this labyrinth of sound, but there’s a pop song sturdiness to tracks like “It All Feels Right,” “Don’t Give Up” and “All I Know” that strengthen the backbone of the album. The title Paracosm refers to something that’s pure fantasy. Despite the strictures of its supposed genre, the album it’s attached to thankfully pushes its way towards the real. – Dan Seeger 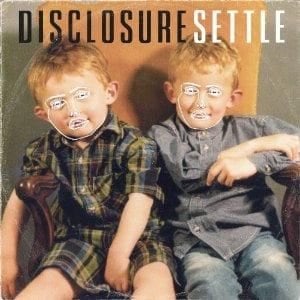 It’s easy enough to call English house duo Disclosure’s rise to pop stardom in their native country meteoric, but the outfit’s short and steep career trajectory seems to be emblematic of the crop of young musicians currently rushing out of obscurity to the top of the British charts. Artists like AlunaGeorge, Jessie Ware, Sam Smith and London Grammar, all of whom make more than memorable appearances on Disclosure’s unbelievable full-length debut, Settle. In a lot of ways, that’s partly what Settle is: a party for England’s new school of pop heavyweights. But the album is more than just an assembly of dynamo vocal features (though it absolutely is that as well). Disclosure is defined by a production dexterity that’s downright acrobatic. And while the duo’s club banger theatrics were established last year on the singular sleeper hit/monster single, “What’s In Your Head,” (still Disclosure’s highest achievement in this writer’s estimation) on Settle, Guy and Howard Lawrence figure out how to harness their considerable talents in service of pure pop greatness. Settle plays like a catalogue of some of the most diabolical dance hooks in recent memory and the brothers cut down to the very bone of each track. – Will Ryan 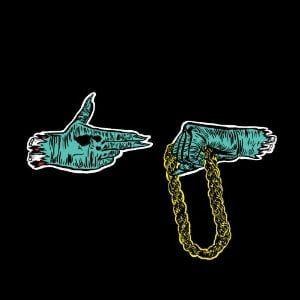 It’s not surprising that Run the Jewels is one of the best albums of the year. What’s surprising is that Run the Jewels even exists. Let’s be real, El-P’s perfectionist approach to music has resulted in him putting out only one album every five years. Last year he put out not only his dope solo album Cancer4Cure but he produced the entirety of Killer Mike’s excellent R.A.P. Music. One calendar year later both are back as duo Run the Jewels via a stellar album whose free download price fit our budgets perfectly. Knocking out back-to-back albums of the year is impressive enough, but throw in surprise guest appearances from Big Boi and Prince Paul and you have a year-round Christmas miracle of a release. Killer Mike is still an ominous bulldozer of an MC, El-P is still a sarcastic human razorblade, and together Run the Jewels offers up a legit best of both worlds scenario. Bleak as their depictions of reality may sound on the record, it’s hard not to envision a reaction to Run the Jewels as one that isn’t total rowdiness. With a follow-up installment already announced and another successful tour together under their belts, it looks like these Jewels have only just begun to Run. – Chaz Kangas 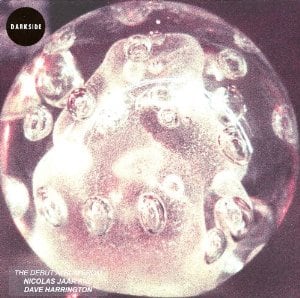 There was no shortage of experimental electronic music this year, but the most heralded of it came from the single mind of a producer or composer. With Brooklyn’s Darkside, the work of Nicolas Jaar and multi-instrumentalist Dave Harrington, there’s a band approach that results in a less synthetic model in favor of something that feels like it’s living and breathing. Their songs’ foundations lie in Harrington’s stark and percussive guitar and keyboard grooves, but those are just a jumping-off point for improvising using a broad sonic palette that is elevated not just by machines, but by collaboration. There’s a linear spectrum of psychedelia that comes to mind as you listen to Darkside lock-in to a beat or trail off into orbit, as if they channel Pink Floyd, Embryonic-era Flaming Lips and modern instrument-based acts like Pretty Lights. Those sounds often come through during the same track, as evidenced during the standout hypnotic opener, “Golden Arrow.” With a “Shine On You Crazy Diamond” intro, almost five minutes pass before a stomping groove drops in and you feel as if you’re aboard a satellite circling the solar system. But Darkside doesn’t ever visit the same place twice. They come across like a more upbeat XX during “Paper Trails” and dip “Metatron” into a vat of psych-soul right after injecting some serious Prince funk into “The Only Shrine I’ve Seen.” But no song better demonstrates their cohesion than “Heart,” which features a tribal beat that’s kidnapped by Harrington’s edge, bluesy guitar and Jaar’s soaring falsetto. It’s music that will make you feel alive, just maybe not on this planet. – Mike Randall