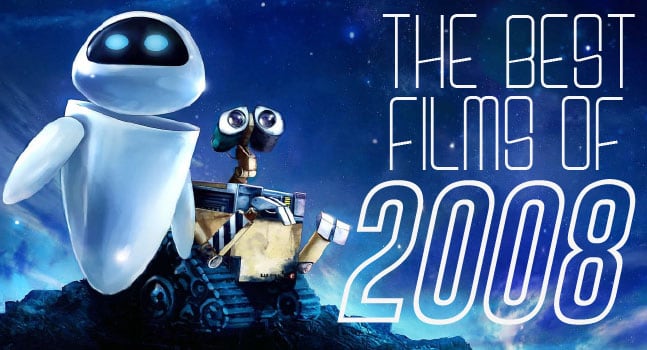 Five years is an eternity in the life of a film. When coming up with this feature, the question the Spectrum Culture staff pondered was this: “How well do these movies play NOW!” Not five years ago, but how have they aged in our memories. While some acclaimed films of ’08 remain strong on our list, some critically-lauded ones didn’t have the staying power. This list is designed to give new perspective on things five years old. Thank you so much for reading! 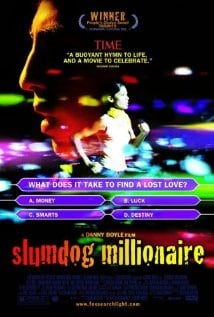 The Best Picture winner almost always comes under fire after the fact, whether due to the film not deserving the hype in hindsight or because a few years makes a big difference in our estimation of a film’s staying power. Slumdog Millionaire has seen its share of criticism since winning eight Academy Awards, but five years on, it’s still an exhilarating experience that stands as one of the best examples of Danny Boyle’s directing style.

On the surface, a story of an orphaned boy hoping to find an old girlfriend of sorts by going on the Indian version of “Who Wants to Be a Millionaire?” sounds like the most atypical Boyle film imaginable, but the finished product turned out to be just as gritty as Trainspotting and just as emotional as Sunshine. In all of his feature films, Boyle thrives on energy, but more than any of his previous films, Slumdog Millionaire showcases Boyle’s kinetic style. Fast-paced editing perfectly complements the rigors of life in the Mumbai slums. Jamal Malik (Dev Patel) faces numerous obstacles, from extreme poverty to exploitation. Its quiz show framing device gives the film an ideal structure to explore formative episodes in Jamal’s life and gives equal importance to pivotal life decisions and trivial answers on “Who Wants to Be a Millionaire?”

Slumdog Millionaire manages to balance the overwhelming bleakness of its subject and a moving story of destiny and love. Boyle expertly juggles invigorating action sequences and moments of true hopefulness. The film’s happy ending certainly outweighs its pessimistic view of life in the slums and does so with a rousing Bollywood dance number, no less. – Katherine Springer 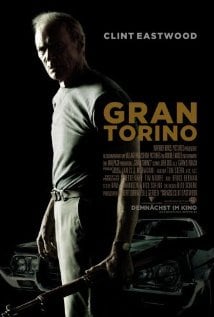 Directed by one of Hollywood’s most prolific and recognizable figures, Gran Torino explores generational racial prejudice, exposing the vivid, sometimes-hard-to-watch violence and language of a small town in Michigan. Clint Eastwood plays Walt, a widower and Korean War veteran who is disgruntled and resentful towards the shifting demographics of his neighborhood. After the Hmong teen next door tries to steal his 1972 Gran Torino to impress a gang, Walt ends up befriending the boy, Thao (Bee Vang), and his sister Sue (Ahney Her). Walt watches conflict unfold within and between racial sects in their community and surprises himself by becoming a friend and protector to Thao and his family.

The niche story in Gran Torino will likely always hold up. The tale of a youth teaching an elder how to grow and change is older than Eastwood himself. Generations to come will watch Gran Torino, relate to it, wade through the unsettling truth it shows and tells and still find new meaning in “love thy neighbor.” The characters and their relationships with one another are genuine, and Gran Torino runs the gamut of raw human emotion—from hate to euphoria—and covers the basics of right and wrong. Despite all the positive reviews Gran Torino received, it did not receive enough awards. — Sarah Paolantonio 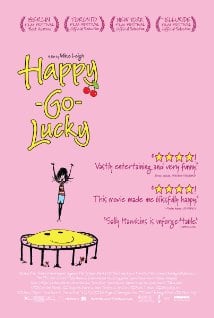 In 2008, almost 40 years into an already brilliant career, Mike Leigh turned in a small movie—starring a relatively unknown actress—that was conspicuously out of place in his oeuvre. It was missing a large degree of the drama—family or otherwise—that he was known for being able to conjure in his realist portrayals of working class British life. Happy-Go-Lucky did have a working class Brit at center stage: Sally Hawkins as Poppy, a grade school teacher who’s as devoted to the fun of making art and teaching writing to small children as she is to dance clubs, trampoline-jumping and engaging homeless men in tentatively enlightening conversations. But far from being the dragged-down-by-life type Leigh has specialized in, Poppy is the almost scarily bright center of joy in the lives of everyone else in the film. At least she tries to be. Her foil is, of all people, her driving instructor, Scott (Eddie Marsan), a misanthrope who uses razor-sharp proficiency in one inconsequential thing—driving skills—as an excuse to write off the rest of the world. Each actor delivers a tour-de-force, playing characters who, perhaps under any other director, would have come off as grating, but under Leigh they become plausible examples of the way the same world can produce two hopelessly different but equally sympathetic human beings. Leigh’s characteristic raw messiness and refusal to make life’s events tidy is no less apparent here than in his usual work, but in Happy-Go-Lucky he seems content to take a breather and let a hugely talented actress carry a small story to a touching end. – Alex Peterson 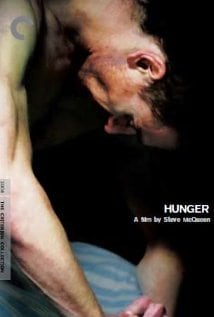 The dual arrival of director Steve McQueen and star Michael Fassbender has been one of the major turning points in the direction of way-above-par, widely-released movies in the past few years. Fassbender has become one of those major stars who doesn’t give up his commitment to real acting, and his two post-Hunger collaborations with McQueen, 2011’s devastating portrayal of sex addiction Shame and 2013’s powerful 12 Years a Slave are surely a sign that another great director-actor pairing has come down the pike. And it began with 2008’s Hunger, in which Fassbender played imprisoned IRA terrorist Bobby Sands, a man who first appears as one of a group of political prisoners doing what they can to survive in a brutal British prison where beatings and fecal-graffiti are the norm. But, according to the film’s microscopically tuned structure, he emerges as the primary character after the astounding, sustained centerpiece: a 17 minute-long, single-shot conversation between Sands and a priest who tries with all of his religious and rational might to convince the inmate that his decision to protest his political imprisonment by going on hunger strike is wrong. Fassbender, by all appearances, put himself through hell to accurately portray Sands’ horrible ordeal (and eventual death) and McQueen, whose style has emerged as a pristine dedication to the minutiae that can haunt people and push them over the edge, neither backs away from the challenge of showing a man’s slow death in grueling detail, nor hits audiences over the head with it. Easily one of the most memorable and affecting films of the past five years. – Alex Peterson 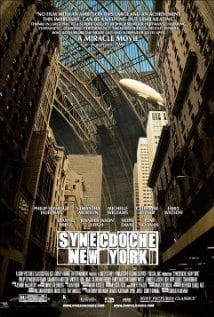 Most films diminish after we’ve watched them, shrinking down to a hazily recalled sequence of images, characters and quotes, bits of aesthetic debris floating in the ether. The truly great ones, however, continue to grow, the impression they leave expanding to monumental proportions. Synecdoche, New York is a movie tailor-made for the latter category, a blooming monstrosity that begins this process of expansion internally, as part of the endless theatrical project that becomes the movie’s science experiment gone wrong, spreading like a cancer across these characters’ lives. Five years after its release, it looms larger than ever. Like some mutated Borges story crossed with a Raúl Ruiz, then passed through Charlie Kaufman’s inimitably acerbic personality, the film is a monstrosity that manages to present a large-scale work of absurdity inflected with deep strains of poignant sadness.

In the past other directors were around to filter Kaufman’s eccentricity, but here it presents itself in full, unfettered form, which makes the film imposing and more than a little grotesque. A supreme act of cinematic neuroticism, it details the gradual collapse of the human vessel via hypochondriac Caden Cotard (Philip Seymour Hoffman), who battles back against the progressive rotting of his body the only way he can, through the construction of an immense nested facsimile of his real life—this devotion to fictional realism distracting him from the horrors of reality. As the stories grow in parallel, as Caden and his friends and family slowly deteriorate, the whole thing grows into an epic of routine tragedy, a specific story of one man’s decay presented on the grandest scale imaginable. Balanced out by the mechanism of this steadily growing world, this man’s small life seems more and more mediocre, even as his creation escapes beyond him, promising to continue growing even after he’s gone, stretching outward until the entire Earth is consumed. – Jesse Cataldo