February 25, 2021
Home Music Stephen Malkmus and the Jicks: Wig Out at Jagbags 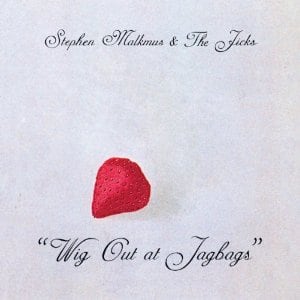 [xrr rating=3.5/5]“Nothing classic is probably going on here, let’s face it,” Stephen Malkmus recently told Rolling Stone. “So just have fun with your time.” Malkmus is known for being pretty lax, but a statement like that doesn’t originate from any kind of laissez faire attitude, rather it seems like a coping mechanism for someone who has long shouldered the burden of an iconic past that can never be duplicated. With his sixth post-Pavement release, the excellently titled Wig Out at Jagbags, Malkmus lets loose in a way that makes it clear he’s accepted that fact as truth. And with such a weight off his back, wherever it came from, he heeds his own advice and plays as if there isn’t the slightest bit of pressure at all.

Much is being made of the fact Malkmus has now released more records on his own than he did with his prior employer. No matter how much time passes, Pavement will always appear near his name in some context, only now Malkmus doesn’t seem to be dodging it or hiding from it. With compact songs that still leave room for jammy exploration, Jagbags lies somewhere at the crossroads of his most recent albums, Mirror Traffic and Real Emotional Trash. But what stands out is the good time Malkmus seems to be having, even claiming influence from his own back catalog as he strings together his most diverse output.

“We grew up listening to the music from the best decade ever,” Malkmus sings without seriousness during the nostalgic “Lariat.” It’s a tune that harkens back to Pavement’s obtuse language, but it’s telling because Jagbags nods to no single time span. Despite the variance, some of the most effective music here is actually some of the more straightforward. In what could be a modern Wilco song, “Houston Hades” starts out charging like the Clash before morphing into a cacophony of dissonance, breaking into a tight soul groove featuring Malkmus nearly crooning throughout. Backed by gliding trombone and gently plucked acoustic guitar, the jazzy lounge vibe of “J Smoov” could easily come from Lambchop, while “Independence Street” rolls off as an unlikely mashup of “Dead Flowers” and Bob Seger. Malkmus’ tone really shines here, as he augments basic chords with beautiful open-string notes and stoner melodic leads, and Mike Clark’s keyboards have really been cemented as a distinguishing aspect of the Jicks’ sound.

Yes, with Jagbags Malkmus occasionally tightens things up, but that’s not to say there aren’t some batshit lyrical and musical moments. Malkmus geeks out during “Scattegories,” weaving in references to an assortment of board games while including a line about “Condoleezza’s rice,” and he also pens what will be the first and last song inspired by a very specific NBA player and his former coach. The latter, titled “Chartjunk,” is an ode to prima donnas almost in the style of Thin Lizzy, with Malkmus singing “I put the ‘I’ in team,” and it could probably just as easily be about Pavement way back when. And once again speaking of those guys, “Rumble at the Rainbow” is reminiscent in parts to “Fight This Generation” both musically and through its snarky content, with Malkmus untruthfully revealing, “No one here has changed and no one ever will.” The true standout here, however, is “Cinnamon and Lesbians,” a tale of being edgy in the eighties. Borrowing a classic riff from the Grateful Dead’s (referenced more than once on Jagbags) “St. Stephen,” Malkmus sounds like he’s never had more of a blast than playing on this one.

It must be stated that Stephen Malkmus has never been a part of a bad record, solo or otherwise. But it can definitely be said that he hasn’t always seemed truly present. For whatever reason he’s made music in the past, it’s almost as if his gift was an obligation he channeled either because he needed to or because it just happened to be there, not because he wanted to. With Wig Out at Jagbags, it sounds as if he’s made music for the first time for himself. Truly on his own terms, with no expectations, in the exact direction he wanted to go. And he takes us to one hell of an enjoyable place.