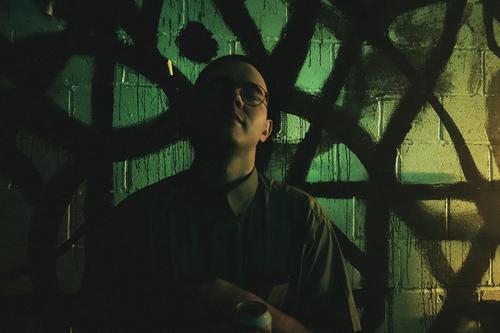 Critical success doesn’t immediately lead to ticket sales and that was readily apparent upon arrival at the Portland debut of the Range. Having won over most critics with his stellar, genre-defying debut LP Nonfiction, Providence-based producer James Hinton (the man behind the Bruce Hornsby-inspired Range moniker) has yet to establish a nationwide following, but based on his performance, that would appear to only be a matter of time. Slated for a late set after over three hours worth of opening DJs, Hinton played to a sparse crowd at the already tiny Holocene. The venue barely holds 300 people, but had enough room for everyone present to dance with complete abandon. Thanks to the beats laid down by Hinton, nearly everybody did.

The local DJs played various sets of uninspired house music, with nothing reminiscent of the subtlety and deft knobsmanship of the man who those present paid the $8 cover charge to see. But Hinton finally emerged behind his deck right on schedule: 11:30 on the nose. When you’ve only got one full-length release to your name, your late-night sets aren’t exactly going to be full of surprises. He unsurprisingly launched into Nonfiction opener “Loftmane,” and the skittering programmed percussion and surging electro-thump got the crowd warming up their joints like recently-oiled tin men even before the “streets like Amen” vocal loop set everything into propulsion.

Hinton didn’t go the typical DJ route and meld the more discernible tracks from his studio work into broader mixes full of samples out of left field. Each song from his LP was crisp and vibrant here, with little fluff or improvisation. This may be why the early technical difficulty that he had with his MacBook (he told us it briefly crashed) seemed like a natural break in the action.

The light show visuals that splashed across Hinton and the screen behind him tended toward the locomotive, often shifting from complex scenes of animated planes, trains and automobiles crisscrossing each other to intricate industrial or futuristic machinations. As the set progressed, Holocene’s main dance floor filled a bit more densely and fewer people could sit idly by the overlooking bar area. The rambling YouTube vocal samples on songs like “Jamie” and “FM Myth” spiced up impeccable instrumental production that stayed bass heavy without devolving into dubstep or any of that other lazy, robot-fucking dreck that the kids these days are so into.

Hinton weaved through his full, albeit limited, arsenal from Nonfiction and wrapped up the show a clean 60 minutes after it began. At this stage in his career, concluding a performance doesn’t involve encores or standing ovations. Instead, he briefly thanked the crowd and then simply walked down from behind his equipment and got a pat on the back or two as he made his way to the bar. If you build a product like Nonfiction and put on a vivid performance like Hinton’s Portland debut at Holocene, people will come. But it just might take another release or two and a few more trips around the sun before the Range is a name that gets the attention from the live music-consuming public that it deserves.