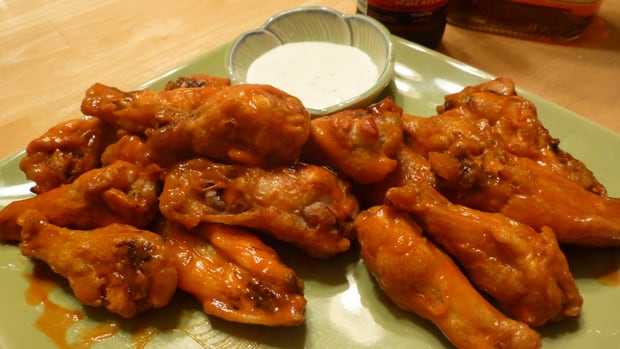 It’s inevitable—if you hang around with football fans, you’re going to hear some wing bragging. Like Crock-Pots of chili and barbecued ribs, these secret recipes and rubs and techniques get talked up all season, especially when the supposed Queso Master isn’t the one hosting. “Yeah, these are good, but wait ‘til you taste MY (testosterone-fueled edible).”

But when was the last time you had truly memorable food at a football party? I mean, it’s usually good and covered with calorie fairy dust like cheese and bacon crumbles and fried breading, and you’re drunk so whatever. More than likely, however, you left without begging for a recipe.

I’m just not okay with serviceable. Especially when there are bragging rights to be done, and my Eagles did nothing to help with pride causes this past week. This football season, I wanted to find the best wing recipe I could, one that someone would remember even after half a dozen beers. One that could win (better than freaking Philadelphia can).

The first handful of recipes tested called for deep-frying the wings, then tossing them in sauce. I have a shamefully small deep fryer that I haven’t used since moving, and my husband and I got in an argument about what we’d do with the waste oil. I said to toss it over the fence into the wash; he was afraid of coyotes. It’s also not the healthiest option, if not for the coyote bites, at least your arteries.

A promising lead was the method used by Alton Brown, whose recipes border on obsessive-compulsive and usually involve a trip to the hardware store to concoct your own pie cooling rack out of a MacGyver shopping list of parts. Fortunately, the one fussy piece of equipment in his wings recipe—a steamer—was part of our favorite rice cooker. The wings are steamed before going in the oven, ensuring crispiness and eliminating soggy, sad chicken skin. Although there are a few steps and some waiting, I have to give Alton his due for a method that makes healthier, less messy wings that you would never, ever guess had been in the oven and not the vegetable oil Jacuzzi.

You could toss these with any sauce, and teriyaki would be delicious. But I’ve included our house Buffalo sauce, because it’s worth bragging about. The combination will serve you well, even if you have to root for the damn Seahawks this coming week.

(Based on Alton Brown’s recipe from “Good Eats”)

Line a baking sheet with parchment paper, and place a raised cookie-cooling rack on top of the sheet.

Steam the wings in a steamer for 10 minutes, then remove and place the wings on the cookie-cooling rack over the baking sheet, not allowing the wings to touch one another. Pat each wing gently dry with a paper towel, then refrigerate for one hour.

Preheat oven to 425 degrees. Bake the wings for 25 minutes, then turn each wing and bake for an additional 30 minutes.

In the meantime, prepare the sauce by melting the butter in a medium saucepan over medium-high heat. Add the peppers and garlic, stirring until slightly softened, 1-2 minutes. Add the Frank’s Red Hot and bring just to a boil, then return heat to low.

Finish wings by pouring 1 cup of sauce into a large mixing bowl, then filling with the wings. Toss to coat, adding additional sauce until the wings are evenly and generously coated. Serve immediately.