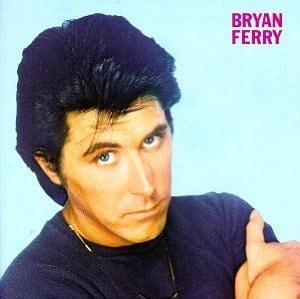 Glam rock was all about reinvention. A former saxophonist turned himself into a bisexual alien rock god. A male model became a hippie pop star, then an electric sex machine. A farmer’s son made himself over as the embodiment of cinematic charisma. But when Bryan Ferry remade himself as two parts Cary Grant, one part human sequin, he revealed himself to be as much a fanboy as a rock star. Where his peers in glitter David Bowie and Marc Bolan weren’t exactly shy about their influences, they never showed the outright homage that Ferry has demonstrated throughout his time with Roxy Music and his solo career. Roxy Music’s self-titled first record included “2HB,” a love song to Humphrey Bogart and the glamour of old Hollywood, and Ferry dressed as stereotypically louche until it actually seemed to become the truth. For the frontman of a legendary band, Ferry has always appeared very invested in showing the world his own heroes.

These Foolish Things, Ferry’s first solo album, was recorded while Roxy Music was still at the peak of their powers. But unlike many solo releases, this wasn’t an excuse to release tracks the rest of the band didn’t want; Ferry’s iron fist over Roxy Music’s doings is well documented. Instead, it’s a full covers album of soul music and 1960s hits topped off with the titular jazz standard. By any measure, it’s an odd collection of tracks. But from beginning to end, the singer pulls it off masterfully, remaking familiar songs in his own hammy way. It’s difficult to even tell whether he’s making fun of himself or the songs are simply that ridiculous. There’s always been an uncertainty as to whether Ferry was playing his whole image straight or not, and that line is never more unclear than on These Foolish Things.

“A Hard Rain’s A-Gonna Fall” opens the album in the least Dylan way possible, a slow fade-in of strings and Ferry’s voice before the great Paul Thompson’s drums kick in and the vamp starts. By the time canned sound effects (including a howling dog and an uncoiling spring) punctuate the verses, this cover is impossible to take as a serious rendition. But at the same time, Ferry has gone on to record an entire album of Dylan covers (2007’s middling Dylanesque), so his love of the singer isn’t in question, at least in retrospect. It’s one of the most original, atypical Dylan covers of its era, and that’s just the first track. Ferry also covers the Beatles (“You Won’t See Me”), the Beach Boys (“Don’t Worry Baby” and the Rolling Stones. With “Sympathy for the Devil,” he approaches his closest to overt self-parody, sounding absurdly vampiric as he intones “After all, it was you and me.” But it never feels exactly like he’s making fun of his choice of songs; instead, it’s more of a giddy run through his favorite tunes, doing them the only way he knows how.

And the backing on These Foolish Things is some of the period’s best. Ferry essentially drafted the rest of Roxy Music into recording his debut under his own name, and while they’re not in the same experimental place as Stranded or For Your Pleasure, they’ve seldom sounded tighter. Phil Manzanera’s climactic guitar freak-out at the end of “Sympathy for the Devil” is vintage guitar god, and Eddie Jobson’s winking keyboards on “I Love How You Love Me” sound brilliantly clear and joyful even 30 years on.

The soul tracks on These Foolish Things are treated far more respectfully than Ferry’s more time-appropriate choices, and it’s worth remembering that the singer began doing soul covers with a band called the Gas Board before glam hit. His voice has rarely come through stronger than on the Four Tops’ “Loving You Is Sweeter than Ever” or more sweetly innocent than on the Miracles’ “The Tracks of My Tears.” It’s the sound of a singer revisiting the music he loves, only this time he gets to be the center, not the audience. More than anything else, These Foolish Things shows that under the glam and the sequins and rakish image, Ferry is just as much of a fan as his listeners.