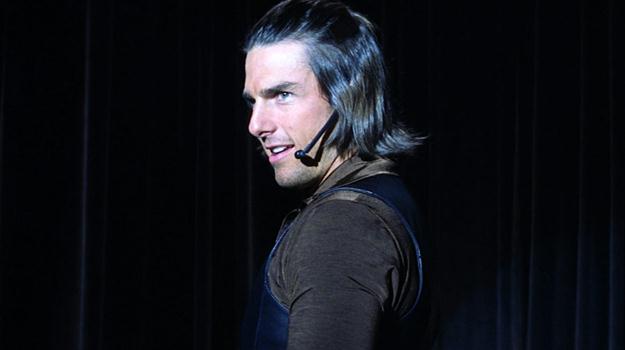 Tom Cruise has never won an Oscar. In a sense, that’s not all that notable. After all, there’s plenty of acclaimed actors who never have received an Academy Award: Leonardo DiCaprio, Gary Oldman, Alan Rickman. The late great Peter O’Toole was given an Academy Honorary Award under protest, but even he never won the generally accepted highest achievement a film actor can receive. But there’s a difference between all those names and Cruise, in that no matter how many movies like The Quick and the Dead, Harry Potter and the Prisoner of Azkaban and Galaxy Quest they make, they are Actors, while Cruise is a Movie Star. That’s not even considering that King Ralph is in the mix there. No matter how many excellent performances Cruise delivers, he is indelibly stuck in the public mind as the secretly short guy who always runs in action movies.

And that’s a pity, because Cruise is actually one of the foremost character actors of his generation. When he graduated to marquee status in 1986 with Top Gun, he cemented his image as the preeminent cocky action star. Days of Thunder and Mission: Impossible permanently lodged him in the role of generic superstar over the 1990s. But for every Mission Impossible 5: This Time It’s Possible he makes, Cruise makes interesting idiosyncratic choices that one of the biggest box office draws of the last 30 years doesn’t really have to do. Think about his great peer/rival, Will Smith, who has been open about his mathematical formula for only accepting roles with the largest probability of smash success. Even decades into stardom, Cruise chooses offbeat roles in strange films, yet remains ensconced in public perception as the crazy Scientologist who always plays the same guy. 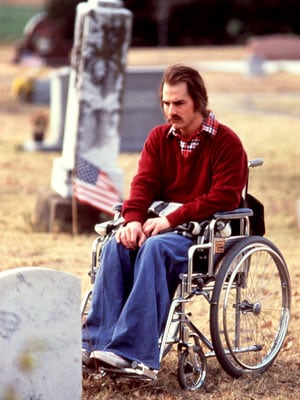 Try this experiment: ask a friend or lifemate or terrified stranger “how many movies has Tom Cruise been good in?” I bet you 100 Kamalbucks* that they’ll say something like “Eh, he just runs from stuff really fast.” But then someone will mention Magnolia. Then someone will bring up Born on the Fourth of July. Some nerd might even talk about his going against type as a powerless, diminutive cuckold in Eyes Wide Shut. When you really look over Cruise’s filmography over the years, it becomes swiftly apparent that he has been in a slew of amazing movies over the years. Moreover, he’s been specifically selected by some of the most influential directors of modern cinema to star in their films from Francis Ford Coppola (The Outsiders) to Brian De Palma (Mission Impossible) to Martin Scorsese (The Color of Money) to Steven Spielberg (Minority Report). If there’s a major director working, chances are that they’ve cast Cruise in a film, and often not for his box office appeal. In probably his finest role, Cruise was merely part of an ensemble for Paul Thomas Anderson in Magnolia and he actually played the antagonist of a film in Michael Mann’s Collateral, a practically unheard of choice for a major Hollywood star.

For one of the most recognizable (and bankable) stars in the world for the majority of his career, Cruise has spent years choosing roles that deliberately shy away from his public persona. He frequently chooses roles that emasculate him (Magnolia, Eyes Wide Shut) or make his widely marketed mug unrecognizable (Vanilla Sky, Tropic Thunder). He even managed to be ahead of the curve in playing a sensitive vampire in Interview with the Vampire. More so than any other major film star working, Cruise consistently seems to really be trying to grow as an actor, taking parts of the years that aren’t part of a master plan to grow his brand. While it’s hard to look past his couch jumping and glib interviews, he’s an actor that manages the feat of disappearing into characters, despite being instantly recognizable. We just can’t manage to look past his stardom.

*Kamalbucks not redeemable for cash