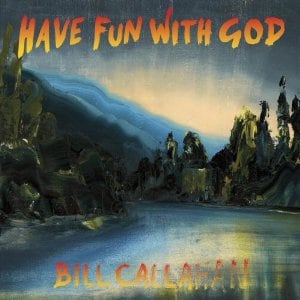 [xrr rating=2.75/5]Admittedly, the audience for Bill Callahan’s Have Fun with God is, by definition, quite limited. Callahan’s latest LP Dream River, released last year, was a mini-masterpiece, a minimalistic meditation on love, lust, loss and mortality. Have Fun with God is a “dub” remix of Dream River in its entirety. Callahan and mixer Brian Beattie have fun with the source material, playing with reverb, levels and other effects in the tradition of 1970s and ‘80s Jamaican dub. The result is a disc that may impress aficionados of its source record, but it’s likely to leave everyone else shrugging. There’s no reason to listen to Have Fun with God until you’ve fully immersed yourself in Dream River.

At its best, Have Fun with God isolates and accents words, phrases or sounds that play a minor role on Dream River. The melodic, serene bass line on “The Sing” is more prominent in the mix on “Thank Dub.” The fairytale flute of “Javelin Unlanding” is more psychedelic in the hands of Beattie’s layers of reverberation on “Expanding Dub.” When Callahan sings, “The wind is pushing the clouds along” on “Call It Dub,” the reimagining of “Spring,” his voice is more jaggedly processed, suggesting the whirlwinds of nature.

Callahan’s voice sounds like it’s coming through a tinny radio sometimes on “Ride My Dub,” the remix of “Ride My Arrow.” The middle section of “Summer Painter” sounds even more compressed and chaotic on “Summer Dub.” Ironically, “Transforming Dub” may be the least transformative of all the tracks, lending only subtle sonic changes to “Seagull.” Everything on “High in the Mid-40’s Dub” sounds flat, as if the soulful energy of “Winter Road” has been smashed down until nothing is left.

Callahan and Beattie have tackled the challenge of creating a dub remix of already minimalist material with aplomb even though the results are inconsistent. Dream River’s sonic pleasures are highlighted on Have Fun with God, yet the remix is merely calling attention to sounds that are already present on the original record.

Dream River’s sonic texture is minimal enough that the listener doesn’t need a dub recording as a reminder of how warm the flutes are, how mellow the percussion, how resonant the guitars or how whiskey-soaked the vocals. Despite the fact that Have Fun with God is unnecessary, taking the recording too seriously misses the point of what Callahan is trying to do. The veteran artist is trying to “have fun” with an already divinely constructed piece of art. There’s no need to deny him his playfulness.