After two well-received records, the Ridgewood, New Jersey-based indie rock outfit Real Estate has found a sonic formula that works: jangly guitars, gentle, yet propulsive drums and ethereal, beach-combing vocals. Their latest single “Talking Backwards” may be merely a pleasant reiteration of that formula, but it has the soulful catchiness of a great pop song. This bodes well for the band’s forthcoming LP Atlas, suggesting that the group has yet to run out of things to say.

The production is tighter, the sound crisper, the result a little less interesting on Dum Dum Girls recently released third album Too True. Opening track “Cult of Love” stays infectious, though, and at least kicks off the record with a dusky haze as frontwoman Dee Dee ominously sings, “You know all my secrets, you know all my lies/ I know all your anger, I know all your alibis.” But it’s a rattling surf rock guitar hook that cuts deepest.

“In My Dreams We’re Almost Touching” is best heard in the context of Ricky Eat Acid’s gorgeous new record, Three Love Songs. The seven tracks that precede it are ephemeral, gasps of fog punctuated by plinking piano loops, so when this infectious beat- and sample-driven track emerges, it’s with a jolt that not only rattles the listener, but the album itself, which traffics in more traditional melodies from here on. Still, on its own the song is impossible to ignore, an escalating party anthem destined to revive any number of ailing house parties. 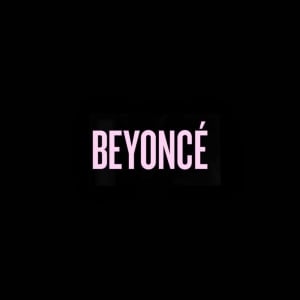 Nuclear Blast has a number of great retro metal bands on the roster, and Orchid is proving to be one of the most fun. The upcoming Zodiac Sessions will feature some of the band’s early material, and it kicks off with the gloriously thunderous “Eyes Behind the Wall.” Orchid struts and snarls a whole lot like those ’70s gods of metal.

6. iamamiwhoami- “Fountain” (To whom it may concern)

While the mystery of the dubiously-named musician iamamiwhoami’s identity (Swedish singer-songwriter Jonna Lee) is no longer a reason to rabidly consume her abstract music videos looking for clues, she nonetheless continues to release mind-bending tracks with unifying themes and recurring imagery (previously, black cats, mandrakes and tinfoil). With “Fountain,” iamamiwhoami unveils her most accessible song to date characterized by waterfall synths and her signature haunting lyrics. Addressed “To whom it may concern,” the track marks the beginning of a new project whose overarching theme is as of yet undetermined, although there is a hefty amount of water imagery and transparent plastic raincoats.

Recently expanding to a dedicated trio, Tycho’s former ambient beats have developed new levels of enchantment. Now aided by guitarist Zac Brown and drummer Rory O’Connor, “Montana” is the second single from the outfit’s forthcoming Awake LP. At five and a half minutes, it’s an exceptional selection to accompany a mid-winter daydream. 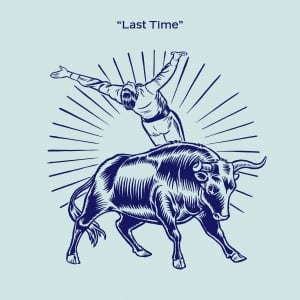 Trapped under glass, the song breathes with tension and gasps of release. Moody synthesizers and repressed emotion hold down the wordless suggestion of relief. Only Morrissey could truly understand, but legions of fans will try.

In the serpentine verses, Hernandez’s husky vocals flit about like the curling of exhaled smoke as a warbling trombone spews humid notes behind her. With its tumbling drums, it starts as a sparse affair, the Detroit singer assuming the role of grimy soulstress or devilish chanteuse in the shadiest speakeasy, while her Deltas come across as the house band of a traveling freakshow. But when the chorus hits and takes an unexpected turn toward the grandiose and bombastic, the demonic content of the lyrics belies the apotheosis that is achieved.

Oh, the Super Bowl. Along with football and commercials, there’s a annual hullabaloo with the halftime show. Thankfully, comedian Jon Daly just handled the hard part for the Peppers by releasing a fake new Red Hot Chili Peppers song “Abracadabralifornia.” Whether you love the Peppers or hate the Peppers, this song pretty much gives you all of the Peppers.