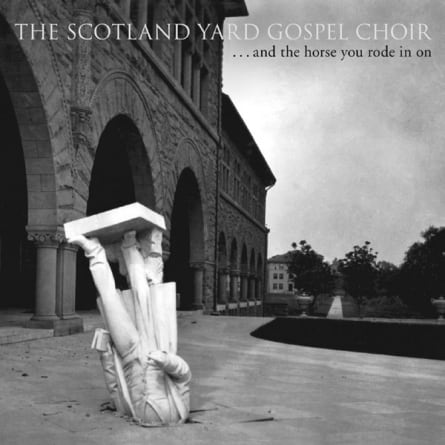 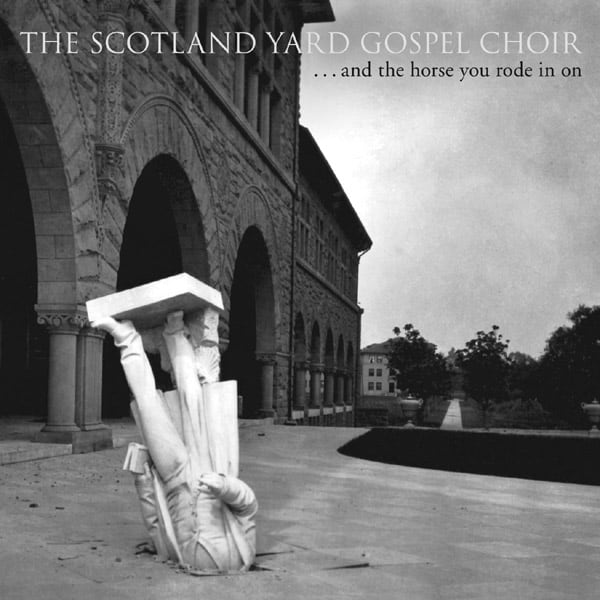 Is there a nastier opening line than “I hope that you catch syphilis and die alone?” Those are Elia Einhorn’s first words on the Scotland Yard Gospel Choir’s underappreciated and utterly contemptuous 2009 album, …and the horse you rode in on. To call it a mere breakup album is insufficient; sordid scenarios of “him on top then you on top,” murder fantasies of tossing someone in front of a moving train and the aforementioned STD death wish are rampant…and that’s just in one song. Parts of the album make even John Darnielle’s beloved ode to marital dysfunction and dissolution, Tallahassee, seem polite by comparison.

Contemporary reviews of the album tended to complain that the narrator was a spiteful, vindictive prick, but that’s exactly the point. In battles of love and war, rational thought is usually the first casualty. Einhorn’s narrator is pissed; he’s been betrayed. Here he is, a sensitive, highfalutin poet type, and, adding insult to injury, he acknowledges in “Libertyville or Somewhere” that his former lover cheated on him with an old working class commoner. Driven by this affront, the album is littered with accusations too numerous to count and a staggering level of boorish, misogynistic behavior. The narrator drunkenly sleazes his way through “One Night Stand,” appears to callously downplay a woman’s failed suicide attempt in the caustic “Hope Is Still on Your Side” and comes across as a slimy creep in “I Pretend She’s You,” where he, perhaps a bit too eagerly, admits that “when I’m in bed with her/ I usually pretend she’s you.” For good measure, he finds joy in envisioning the woman and/or her new flame meeting their ultimate demise in a violent car crash.

This mean streak is coupled with a grotesque amount of self-pity; at no point does the narrator even consider copping to some of the blame in his train wreck of a failed relationship. Instead, he moans how “she kicked the shit out of my heart/ stomped it to the point that the beating stopped/ turned and walked away” and generally wallows in self-misery. Sure, his life’s messed up and he might be drinking too much, and he might even be an emotional basket case fit for hardcore pharmaceuticals, but it’s from nothing he caused. As a result, horse’s few genuine moments of empathy are striking and unexpected, particularly in the sympathetic portrayals of the lonely elderly woman in “Castles of Wales” and the isolated young girl in the elegantly gorgeous “Ogilvie Station.” They do just enough to show the narrator’s sense of humanity hasn’t gone to total rot.

But mostly Einhorn’s jilted male figure remains a cold bastard and if the album has any kind of overarching ethos, it’s easily found in the barbed words of the deceptively gentle acoustic closing track, “Well I Wouldn’t”: “Now when I catch wind of your successes I wish I were dead/ But when I hear of your hardships I smile/ And think it was all worthwhile.” The album’s instrumentation is almost always dead-on and contributes to horse’s overall tone – especially the interplay of strings and horns that punctuate the album and immediately bring to mind Belle & Sebastian, or the spastic outburst of the title track and “Tear Down the Opera House” – but it’s the lyrics that linger long after that last hateful shot’s been fired. Not much has been heard from the Scotland Yard Gospel Choir since their 2009 automobile accident derailed their tour and apparently their career. Still, if the band’s days are done, there’s something to be said for going out not with a bang or a whimper, but with an accusatory finger and a massive bucketful of bile.