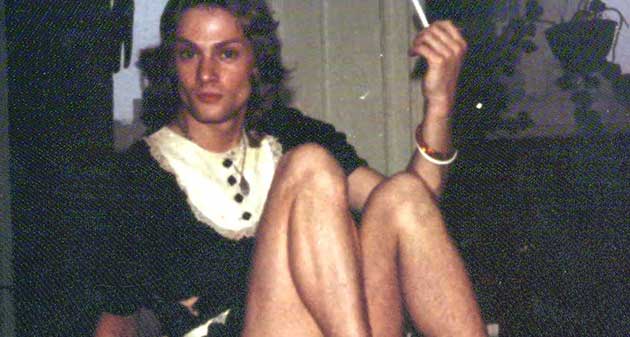 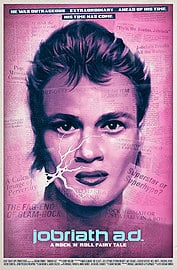 Unless you frequented New York’s cabaret scene in the early 1980s, you’ve probably never heard of Cole Berlin. A new documentary features a clip of the dashing lounge singer performing the fabulous original number “Sunday Brunch” in his triplex apartment on the rooftop of the Hotel Chelsea. Berlin, whose stage name pays explicit homage to his musical ancestors, had the chops and magnetic charm to pull off the act. A few years after this footage was shot, he was dead of AIDS. This sophisticated persona was the final act for a performer who reinvented himself several times over the course of his brief career. Kieran Turner’s documentary focuses on the most famous of these creations, the 1970s glam rocker Jobriath, but this was just the most sensational of the costume changes in a brief and tragic career that never took off.

Born Bruce Campbell, Jobriath Salisbury was a classically trained pianist who got his first break in the original Los Angeles production of Hair. He left that stage success for the forgotten California rock group Pidgeon, and like the catastrophic failure that followed, restlessness came from the urge to find his own voice. Jobriath wrote his own material, with song structures and lyrics that were perhaps too unusual to succeed. But he was clearly talented, and in 1973, rock impresario Jerry Brandt, who had discovered Carly Simon and would later help engineer Tina Turner’s 1980s comeback, heard dollar signs in Jobriath’s demo. To promote his debut album on Elektra, Brandt put Jobriath on a Times Square billboard and hundreds of New York buses. So why haven’t you heard of him?

Jobriath A.D. is the latest documentary in the sub-genre of lost and forgotten musicians, and like recent films about Ginger Baker and Rodriguez, it uses animation to tell its story. The film opens with a dramatization of Jobriath’s death at the Chelsea Hotel, one of several animated sequences designed by different artists. But Jobriath had so many angles of his own that the animation, while not overdone, wasn’t necessary to tell the story. A final animated sequence offers a vision of an extravagant Paris Opera House concert that was probably better left the viewer’s imagination. Jobriath dreamed of great spectacles, but even the relatively modest persona like Cole Berlin had a winning showmanship.

Documentaries about the musical past can lean too heavily on testimonials from present-day musicians, but the director strikes a good balance, despite narration by the omnipresent Henry Rollins. Can music documentary producers please just stop calling Rollins and Bono? Turner spends more time with Jobriath’s friends and family, the latter of which provide a heartbreaking sidebar. The film’s most charismatic survivor is also be the film’s villain. Jerry Brandt comes off like Al Pacino playing Roy Cohn, tearfully praising Jobriath even though Brandt’s aggressive hype machine may have been the star’s undoing. Brandt let press think that the little-known rock star had received a half million dollar advance, while Jobriath in fact only received a respectable fifty thousand. The assumed cash flow and incessant advertising were just two strikes against him, and the backlash from rock press and audiences was strong. Another strike was his unapologetic gayness. Jobriath was the first openly gay rock star. It doesn’t seem like a big deal today, but it wasn’t what rock audiences were looking for in 1973; it wasn’t even what gay-music fans were looking for in 1973. The anthemic “I’maman” offers a radical vision of manhood, and a vision of gayness that the gay community at the time did not embrace: “Clara Bows and open toes/Are what I am.” Forty years later, that lyric sounds like it could have come from Morrissey, or Stephin Merritt, both of whom are fans of Jobriath.

Jobriath’s music isn’t for everybody. Detractors dismiss him as second-rate Bowie, though that doesn’t capture his theatrically over-the-top Mick Jagger vocal stylings. But whether or not the music speaks to you, Jobriath isn’t your typical forgotten rock star.