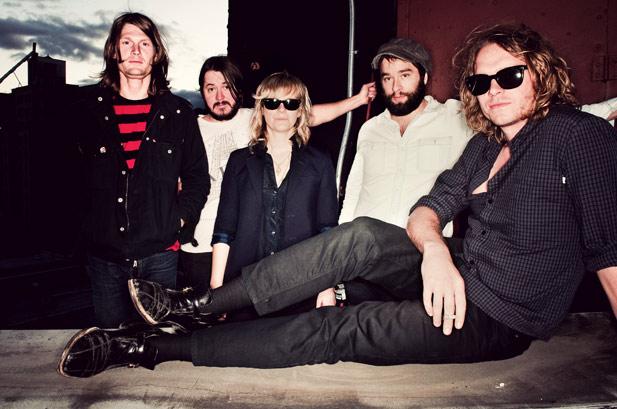 Like so many artists before him, Roky Erickson is equal parts talented and tormented. As a founding member of 13th Floor Elevators, he helped pioneer the Stateside psychedelic rock movement during the 1960s. Haunted by severe depression and paranoid schizophrenia, Erickson spent little time in the limelight before being locked away in a Texas insane asylum. A stay that helped give rise to his infamous 1981 The Evil One LP, which was subsequently re-released last year.

It’s easy to champion a legend upon his return, but the live show Saturday night was almost painful to watch. Be it cult 13th Floor Elevator hits (“Tried to Hide,” “Kingdom of Heaven,” “Roller Coaster” and “Reverberation”) or his own solo works (“Cold Night for Alligators” and “Two Headed Dog”) Erickson was noticeably lost. He would seemingly lose interest or focus half-way through a riff or simply allow his back-up vocalist to excite the audience with Erickson’s trademarked nightmare-inducing lyricism. When ending the set, Erickson even had to be instructed by his bassist to say farewell to the audience. But still, the applause would come – thankful that Erickson was still standing on his own two feet and able to share these soul-searching ballads. On a more cynical note, if Erickson would have had this type of supportive team two decades ago, he most likely wouldn’t have to still be performing into order to keep from living on the streets.

Austin’s the Black Angels had no such issue staying engaged with the sold-out Beachland Ballroom. Fronted by the beautifully-bearded Alex Maas, the set’s 18 songs pierced the audience with a crispness as intense as Cleveland’s mid-winter’s air despite the abundance of pedal driven guitars and vocal distortion. In comparison, Erickson was battling nasty feedback during many portions of his set.

While the set was as clean as a studio recording, it was comprised of singles pulled from six different releases, the group’s 2005 self-titled effort to 2013’s highly-touted Indigo Meadow. The performance commenced with the disorienting march of 2008’s “Mission District” then soaked the room in newer shoegazing psychedelia with “Evil Things,” “Entrance Song,” “Don’t Play With Guns,” “Indigo Meadow” and “Always Maybe” (four of which can be found on their new LP). The latter portion of the set delved into their older catalog, reintroducing the crowd to the raw schizophrenic rock of 2005’s “Black Grease” and haunting choruses of “Young Men Dead” first released in 2008.

Before sending the audience back into the brisk evening, the Black Angels worked through an awe-inspiring three-track encore that included new track “Motorcade” and the lengthy psychedelic endeavor dubbed “Snake in the Grass”. At 16-minutes long, the song feels like it could go on for an eternity in the live setting, an eternity that masochistic Clevelanders would happily pay top dollar for.