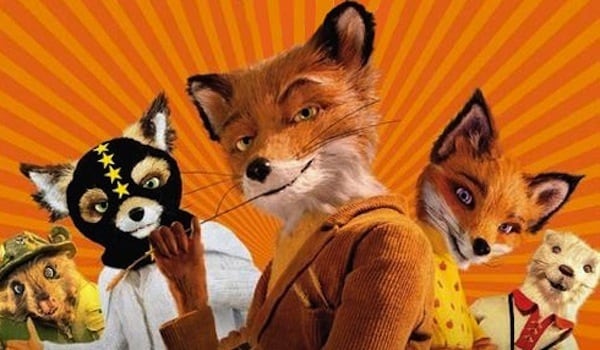 I saw a still from The Grand Budapest Hotel a few months ago, unaware that Wes Anderson would soon be releasing another film. However, just by looking at one photo I could tell that the film sprang from the same man who directed Rushmore and The Royal Tenenbaums. After nearly 20 years and seven films, Anderson has created a style and milieu entirely his own. And with The Grand Budapest Hotel on the horizon, the folks at the Criterion Collection picked a fine time to release a lavish version of Fantastic Mr. Fox, one of Anderson’s best films. With this special edition, Mr. Fox joins all of the director’s other films (with the exception of Moonrise Kingdom) in the Criterion DVD-verse, taking its place with a company that values details and impeccable presentation as much as Anderson does himself.

In his adaptation of Roald Dahl’s 1970 book, Fantastic Mr. Fox, Anderson imbues an animated film with all the tics and peculiarities that have filled his previous works. Dysfunctional family dynamics? Yep. Classic rock songs? Check. A bittersweet mélange of sadness and comedy. You got it. Fans of the director’s past work will see Mr. Fox as a continuation on the themes that haunt his other films such as Rushmore and The Royal Tenenbaums, except this film is animated and features talking animals. 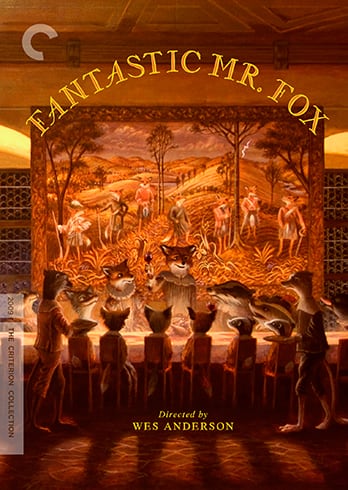 Mr. Fox (George Clooney) has promised wife Mrs. Fox (Meryl Streep) he would give up robbing chicken houses and has settled into a life as newspaperman. But Mr. Fox is not content with this existence, especially as he recognizes the end of his life may be looming. Echoing Fox’s discontent is son Ash (Jason Schwartzman), a teenage outcast who takes to wearing a cape and his pants tucked into his socks. Like his father, Ash is not content with his lot in life and aches for a change. But things will get worse for the Fox family before they get better as Fox decides to return to poaching and Ash is visited by his much more talented, yet sweet cousin who unconsciously makes Ash look even more useless in front of his family and peers.

While Anderson’s shtick grew tiresome in prior film The Darjeeling Limited, Fantastic Mr. Fox is a refreshing entry in the director’s oeuvre which doesn’t change too much of the formula, yet feels more alive than anything in the dreary Darjeeling. Perhaps it is the change of medium and the quirky possibilities it brings to Anderson’s vision as the film’s beautiful stop motion animation is both awkward and remarkably filled with exquisite detail. And it is this eye for detail that makes the world of Mr. Fox so appealing.

Though it is a joy to also meet the film’s peripheral characters like the opossum Kylie (Wallace Wolodarsky), Anderson maybe crams too many creatures, quirks and neuroses in too short a running time. At least one character, an evil rat (Willem Dafoe) aches for a backstory but is reduced to a stylized, one-note appearance. Also, the dysfunctional Fox family does not feel too dissimilar to the Tenenbaums, Fischers or Zissous, a rut Anderson really needs to break out of. Finally, the montages to the Beach Boys do not work as well in this fantasy world as the music of Bowie, the Stones and the Kinks did in prior films.

Yet, Fantastic Mr. Fox is one of the most distinctive, entertaining and flat-out fun movies I’ve seen in a long time, a great piece of holiday family filmmaking that doesn’t insult the intelligence. Without the baggage of previous Anderson films, Fantastic Mr. Fox would be a light-hearted look at a family that, like most of us existentialists, just has too much time on its hands. .

May not bring anything new to the table, but it is an effective entry into the canon of si…