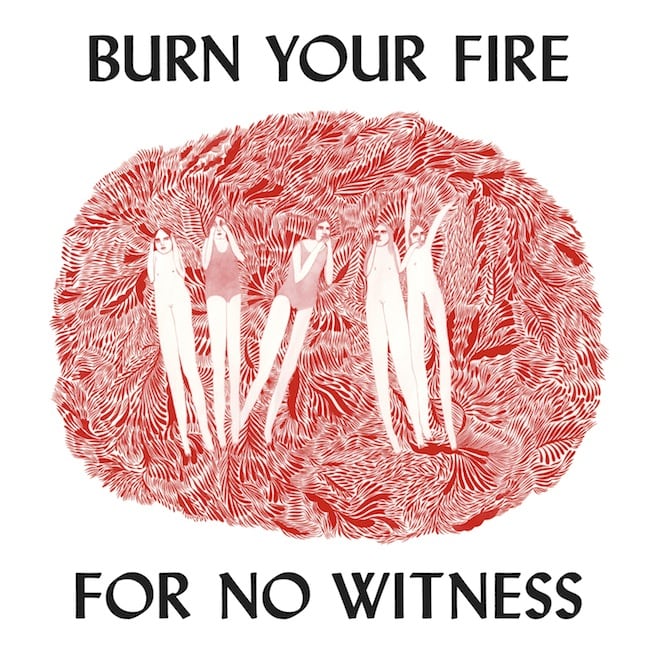 [xrr rating=4.0/5]Angel Olsen has been steadily building buzz since the release of her EP Strange Cacti in -2011. Characterized early as yet another songstress with a guitar, Olsen has proven herself to be a uniquely talented artist whose strongest attribute is her voice. Her career has so far been a process of honing her songwriting to match the emotional depths of her vocals, part homage to early country singers’ yodel and completely raw. While Burn Your Fire for No Witness marks Olsen’s first album with a full band (and second LP overall), it maintains her trademark loneliness. Throughout the record, the themes are familiar ones: loss, regret and defiance.

Immediately evident on Burn Your Fire for No Witness is the near ubiquity of reverb reminiscent of Strange Cacti, extreme distortion and an overall lo-fi sensibility. A far cry from debut full-length Half Way Home, this near-grunge aesthetic used on several tracks only enhances the defiance integral to the album. Burn Your Fire for No Witness not only shows a more mature Olsen but one who is intent on writing brutally personal songs. And front and center every time is her vulnerable and stark vocals full of inherent honesty that makes every tale of loss and regret resonate.

That tortured emotion opens the album in the strikingly named “Unfucktheworld.” Olsen doesn’t hold back on the bitterness, with lyrics like, “If all the trouble in my heart would only mend / I lost my dream, I lost my reason all again.” The takeaway from this opener is utter devastation, giving us a jumping-off point by which to gauge the development of Olsen over 11 tracks. “Iota”—a song very literally made of “if onlys”—similarly allows her vocals and measured lyrics to unfold their deep-seated regret. And there’s little else to focus on in these two songs thanks to her stripped down arrangement: bitter vocals and simple guitar downstrokes. Saying her guitar playing can be simple is an enormous understatement, but that disregards how emotionally powerful her music becomes because of that simplicity.

What stands out most on Burn Your Fire for No Witness is Olsen’s extensive use of distortion, most prominent on “Dance Slow Decades,” “Stars” and “Hi-Five,” the last of which sees the singer begin to put a positive spin on her melancholy. “Hi-Five” is immediately more upbeat and intricate in its percussion and fuzzed guitar. Olsen’s lyrics initially emphasize her loneliness but give way to an irreverently euphoric chorus: “Are you lonely, too? / Hi-Five! So am I!” Not only is this track an attempt to overcome the sorrow but it also introduces a solidarity in loneliness. And that positivity carries into “Stars” where she wishes she could take her overactive emotions and use them to scream the world into something new and, ideally, better.

The strongest tracks on the album are “Forgiven/Forgotten” and “White Fire.” “Forgiven/Forgotten” was the first single off the album and serves as a wonderful introduction to this amped up sound. The longest track by far is “White Fire,” a truly arresting incantation. Simplicity defined, Olsen’s hushed vocals navigate haunting, tragic lyrics over an understated yet foreboding guitar.

Evidenced throughout the album is her uncanny ability to alter tone and style. Songs make clear reference to genres from country to punk. In “High & Wild” there’s even a little ‘60s influence in the peppy guitar and jazzy keyboards. But it’s “Lights Out” that encompasses the myriad emotions on this record. A musical pep-talk, Olsen reaches a moment of true maturity, admitting and accepting that “no one’s gonna be there” every time.

The emotional journey Olsen takes on Burn Your Fire for No Witness is akin to the five stages of grief, from anger on “Unfucktheworld” to acceptance on “Lights Out.” The pure devastation that opens the album mercifully reaches a measure of closure. With the addition of producer John Congleton (St. Vincent), Olsen’s music takes on a new mutability. Her songs vary from hypnotic simplicity to roiling anger, and that diversity doesn’t accentuate weaknesses but only illustrates her development as an artist.