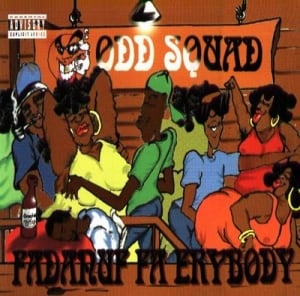 Houston, Texas’ Rap-A-Lot Records is uniquely both highly respected and vastly underrated in the grand scheme of hip-hop history. Mostly known for being the independent outfit that largely introduced southern hip-hop as a force in the national market, aided in particularly by flagship artists the Geto Boys and their monster hit “Mind Playin’ Tricks On Me,” its reputation for over 25 years has been one of a dedicated and consistent true independent. But while it’s revered in a historical sense, you seldom hear of the label’s ’90-’94 heyday as one of the strongest five year stretches of any rap label in history. With output rivaling both Def Jam and Death Row’s best years, this oversight could perhaps be due to Rap-A-Lot never trying to become too big for its britches and, instead, targeting directly to the market that’s allowed it to sustain such a successful business. And while many cite Geto Boys member Scarface as putting out the finest releases in the label’s catalog, Scarface himself has said several times that the Rap-A-Lot album he finds to be the greatest of them all is Odd Squad’s Fadanuf Fa Erybody!!.

Odd Squad, a trio consisting of rappers Jugg Mugg, chronic-loving crooner Devin the Dude and the actually blind Rob Quest, were three youngsters from Houston at the height of the label’s output that was brimming with young talent. You can hear the sheer volume of Rap-A-Lot talent on Fadanuf Fa Erybody!!’s seven-minute posse cut “Came Na Gedown.” But while their contemporaries were making some excellent music, Fadanuf Fa Erybody!! was just a cut above. From the melodies to the funky production to the self-deprecating sense of humor, there really wasn’t anything like it at the time or for many years to come. With the record recently turning 20, revisiting it now shows not only how kind time has been to the record, but the sheer quality of the release should designate some sort of classic status.

What makes Fadanuf Fa Erybody!!, like all great rap albums, so strong are the Odd Squad’s self-confidence as characters. Even when lamenting “fucking over your fa’sho pussy trying to get some mo’ pussy” and ending up with “no pussy” on “Fa Sho’,” there’s a boldness in both their conviction and their vulnerability that elevates the track from being taken as a novelty song to a legit depiction of the remorse following infidelity. The comedic elements of laughing as a coping mechanism echo throughout Fadanuf Fa Erybody!!, and delivers the incredible one-two punch of not only putting the hardship of life unflinchingly on display, but the expert timing to communicate these messages and ordeals in a manner palatable for all listeners.

This tremendous strength is especially evident on Rob Quest’s solo track “I Can’t See It.” The greatest rap song about blindness ever written, Quest walks the line between auto-biographical and slice-of-life allowing for the type of truly unique perspective that makes rap such a wonderfully unpredictable genre. This organic unpredictability is also what makes so many of the skits and interludes work. Some songs are under a minute long and make their point and get out, elsewhere the avant-garde sound collages in-between the chilled out songs about laid back indulgences show that, while the surface level can be appreciated as just an excellent cool-out record, musically there’s a lot going on beneath the surface.

Yes, there’s also the fact that the bulk of this album is about, acknowledging or tangentially related to weed. Even as someone who’s never been much into “the marijuana-pot,” the references never bothered me as its mentions here are neither an attempt at pandering nor a crutch. It’s just a part of the artists’ lives, and when it affects their moods or pops up in their narratives just shows its presence on the record as something of a touchstone unifying factor. Member Devin the Dude would go on to become something of a cult legend in hip-hop, singing and rapping some of the finest verses ever committed to wax about weed and girls, and while this was the only Odd Squad project album for many years, the members reunited over a decade later as part of the Coughee Boyz project. After bring out-of-print for many years and fetching as much as $300 on eBay, Fadanuf Fa Erybody!! was re-released in 2007 and continues to delight dedicated rap fans to this day. With both the 20th anniversary and a recent written piece by J-Zone giving it some much deserved attention as of late, it’s a worthy listen for everyone with even a remote interest in the genre.