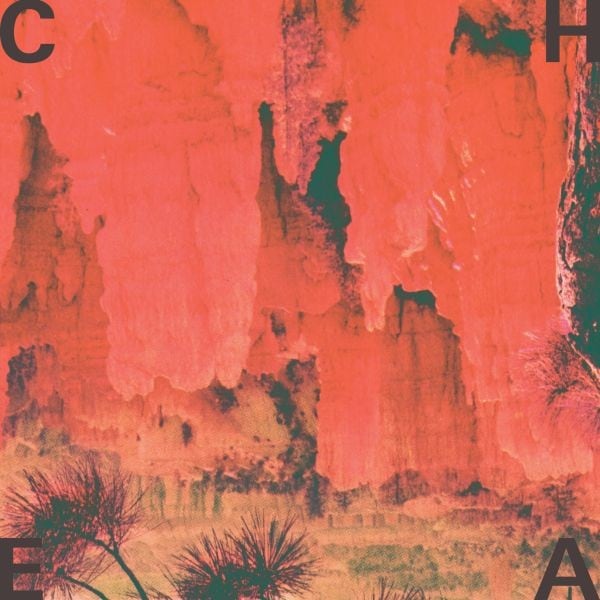 [xrr rating=2.75/5]I may be a little out of touch – does ProTools have simple push-button production filters for classic sounds of the past? Instagram has settings for 1970s snapshots (1977) and washed out Polaroids (Earlybird), so it’s not that far-fetched to imagine virtual knobs for dialing in “1983 new wave” or “metal power ballad.” If it were that simple, it would explain why Cheatahs have saturated their sound with “late ‘80s British shoegaze,” maybe tempered with a light dusting of ”early ‘90s alt rock.” Their eponymous debut leads off with a brief flirtation with feedback that serves as a prelude to the first real song on the album, “Geographic.” This muffled, low-fi wash of sound liberated from Teenage Fanclub serves as an introduction to what you’ll be listening to for the next 45 minutes. If you’ve ever stepped out for a smoke break while a thrashy wall-of-guitars band is pounding through their set, this is what you’d hear from the sidewalk. It’s thick and compressed, packed with echo and distortion. This is not a bad thing. The parts can all be distinguished and they fit together well. Nathan Hewitt’s voice has a nice mix of rawness and whispery intimacy and it’s not completely buried by the self-absorbed guitars or urgent beat. True to Cheatah’s inspirations, the guitars offer a spectrum of textures: detuned jangle, chiming tones, crunching down-strokes and light howls. I decide that I like them, but the sense of déjà vu keeps me from committing fully.

The song ends a bit suddenly, but the next track, “Northern Exposure,” attempts distraction with a jarring guitar strum that echoes from somewhere deep within a tin-walled warehouse. Soon enough, we’re underway again and this is the moment I distinctly fall out of love with Cheatahs. This piece is completely different – new riffs, a fresh set of chord progressions and a more earnest vocal tone – and yet the song remains the same. Just like everyone’s Instagram photos come to be indistinguishable, the production is so lovingly heavy handed that it pancakes the band’s character into two dimensions. The light variations in tempo and rough sonic color never quite grant the tunes enough zing to stand out. It’s interesting that one of the tracks, “The Swan,” dates back to the band’s SANS EP from late 2012. Packaged here along with the newer material, it demonstrates an aesthetic continuity in how little they’ve evolved.

The band draws particularly heavily on My Bloody Valentine, especially the album Loveless (1991), but they don’t really understand their source. Cheatahs locks onto the thick smear of sound of tracks like “When You Sleep” or “Come In Alone,” but where Loveless was full of Kevin Shields’ idiosyncratic character and perhaps flawed artistic vision, this album meanders from one hazy thicket of muddy fuzz to another. It’s frustrating, because there are plenty of moments that do click: a tsunami of resonating distortion crashes over ringing strings or a dynamic breath of tom-tom inhale and kick drum exhale is accompanied by the labored panting of guitar crunch. But those high points aren’t anchored to pieces that connect. After several times through the album, it’s clear that the songs aren’t bad, they just melt together. Maybe by their sophomore effort Cheatahs will develop some more depth or at least learn how to throw a change-up.