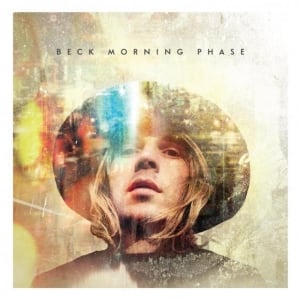 [xrr rating=2.75/5]If 2012’s sheet music “album” Song Reader was any indication, at this stage in his career Beck can do pretty much anything he wants. Over the past few years, he’s also been scattering standalone singles, some of which were rumored to have been culled from an unfinished project that would’ve been in the vein of his classic, Odelay. He’s even lent his talents to the Lonely Island and appeared alongside Will Ferrell on Conan O’Brien’s “Tonight Show” sendoff. With that in mind, it’s somewhat of a letdown that the prolific alt-rocker’s first proper studio album to drop in six years would be a more upbeat and less interesting revisit of 2002’s Sea Change. Billed as a companion piece to that album, Morning Phase is as sleepy as its title suggests, and while it has its stirring sequences, this lands far outside any of Beck’s more playful pastiche-in-a-good way moments of sexx law-defying and devil’s haircuts.

To its credit, Morning Phase does have a back-to-the-basics feel that renders the music as both robust and simplified. With glistening string arrangements (some of which provided by his father), gentle guitar strumming and multilayered, ethereal vocals, Beck offers a moody and mature sound, but also one that’s less dynamic than his previous LP, the Danger Mouse-produced Modern Guilt. Morning Phase somewhat succeeds as a first-thing-in-the-morning record, but the further you get away from a meditative state, it’s evident here that Beck’s songwriting relies heavily on too-easy imagery and heavy-handed metaphors: waves, pendulums, lost highways, dreaming, waking, blue moons, afterglows, reaching for sunlight and hearts beating like drums.

While Sea Change came out of the dark aftermath of a broken relationship, Morning Phase finds Beck married with children. Clearly evocative of the steady brightening of a dawn, this record serves as a fine companion to the mournful Sea Change, even with the span of a dozen years between the two. After a brief intro of silky strings eases the album open, Beck sings of awakening and starting all over again on “Morning,” as acoustic guitar strums and gentle piano plinks give way to soaring vocals by the chorus. In “Heart Is a Drum,” guitar arpeggios mix with haunting synth washes and harmonized multi-tracked vocals from Beck, and his voice, never his strongest attribute, floats skyward as the song picks up pace, though the “Beat beat beat/ It’s beating me down” lines again feel like lazy songwriting.

Morning Phase peaks with its centerpiece, “Wave.” Strings fade in and then ebb and flow from there as hazy vocals rise up and dissipate. While the repetition of the word “isolation” near the song’s end feels like a too-direct means of conveying the songs theme, the track is still a defining moment. “Blackbird Chain,” another highlight, takes a more down-home turn and moves away from the album’s more ethereal movements, featuring a diverse arrangement full of an almost Led Zeppelin-esque pedal steel and even touches of chimes and glockenspiels. And the tender plucking and airy, contemplative vocals on “Turn Away” blatantly steal a page from Simon & Garfunkel.

But first single “Blue Moon,” despite a refreshing mandolin and some cosmic effects, only offers bland songwriting and paper-thin vocals. “Unforgiven” is mostly uninteresting with its labored drum beat, reverbed piano chords, overly gauzy vocals and contrived lyrics about night, daylight, afterglow and time standing still. And “Don’t Let it Go” is so mopey and stripped down that it’s flat out boring. For every high point, there’s a valley; each crest has its trough. You could call that symmetry, but you could more accurately call it uneven. Morning Phase proves more instrumentally lush than Sea Change, but far less emotive in its songwriting. If you like to sleepwalk through the early hours of the day, Morning Phase is a pleasant enough sedative—but there’s little here for the cup of coffee or invigorating jog sort.