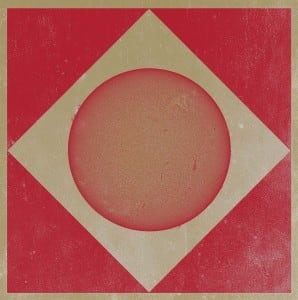 [xrr rating=3.5/5]What is Sunn O))) anymore? The project formed by Stephen O’Malley and Greg Anderson in 1998 started as a tribute band to Washington drone doom pioneers, Earth, but wound up producing some of the most ornate, progressive, and, frankly, out there metal of the last decade. The duo’s last proper LP, the masterful Monoliths & Dimensions, is nearly half a decade behind us and a lot has changed in the interim. Drone doom has seen decline in recent years with Sunn O))) somewhat out of the picture (though O’Malley and Anderson haven’t gone anywhere) and Japanese heavy music experimentalists, Boris–in the past responsible for holding the sound down in the eastern hemisphere–all but losing their edge in the same approximate time span. Not to mention that the Anderson-run Southern Lord imprint, once the veritable institution of metal’s left-field, has become home to the best of hardcore’s crustier, more metallic side. Things change.

Terrestrials is no different. O’Malley and Anderson’s newest under the Sunn O))) moniker is an improvised three-track set with Norwegian ex-black metallers and current electronic explorers, Ulver. The result sounds more akin to something that might’ve been released on Kranky a decade ago rather than anything immediately recognizable as a project Sunn O))) had their hands in. There’s nary a riff in sight and for the most part Terrestrials clings to the light rather than the foggy darkness perhaps expected at the sight of the Sunn O))) insignia. It’s safe to say O’Malley and Anderson have discarded their iconic wizard cloaks for this one. None of this is a detriment to Terrestrials however and it’d be disingenuous to say this is completely new territory for any of collaborators ensembled for this collection.

Here we get strings, brass, percussion and all manner of synthetic and organic drones to create vast atmosphere-heavy compositions that span ambient music and even find their way into the realm of free jazz. “Let There Be Light” opens the record with a wavery synth arpeggio, little flares of slithering strings licking at the track’s center as it builds. Far off trumpets and some moaning feedback coil inwards, a choir of synthetic-sounding voices cooing gently near the track’s periphery. The track seems to push and pull like the tide until the instruments dwindle only for some spastic drums to crash in and the whole ensemble to bloom into collective sound.

“Western Horn” provides a more bass-heavy journey through some windy, buzzy atmospherics like a trek through a cracked, apocalyptic desert, a yellow-grey sky hanging above a starved landscape. The final, third cut, “Eternal Return,” is the record’s standout moment. The track pushes forward with glistening keys, some electric-hot guitar playing, and the moan of wavering violins. Before long a thick, arpeggiated synth hook and a gothic organ melody take over. A deep masculine vocal slides into place, pushing the track skyward as it climbs a couple octaves. It’s beautiful.

Ultimately, Terrestrial is unabashedly a collaborative album. It feels like a minor stop off for both artists and despite touching on some truly breathtaking moments, there’s a slightness to the album that’s perhaps to be expected with its admittedly short run time and improvisatory nature. There’s not a lot of takeaway in regard to what Terrestrial’s means for the careers of any of the collaborators involved. The record is well worth a listen for anyone with even a passing affinity for the names assembled here even if it won’t go down as classic in either Sunn O))) or Ulver’s catalogs.