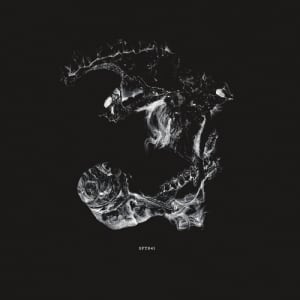 [xrr rating=2.0/5]How much repetition can you get away with? In the world of rock and rap, the answer is often “not much.” One-riff bands and samey hooks might nab air time but they don’t earn critical acclaim. The question becomes thornier when you wade into electronic music. Disclosure made one of the finest dance tracks of last year by looping a motivational speaker ad nauseam, and producers and beat makers that play on the edge of ambient and drone can get away with quite a bit more. Repetition can become mesmerizing when used by artists like Oneohtrix Point Never or Andy Stott, but Thug Entrancer takes it further, to a mind numbing level. The songs on Death After Life move at a glacially slow pace and despite the build there’s often little pay off. Death After Life is a patience-testing album that, by and large, isn’t worth the wait.

In late January, Thug Entrancer (aka Ryan McRyhew) dropped stunning visuals to go along with the album’s first track, “Death After Life I.” The video was terrifying and hallucinatory—like some sort of digital arts fever dream, and “I” set the perfect background with its unnerving and dark structure. Take away the accompanying video though and the track becomes unremarkable. McRyhew is deeply connected to the visual arts, so maybe it makes sense that many of these songs are in need of companion trippiness, but this becomes a huge liability as the album crawls along.

McRyhew isn’t a fan of succinctness (the majority of Death After Life’s tracks last over six minutes) and the album can turn grueling. “II” is an experiment in minimalism that fails to be captivating in any regard, and “Ready to Live Pt.1” starts with promise but goes over the eight minute mark, leaving any traces of interest far behind. “IV” has a similar problem. It begins with some of McRyhew’s best production but that’s not enough to justify the eight-minute runtime. McRyhew also shoots himself in the foot on a few occasions. “III,” the longest track here clocking in at over nine minutes, nearly deserves its length. It’s a slippery monster of a track that snakes around like a less maximal version of Gesaffelstein’s “Pursuit.” Unfortunately, two minutes from the end, McRyhew turns the track into buzzing abstraction, and a wall of sound and random noise swallows up the formerly streamlined song. It’s a completely pointless detour that poisons one of the album’s best songs.

Thankfully there are a few gems to salvage. “V” is the album’s most brutal piece, and it moves at a fantastically frenetic clip. In the opposite direction is “VI,” which holds a great molasses-like groove. The strong kick-drum anchors the song as twitching synths hover above. Unfortunately, after those two tracks it’s all downhill. “VII,” despite some dizzying and glitchy synths, never becomes fully fleshed out, even after six minutes. “VIII” isn’t just the album’s most frustrating moment, it’s also the song that best represents the record. Clattering snare drums and rising keyboard lines hint at excellence, but they never overtake the song and propel it to truly great heights. It’s so painfully close to being good, but falls short, much like the record as a whole. Life After Death is an album filled with tantalizing glimmers of brilliance quickly overtaken by doldrums.